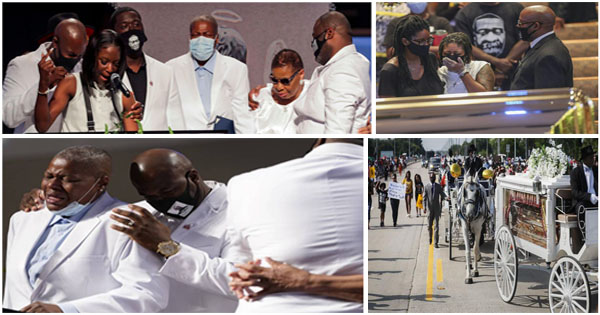 George Flyod passed away at the age of 46. That his soul rests in peace. Hundreds of people from the city of Houston came to say a final goodbye to the man who turned the world upside down by becoming a symbol of police violence, since he died of suffocation following the fact that a police officer Minneapolis put his knee on his neck. The video of his death was so shocking that the whole world stood up against racism and injustice. Demonstrations took place in all the cities of the United States, in England, France, Canada, Germany, South Africa etc.

It is a difficult and moving time for the family of the deceased and the people of Minneapolis. This Tuesday, June 9, 2020, was the private funeral of Georges Flyod in the Fountain of Praise Church in Houston Texas. This ceremony was reserved for the family.

Tears, gospel songs, rallying cries, his funeral was moving and very poignant. His coffin was drawn in a horse-drawn carriage by white horses, before the tearful eyes of hundreds of people in front of the church. 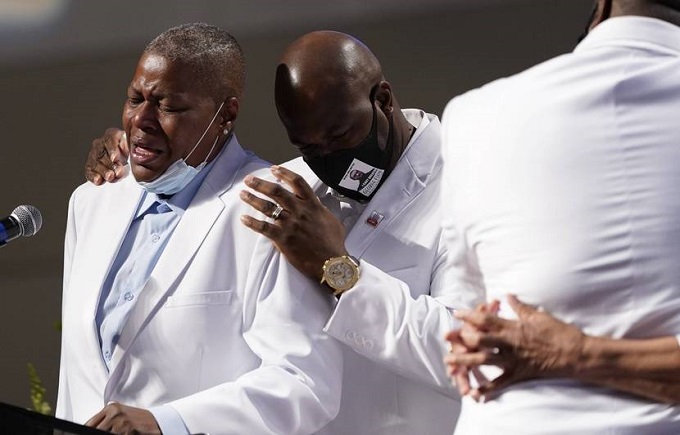 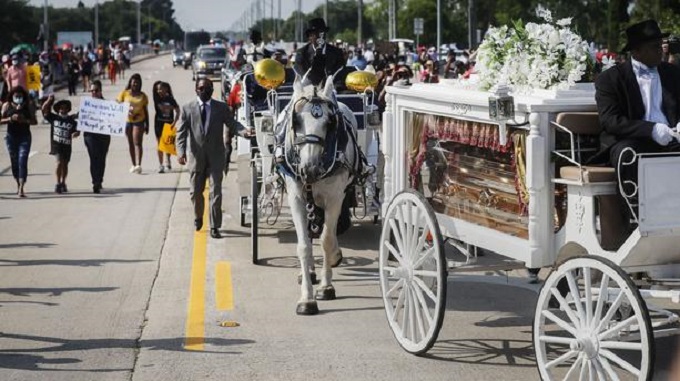 The crowd chanted “Say his name”, and “We will breathe”, in reference to George Floyd’s last words during his last hours of life.

There were more than 500 guests, including the families of other black American victims of police violence from Trayvon Martin, Eric Garner, Michael Brown, celebrities and political and civil rights figures.

Among them are figures of African-American activism, lawyer Ben Crump and Pastor Al Sharpton. Reverend Sharpton, delivered the eulogy, which was broadcast live to millions of homes. He accused Donald Trump of “malfeasance”, accusing him of encouraging police officers to believe they are above the law. 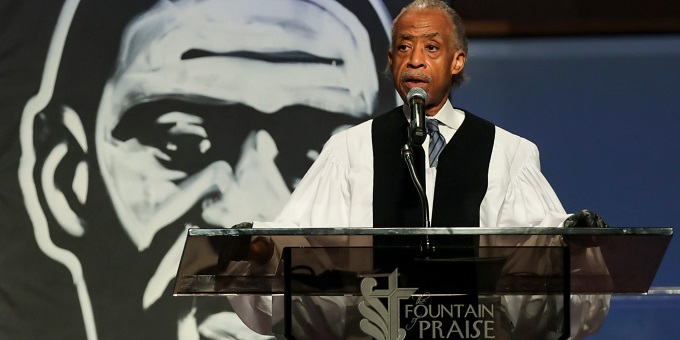 “God took the rejected stone and made him (#GeorgeFloyd) the cornerstone of a movement that’s gonna change the whole wide world.” — @TheRevAl #GeorgeFloydFuneral #BlackLivesMattters pic.twitter.com/kLaTqugoVB

“Some say he wants to give America back its greatness”… “But, when was America great?”

‘Hello, my name is Brooke Williams, George Floyd’s niece, and I can breathe.’ — These were the most moving moments from the George Floyd memorial services pic.twitter.com/PklztRAyc6

“The first thing we need to do is clean up the White House.”

Also in attendance were actors Jamie Foxx and Channing Tatum, boxer Floyd Mayweather, who performed the ceremony, as well as Mayor Sylvester Turner and Police Chief Art Acevedo. On many of the family masks were George Floyd’s last words, “I can’t breathe,” and the slogans used by the demonstrators, “Justice for George Floyd” and “No justice, no peace”. 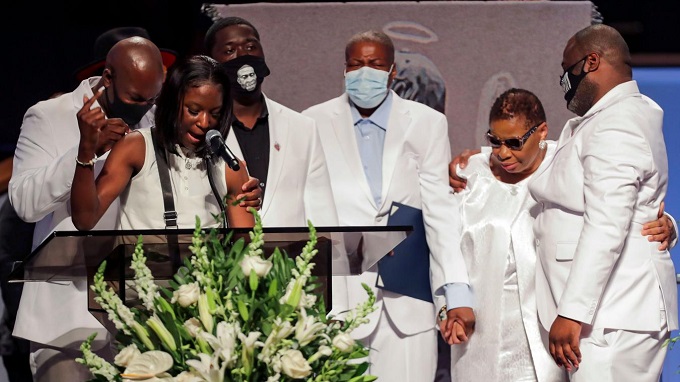 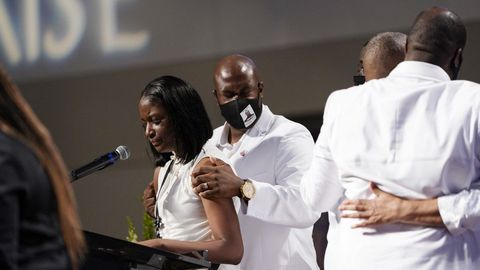 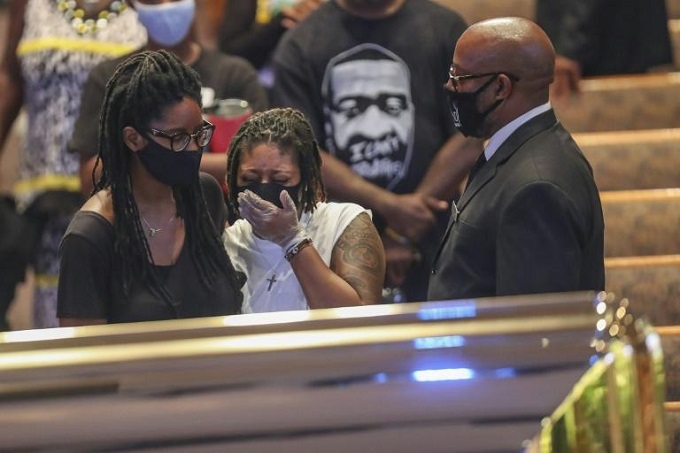 The family is demanding justice for George Flyod and that his murderer go to jail.