Justice for George Flyod: outraged Minneapolis residents take to the streets to call for the arrest of four police officers 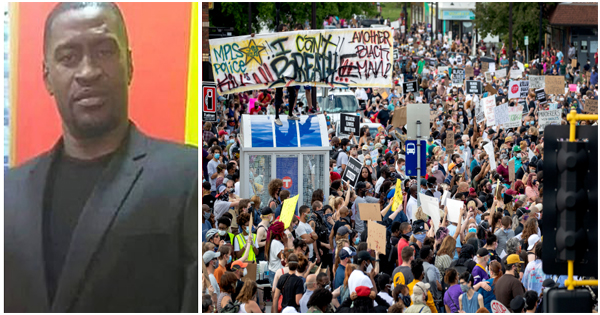 Justice for George Flyod: outraged Minneapolis residents take to the streets to call for the arrest of four police officers

Even the coronavirus pandemic could not stop racial hatred. Some police officers allow themselves to make mistakes in front of passers-by without a conscience. But where’s the world going? What’s it all about? Tell me, when is racism going to stop? Too much has happened, we need laws to regulate police violence, because every day such sad stories are repeated with no impunity. The police are the representatives of the law. They cannot afford to commit such abominable acts without consequences.

But how did it all start?

On Tuesday, May 26, 2020, an online video went viral on social networks. It shows the cold-blooded murder of a black man in his forties in front of numerous witnesses by a racist police officer. George Floyd is a man who ended up at the wrong time and in the wrong place. He was stopped by four white Minneapolis police officers. One of them pinned him to the ground and put his knee on his neck.

BREAKING: A video shows a Minneapolis police officer pinning down a black man by the neck with his knee for several minutes as the man screams: “I can’t breathe.”pic.twitter.com/V9K3IU36ap

Floyd was having trouble breathing. For long minutes, he begged the officer to remove his knee so he could recover.

But the policeman didn’t react. Numerous witnesses gathered around the scene and asked the officer to remove his knee. But nothing happens. When the ambulance arrives, his killer removes his foot. But it’s late, Floyd has stopped moving and seems unconscious.  He died a few hours later at Hennepin County Medical Center.

Who was George Flyod?

George Flyod was a security guard at the Conga Latin Bistro in Minneapolis. The bar owners described him as a quiet, kind man. 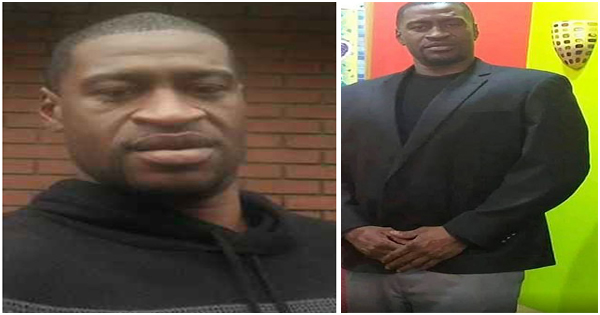 Protest in the streets of Minneapolis

Minneapolis is angry. Regardless of skin color and origin. Minneapolis residents took to the streets to express their outrage at the murder of a black man, George Flyod, as a result of police violence. They carried placards saying “Justice for Flyod” and “I can’t breathe”. Some of them surrounded a police station Tuesday night demanding that the four police officers involved in the barbaric murder of Floyd be arrested and sent to jail. They demand justice. Why is it that after this video that testifies to police violence, none of the police officers have been arrested so far? Instead of being arrested, they were just fired.

I knew #GeorgeFloyd personally. So, the media can’t tell me nothing. When we did community outreach in the hood he was a “person of peace”. He wanted to see us come together as a people. They murdered him in the street. You see why #BlackLivesMatter has to be stated. This hurt 😢 pic.twitter.com/uwAH1ygiQX

Lots of violent images being shared, this is the protest before cops fired gas. They hired the first shot. Not us. But they dont hear us when we march so we fight back. #GeorgeFloyd #BlackLivesMatter #Minneapolis pic.twitter.com/jCwsu3D6QY

Aerial footage from yesterday’s protests in Minneapolis in response to police killing #GeorgeFloyd. This is probably the largest public US demonstration over police brutality since the onset of the pandemic. pic.twitter.com/kwlnkPIVsc

Instead of understanding the protesters’ pain, Minneapolis police officers fired rubber bullets and tear gas at them to disperse the crowd. To limit the effects of the gas, some protesters had their faces sprayed with milk. There are images of chaos in the streets.

George Flyod’s girlfriend, Shawanda Hill, is crying and distraught. She was photographed near the crime scene where her boyfriend was murdered. The family of the deceased is demanding reparations. They want the four cops to be charged with murder.