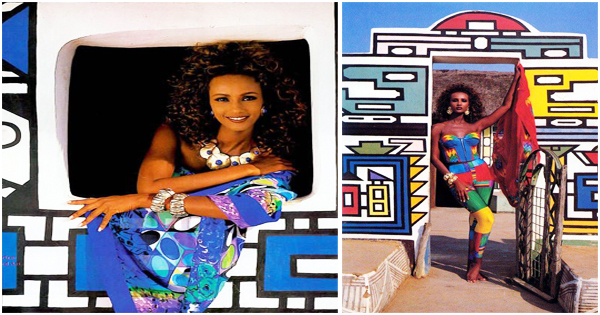 For lovers of traditional fashion, Afroculture.net presents a nice photo shoot of the Somali model Iman, posing in front of a Ndebele house. For this special occasion, she is wearing a top and pants in total Ndebele look, which she looks great.

What is the story behind this picture?

The Ndebele are a people who have been living in South Africa for thousands of years. They stand out because they have the tradition of painting beautiful murals on their houses. But for some time now, geometric murals have been disappearing.

To raise awareness about this traditional art, supermodel Iman decided to make a long trip to South Africa. During her stay, Iman posed in front of a painted house of the Nebele. Then, she headed north of Durban to the village of Mabhokho with Natori dresses and Ciro jewelry where she met and exchanged with Ndebele women.

She was able to observe their trade and their talents for hanging murals. She also took the opportunity to paint her body.

Franzina Ndimande and her daughter Angelina, two Ndebele women, were very amazed by the haute couture outfits Iman was wearing.

“Well, you paint murals and that’s your work. This is mine. I wear clothes and people take my picture. But please, tell me why you paint these houses. “

Angelina’s mother, Franzina, explained to her :

“It’s cultural. Mothers teach daughters. Traditionally we have been a polygamous society, and this style of painting has been both a form of tribal identification and a way to distinguish which house belonged to which wife. You see, each woman has a distinctive style of painting, so by looking at the designs and the colors, anybody passing by would know who lived where. “

This beautiful photo was taken in 1992 by Margaret Courtney-Clarke. 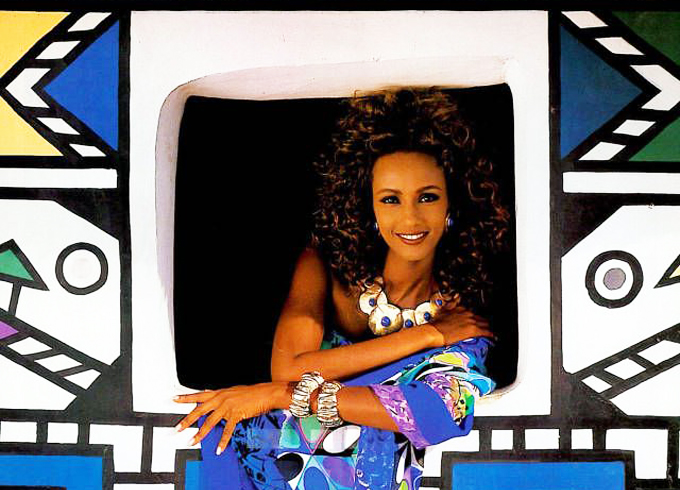 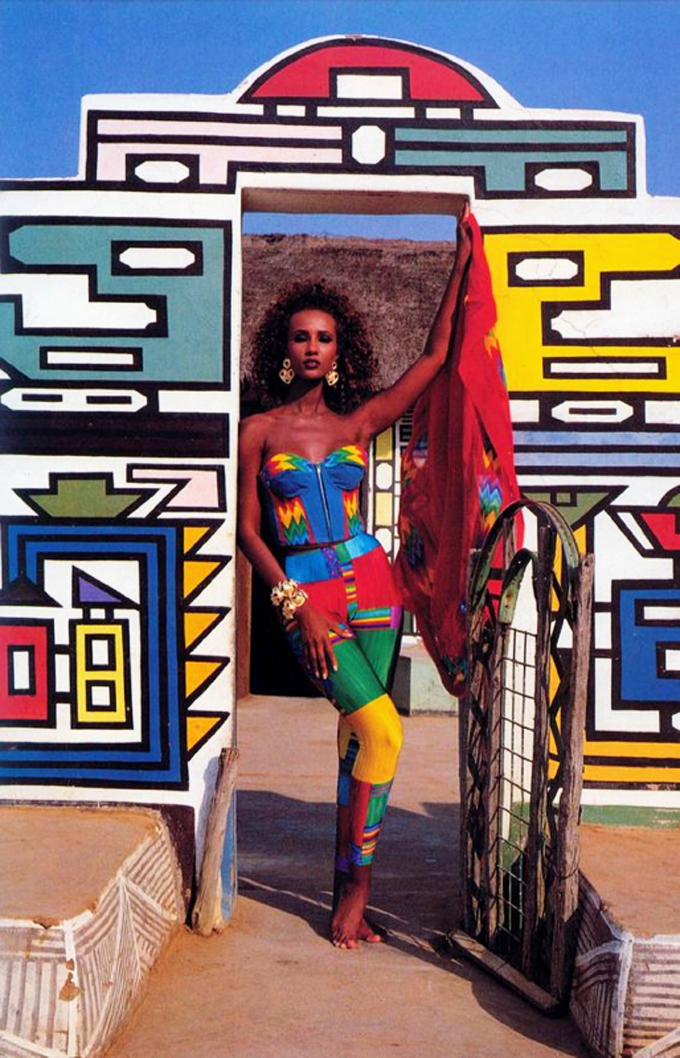 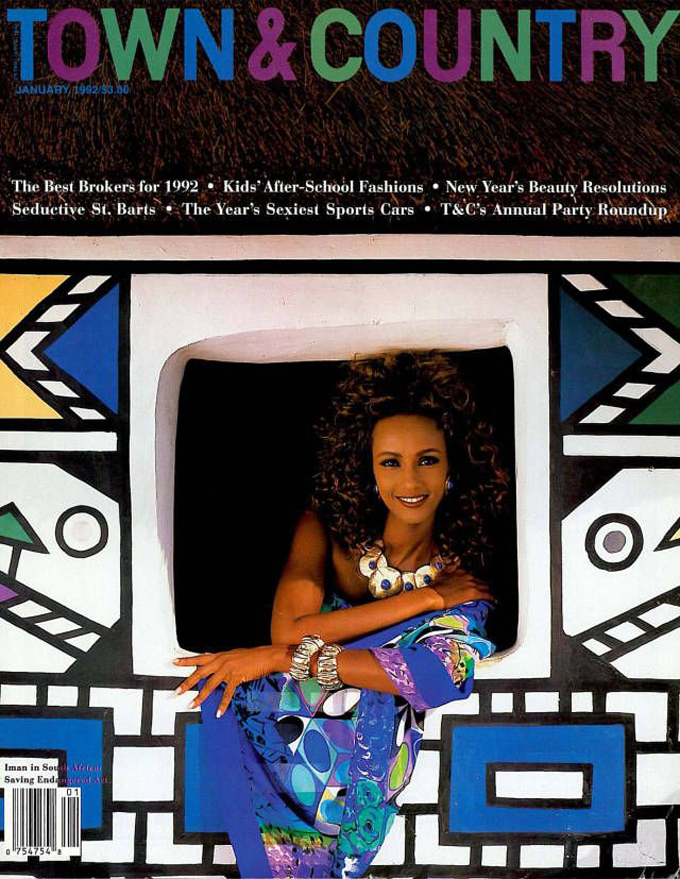 11 Black supermodels who have marked the history of fashion 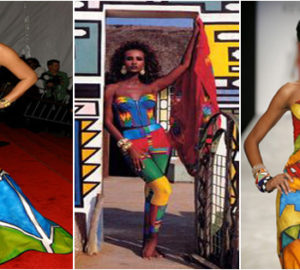 Let yourself be seduced by the Ndebele fashion