Breakfast is the most important meal of the day. It is essential because it gives the nutrients the body needs to start the day. In Africa, breakfast is paradoxical and spectacular, as it can be eaten for lunch or even dinner. Delicious and easy to prepare, they will make you want for the whole day.

Boflotos are sweet donuts that are eaten in the morning for breakfast in Cote d’Ivoire. 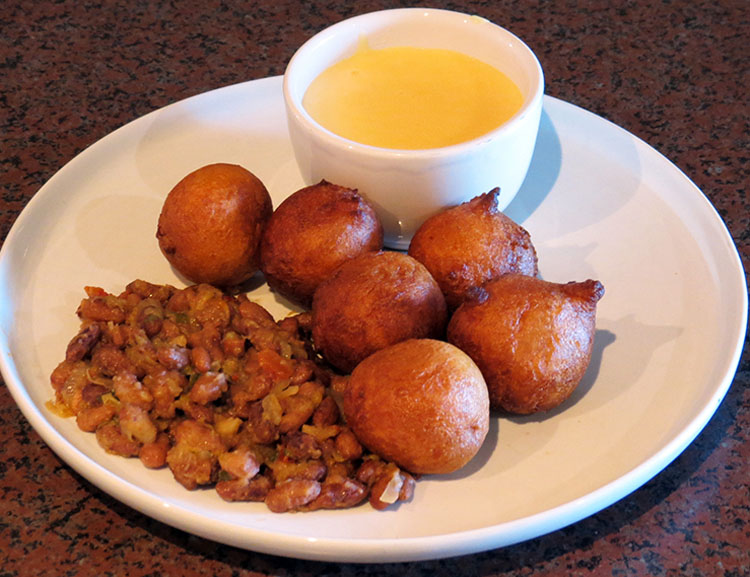 In Cameroon, we take beignets-beans or donuts-boiled in the morning as breakfast. But, you can also eat bread spread with chocolate, butter, pâté, or simply bread with omelette.

Mikaté are soft donuts prepared from flour, water, baker’s yeast, vanilla sugar, a little salt, a bath of frying oil. It is eaten as a breakfast or dessert.

Other Congolese take a hearty breakfast, with a baguette, tea and milk very sweet. The wealthiest households eat an omelette. 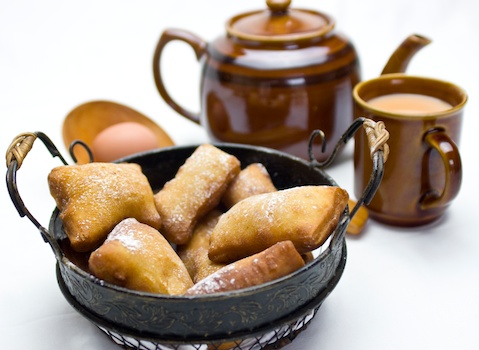 Mandanzi or Chai na Mandazi is a simple and traditional breakfast for those traveling to Kenya. Originally from Swahili, the Mandazi is a sweet bread or sweet donut served with Chai tea. They reflect part of the history of Kenya in one bite. On the other hand, tea is a British colonial relic, brewed with milk and sugar, with notes of spices. 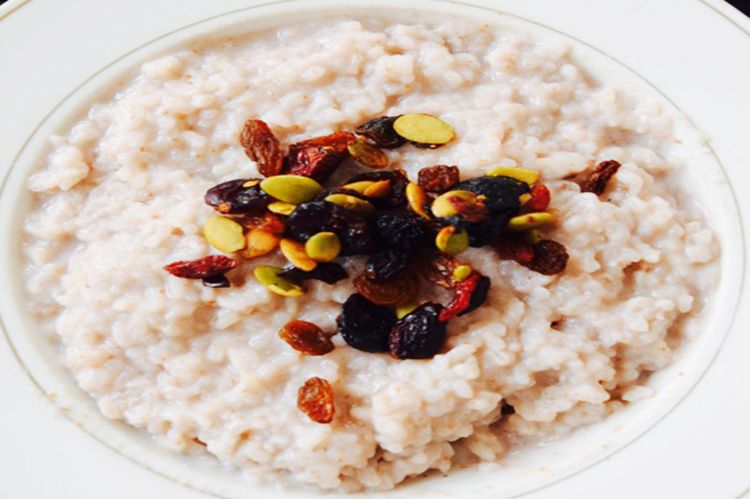 Churah Gerteh is a dish with rice, peanut butter, water and sugar. This is a typical Gambian breakfast. 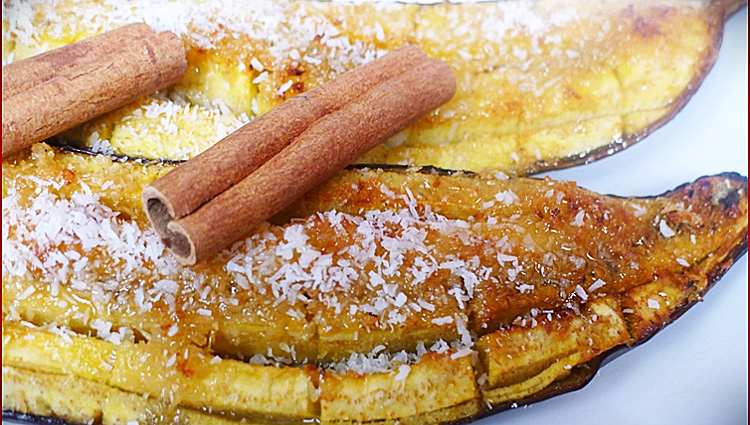 Akwadu is a biscuit made from banana and coconut which is more a breakfast than dessert. It is a delicious and simple combination of bananas, cooked with citrus, butter, coconut and sugar.

Many Senegalese begin their day by eating bread called “mburu”. At breakfast, he eats a sandwich with a traditional Ndambé dish. These are beans cooked in a spicy tomato paste. 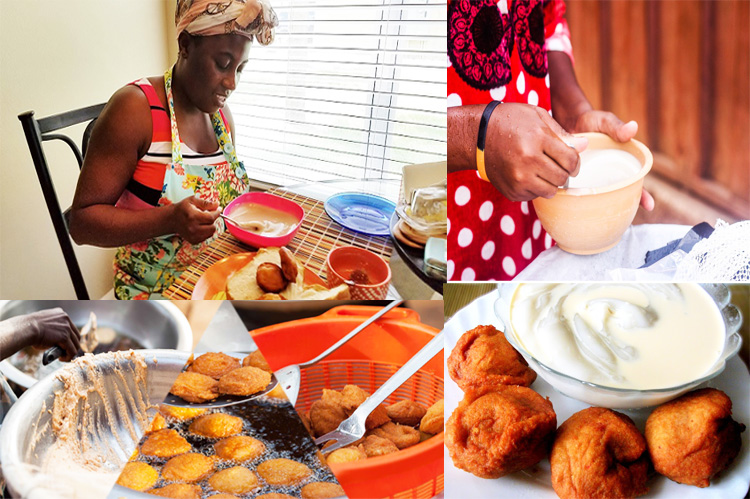 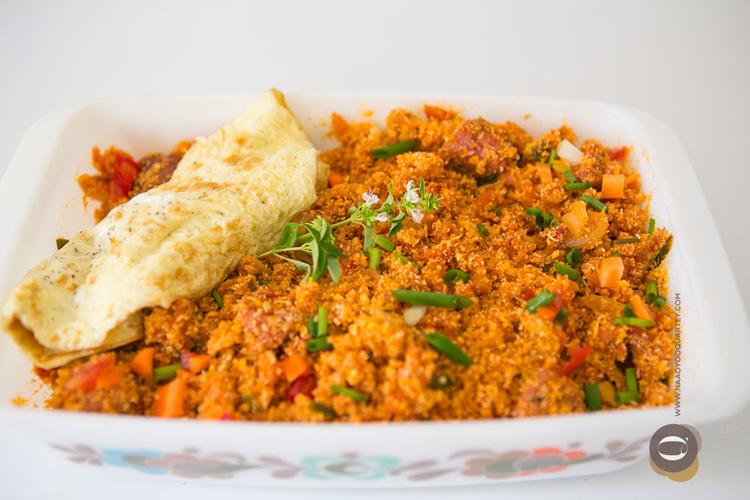 Some Ghanaians eat a dish based on “gari” fermented and dried with eggs. Sometimes it is accompanied by tomatoes, onions and spices. 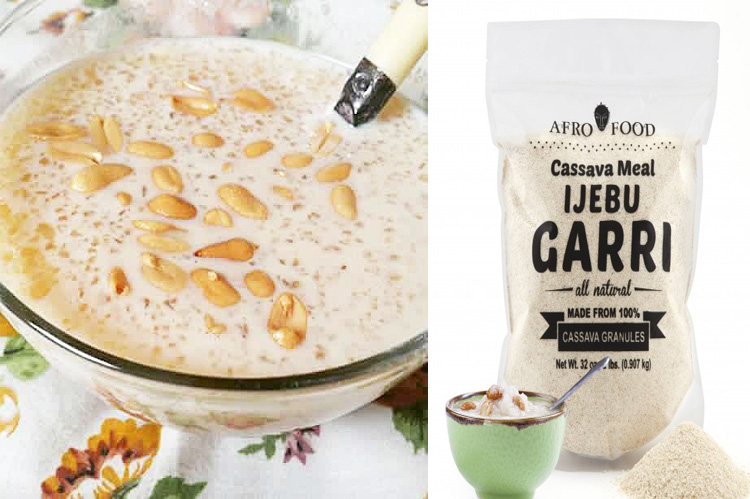 Garri is a powder or flake of manioc. It can be eaten in the morning or as a dish during the day. Very consumed in Cameroon, Benin, Nigeria, Sierra Leone, Togo and Ghana. We can also write it gari, garry or gali. 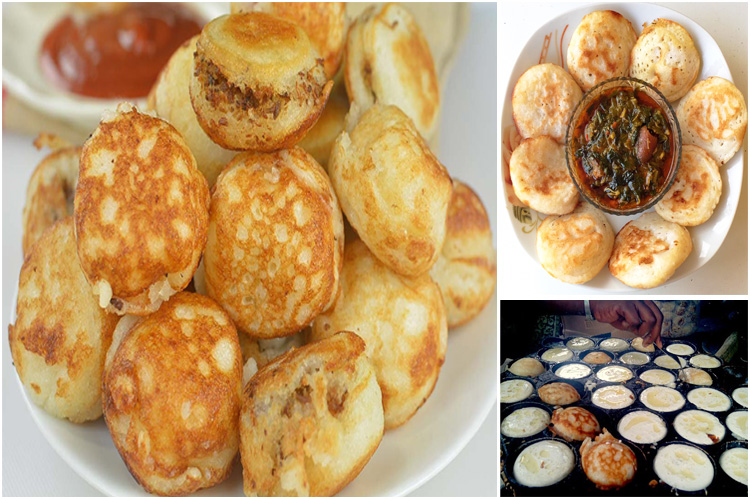 In northern Nigeria, the popular breakfast is Masa (hausa masa). It’s a popular snack, similar to a fried rice cake. Recipes are different depending on the individual. But, it normally consists of a hot and crispy rice ball prepared in a saucepan. Then served with honey. 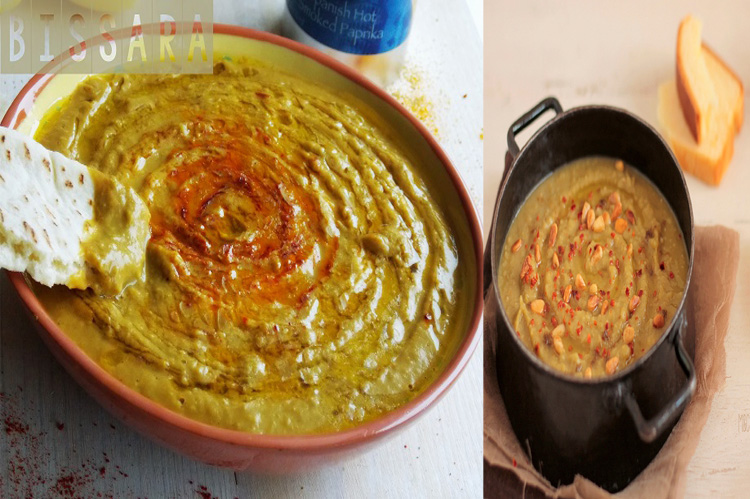 Bissara is  a soup of split peas or beans. Traditionally, it is served with dry bread.

Others eat it with pancakes watered with honey and melted butter, orange salad with cinnamon and orange blossom. They accompany all this with mint tea or coffee with milk. 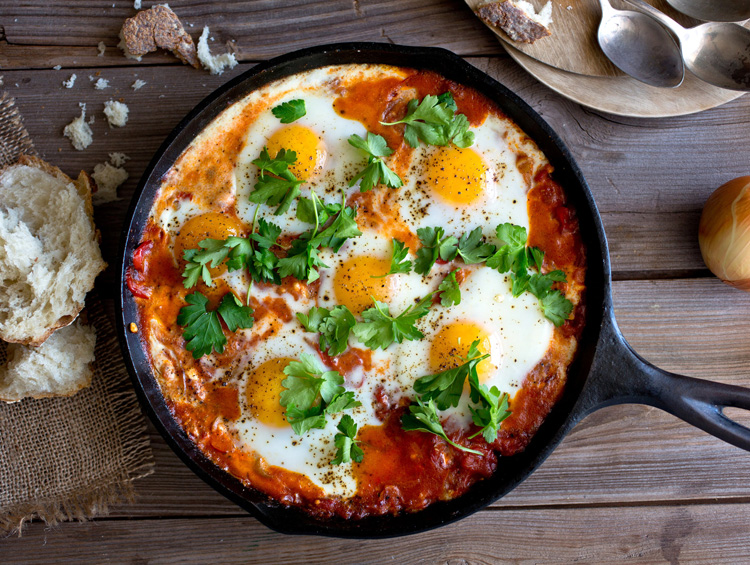 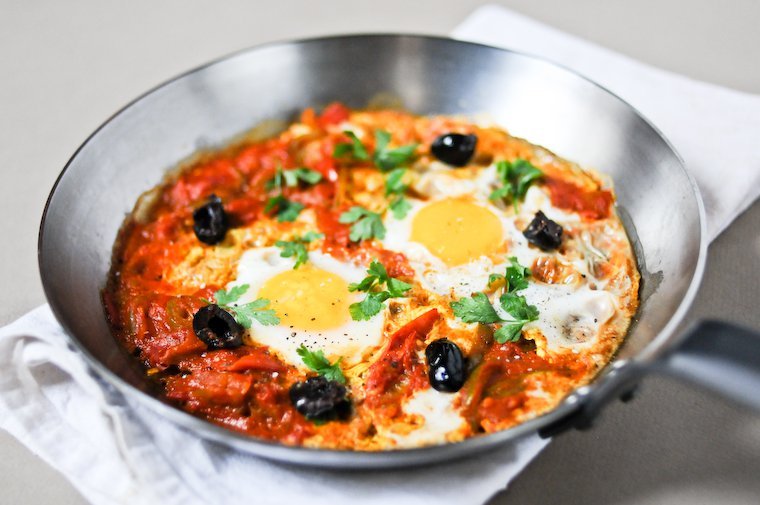 A popular breakfast in the Maghred, Shakshouka is an egg-based meal cooked in a sauce of tomatoes, peppers and onions, often spiced with cumin. He is eaten with bread. 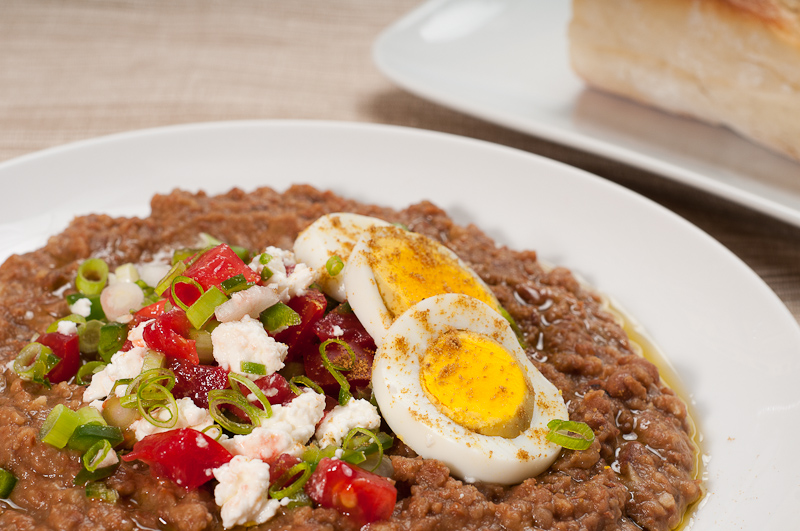 Of Egyptian origin, foul medames is a very popular dish consumed at breakfast in the Middle East. It is a dish of cooked beans served with vegetable oil, cumin and possibly with chopped parsley, garlic, onion, lemon juice and boiled eggs. 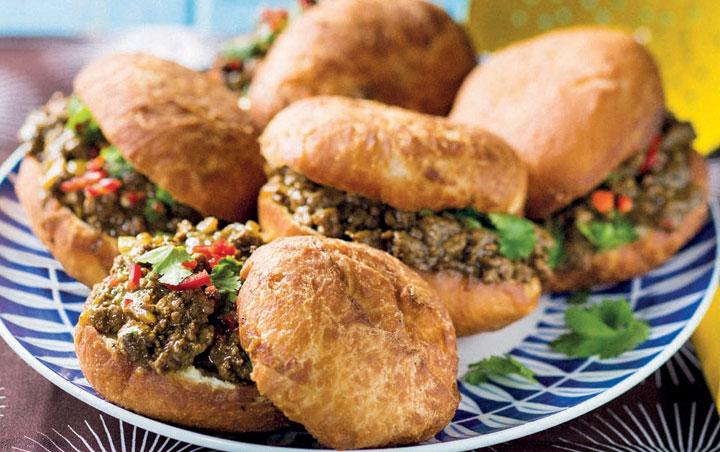 In South Africa, the Magwinya also called “mieliepap” or “vetkoek” is a traditional breakfast for black South Africans. It is a unique and generally more refined bread with South African cream, stuffed with grated cheese or vegetables. In township it is eaten with fish or beef.

For white South Africans, this is an English breakfast made from eggs, sausages, cooked beans. 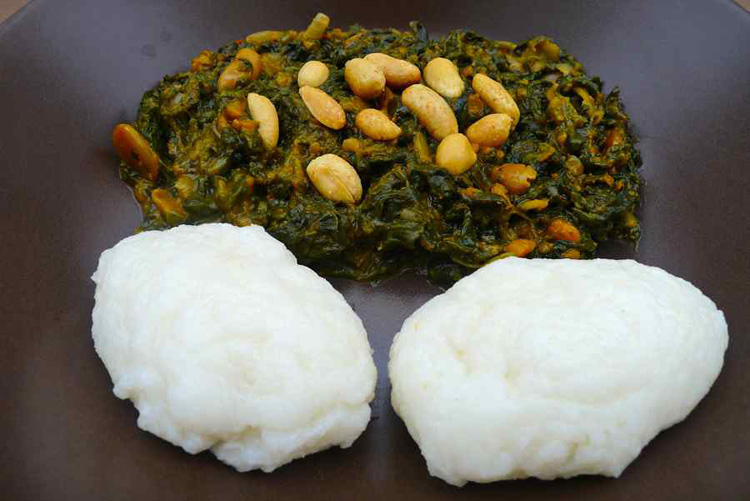 Nshima is a poridge boiled with corn flour. It can be consumed slightly sweet, in the form of porridge, with milk, at breakfast. For other meals, it serves as an accompaniment with bread and is eaten with the fingers. 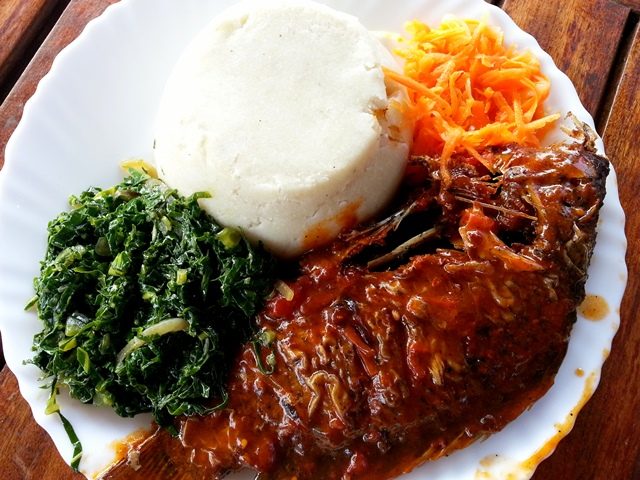 Ugali is a dish made from a mixture of thick corn flour and water. It is a cornmeal that hardens when cooking. Very stuffy, it fills the stomach well and people love it. 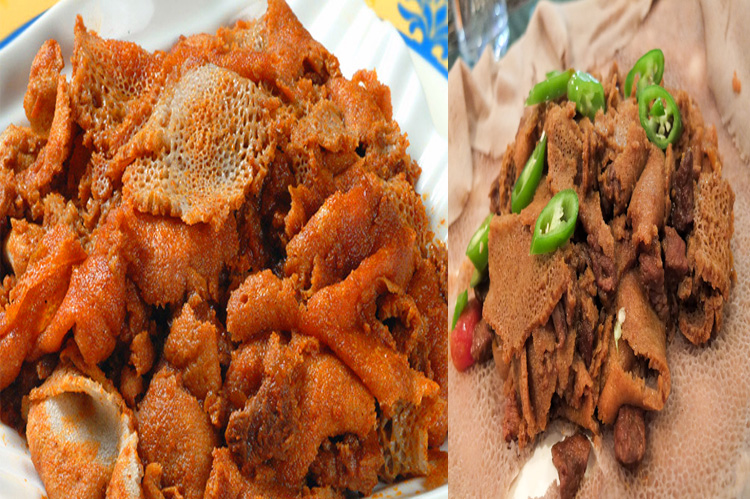 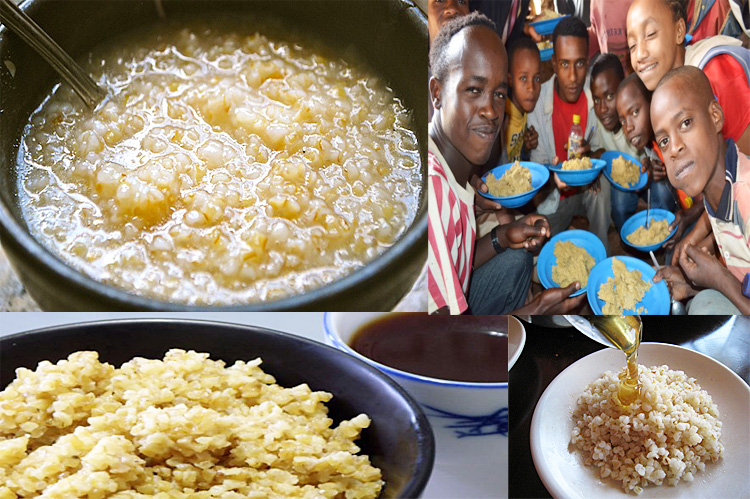 In Ethiopia, children’s breakfast is the “kinche”. It is an Ethiopian oatmeal. “Super-easy, nutritious, fast and inexpensive, it is prepared from 3 ingredients cracked wheat, water and oil or butter. 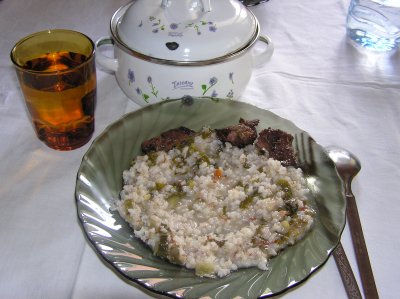 Varier sosoa is a porridge of rice, which is accompanied by “kitoza”, that is to say, dried pieces of beef.

On the other hand, some wealthier households consume haud chocolate or coffee, sweetened with condensed milk. Fresh milk is very difficult to maintain in the tropical climate. 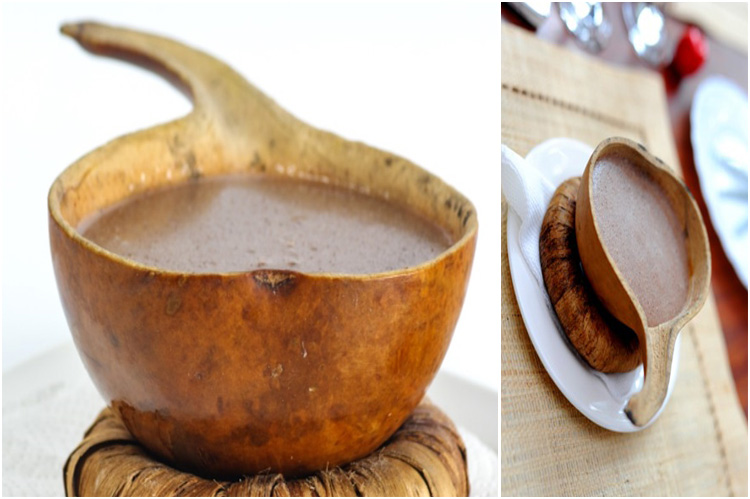 In East Africa, for example in Kenya, many people eat Uji as a breakfast. Uji is a fine porridge made from ground corn or millet, sweetened with honey and sugar. 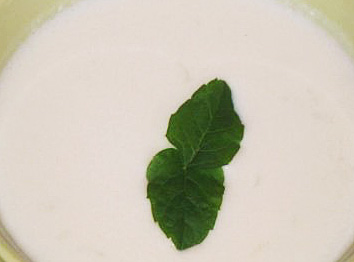 Porridge in Chad is made with wheat or corn flour and flavored with peanut butter, milk and sugar – but with the added addition of lemon juice.

And you, what is your country’s breakfast? 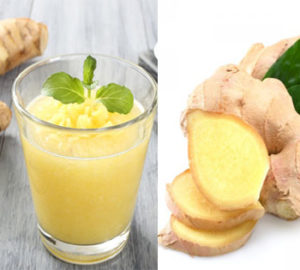