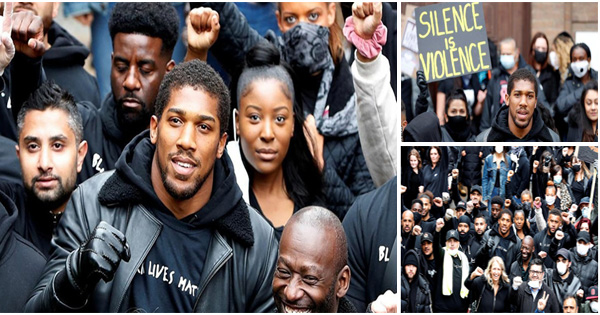 British boxer Anthony Joshua’s committed and powerful speech against the virus of racism. 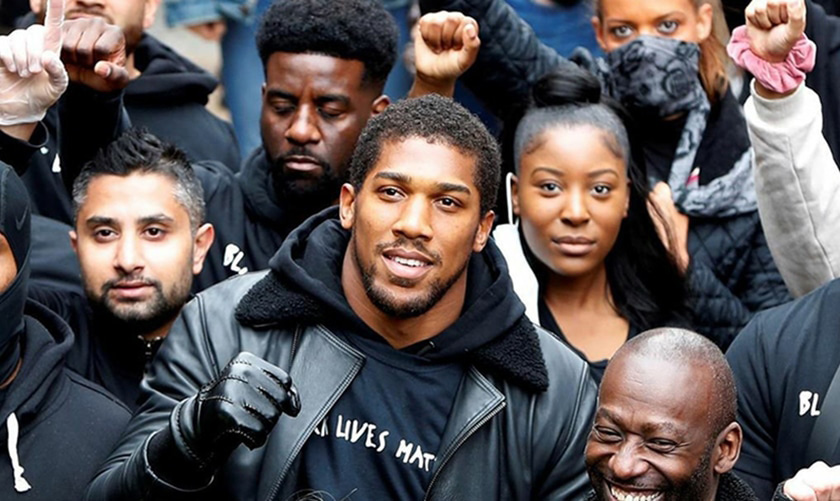 On Saturday June 6, 2020, at a Black lives Matter protest in the United Kingdom, British boxer Anthony Joshua protests against racism..

In his hometown of Watford, the chanpion of the WBA-IBF-WBO titles, spoke to encourage people to fight racism and police violence.

The deaths of George Flyod and many others are the result of racism that is very present in all spheres of our society. The heavyweight boxer stresses that things have to change. We must fight against this scourge of racism which has caused the death of so many people. He underlines that all together we are the vaccine for this disease which is called racism. Our duty is to combat the spread of this problem..

Racism prevents people who are victims of it from living in peace. It deprives them of their human rights. They are oppressed on a daily basis by placing glass ceilings over them. Anthony Joshua, a true force for change, calls for us to be the solution, a vaccine to the racism that is polluting our society. 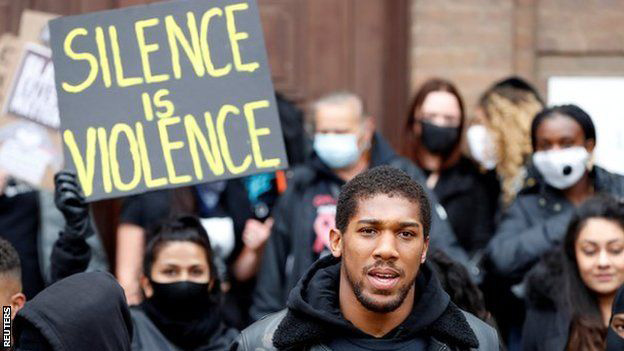 His powerful speech against the virus of racism..

“Today we join many thousands of protestors in the UK and many hundreds of thousands across the globe.

“We stand united against the virus that has been instrumental in taking lives, lives of the young, old, rich and even poor.

“A virus that is not apologetic, a virus that spreads across all sectors of our communities, sports, education, churches, entertainment, the media and even the government.

“Not just in the UK, but across the world. The virus has been declared a pandemic. It is out of control. And I’m not actually talking about Covid-19.

“The virus I’m referring to is called racism. How long are we going to allow racism to spread through our communities – and right now we are in the community – and affect our lives without using the vaccine you already have in your possession?

“What is the possession? Me and you. You are the vaccine. I am the vaccine. We can no longer, from today onwards, be proud, we can no longer sit back and remain silent on the senseless and unlawful killings, sly racism of another human being based only on what? Their skin colour.

“We need to speak out in peaceful demonstrations, just like today, so well done Watford, inject the vaccine. We must not use a demonstration for selfish motive and turn it into rioting and looting.

“We need to be united in non-violent demonstrations, show them where it hurts, abstain from spending your money in their shops and economies, and invest in black-owned businesses.

“And that’s for all communities, if you want to uplift yourselves, invest in your own businesses. We have to engage with the youth, I completely agree with that, and put an end to black youth gang culture.

“I’m going to be real with you about gang culture. I’m down to ride 100 per cent, but what you have to realise is it’s done, it is done, trust me, unless you want to be sitting in jail spending years upon years of your only life that you have thinking about ‘Yeah they can lock the locks but they can’t stop the clocks.'”

“That’s all done because there’s too much cameras, too much intelligence, all the OGs that I know are telling me, ‘Bro, it’s finished. It’s finished’. Gang life is finishing, that’s what we’re saying, I know that, I’m not promoting no gangster business.
“I’m a legit straightforward hustler, that’s just in my DNA and in my blood. I know I’ve taken my street knowledge and put it into the corporate world and I’ve gained a lot of respect in that sense. Gang culture is done.

“This postcode war. How many houses do we own on that postcode that we’re fighting for? Let’s inject the vaccine. Every life matters. 100 per cent I agree with that, but that includes black lives and that’s why we’re here today.

“George Floyd, we’re all aware of his name, was the catalyst in a list that was already way, way, way too long. But ask yourself a question, how does the looting for the latest flatscreen TV help him or his family?
“How does burning down shops and taking another life stop the virus from spreading? And remember the virus we’re talking about is racism.
“Killing a person outright is unforgivable, but stripping them of their human rights, oppressing them, mocking them, insulting them, placing glass ceilings above them just because of what? Their skin colour? It’s just a slow way of killing them and taking the life out of their soul.

“We must unite as a human race and that’s what we’re doing here today.” 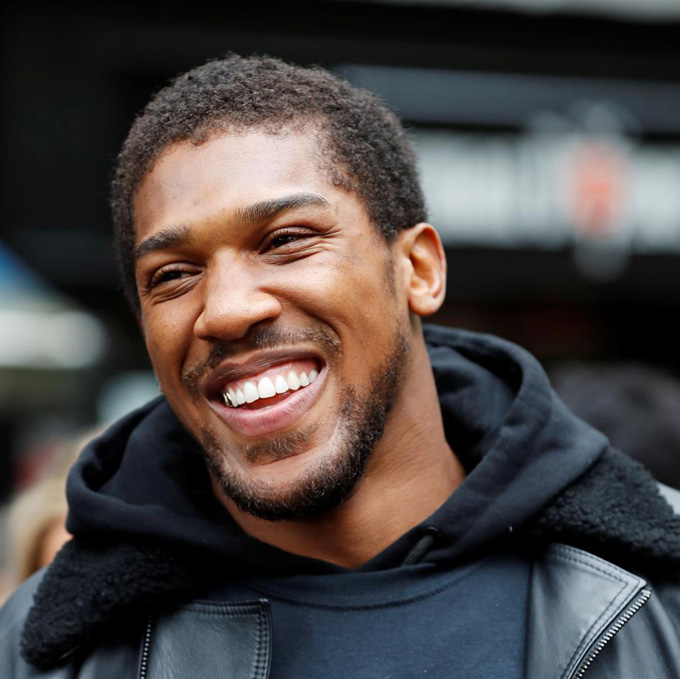 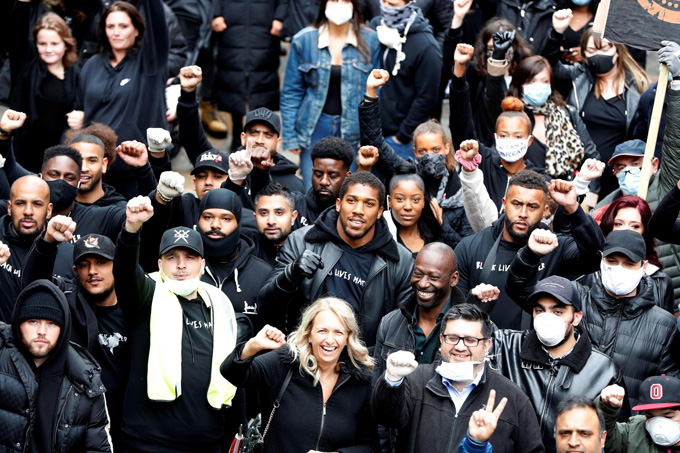 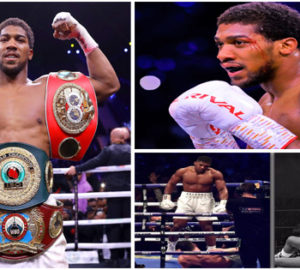 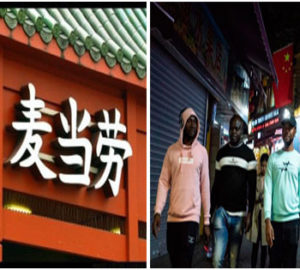