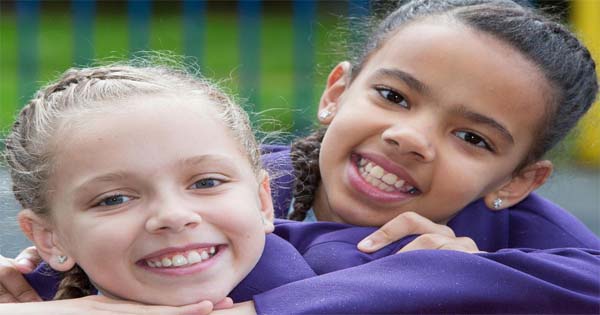 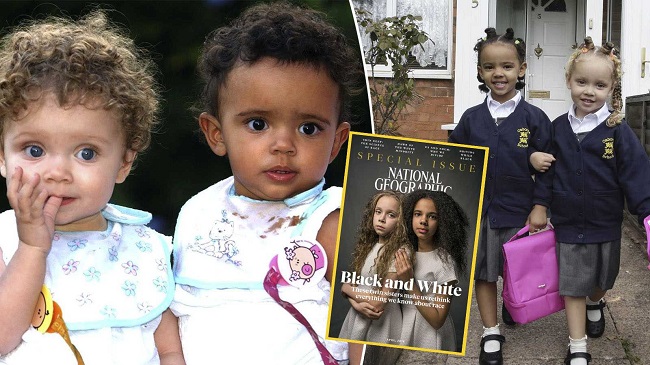 Afroculture.net tells you the incredible story of Amanda Wanklin and Michael Biggs, a biracial couple from Birmingham, England who fell in love and were fortunate enough to have fraternal twins of different skin, one is black and the other is white. This fantastic story is a true testimony against racism and proves that the notion of race doesn’t exist in genetics. Genetics is amazing, it makes its law. She makes fun of racist men who make distinctions between people.

She plays with stereotypes, with differences and emphasizes that we are all equal, no matter what our skin color and that the notion of race scientifically does not exist.

On July 3, 2006, Amanda Wankin will give birth to fraternal twins at Good Hope Hospital in Sutton Coldfield. The rare case is that his binoculars have different skins. One is black and the other is white. This phenomenon occurs in a fraternal birth of 100. “one in a million”.

The peculiarity of fraternal twins, Marcia & Millie, of different skin.

Marcia has light skin, blue eyes and blonde hair. She is closer to her Anglosaxon mother, who is white. On the other hand, Millie is more like her black father of Jamaican origin, she has darker skin, brown eyes and black hair.

At birth, twins were identical. But by 10 months, Millie’s skin has become darker.

“The tops of his fingers and ears began to darken…”

“We’ve never worried about that. We simply accepted it. »

“I thought, “No problem – one black, one white. “, Michael told National Geographic.

Scientifically, how to explain this phenomenon of twins with different skin.

This phenomenon has a one in a million chance of happening. This condition is often the result of a genetic mix of generations. In genetics, this is called atavism. Atavism is the ancestral reappearance of a genetic trait in an individual who should not possess it. This is interesting because a gene can remain dormant for a very long period of time, even millions of years, within the genetic makeup of countless generations. This gene present in a sperm can lead to babies with different skin types. 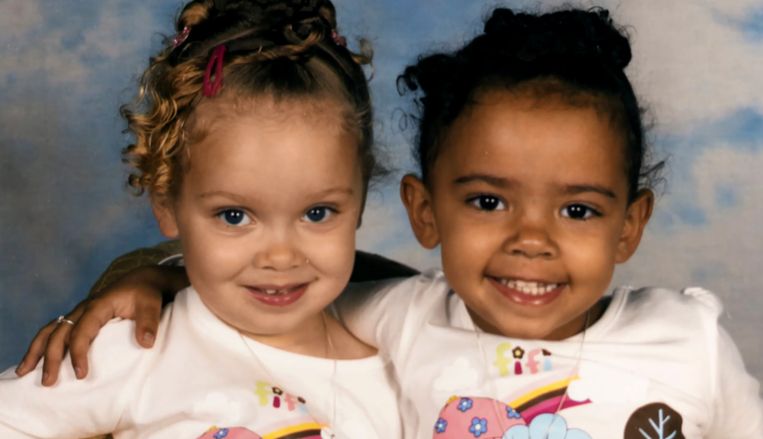 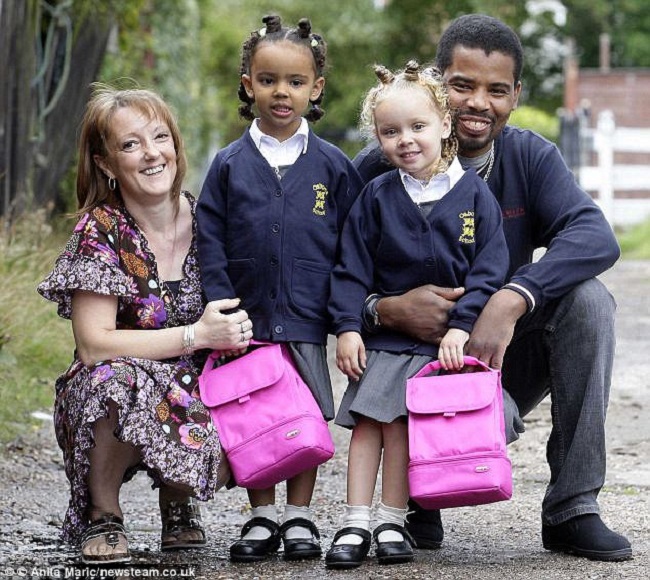 Fraternal twin, that is to say?

They are defined as fraternal twin, not identical, because the two eggs of the mother were fertilized by two different spermatozoa. Fraternal twins represent about one in every 100 births. Millie and Marcia have different skin colors because eggs share only 50% of the same DNA.

According to Genetician Alicia Martin:

“For biracial couples, the traits of fraternal twins depend on many variables, such as” the origin of parents’ ancestors and the complex genetics of pigments “

“It is not uncommon for biracial couples to see their fraternal twins look more like one parent than the other. “

“In genetic terms, skin color “is not a binary trait” with only two possibilities, notes Martin. “It’s a quantitative trait, and everyone has a gradient on that spectrum.”

“Modern science confirms that visible differences between peoples are historical accidents” – result of mutations, migrations, natural selection, isolation of certain populations and interbreeding among others.

These are not racial differences, because the very concept of race, to quote the pioneer of DNA sequencing Craig Venter, “has no genetic or scientific basis”. 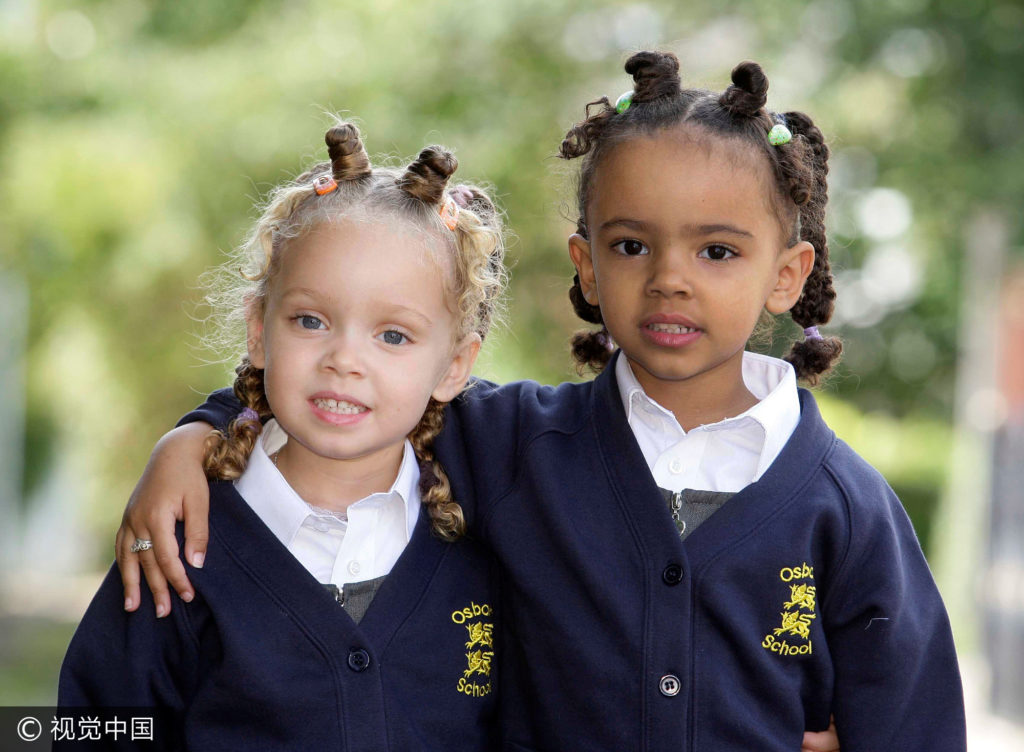 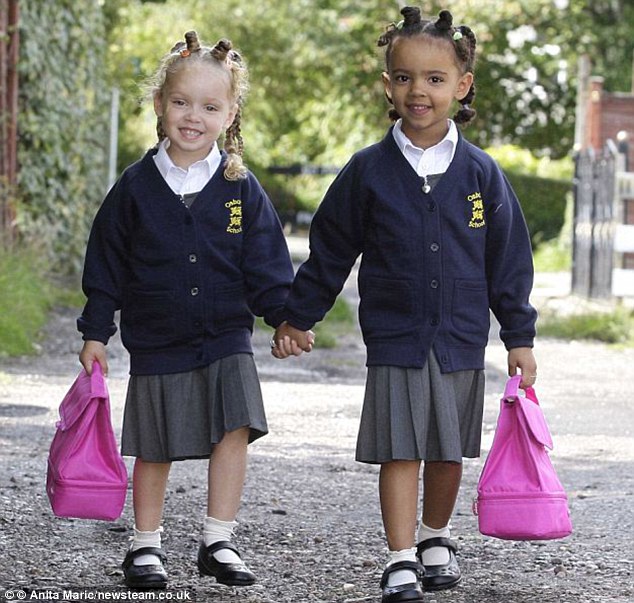 She answered “Yes” to which the answer would always be “‘But one’s white and one’s black.’”

‘Yes. These are genes, she says.

Amanda said women who pass by aren’t hostile to  girls. They were just curious.

In his childhood, twin’s father was a victim of racism. But today, he says, “But it’s a different time now.” He explains that neither his wife nor he has ever seen racist behavior towards girls.

And twins, what do they think about their different skins?

“When people see us, they think that we’re just best friends,” Marcia says. “When they learn that we’re twins, they’re kind of shocked because one’s black and one’s white.”

Aged 11, girls are aware of racism.

“Racism is where someone judges you by your colour and not by your actual self” Millie said.

Marcia said that racism is “a negative thing because it can hurt people’s feelings”..

Marcia and Millie reveal that they are often studded with curious questions asking if they are really twins, one white and the other black, but they say they have never been victims of racism. Thanks to living with parents from a mixed couple, from different cultures, the twins do not feel racism.

.”I think it’s better to be different from others because you can be yourself,” added Marcia.

How are they different?

Marcia and Millie do not pay attention to the color of their skin. They do everything together. They like to sing and dance. They differentiate themselves through their clothing tastes, their styles and their favorite colors.

“Millie likes things that are girls. She likes pink and all that. “

“Millie is our little princess, she loves to wear clothes related to the princess and a lot of dolls.

“When they were younger, Millie was still pretty shy, but as she grew up, she became a real bossy woman, very organized and in control, and often told Marcia what to do,” says their mom Amanda.

“I don’t like color pink; I am a tomboy. People are made as they are, “said Marcia.

“Marcia is much more of a tomboy, she likes gymnastics,” says her mom.

“They are both very open and positive, which is wonderful, they are great because they always make you smile.” Says their mom 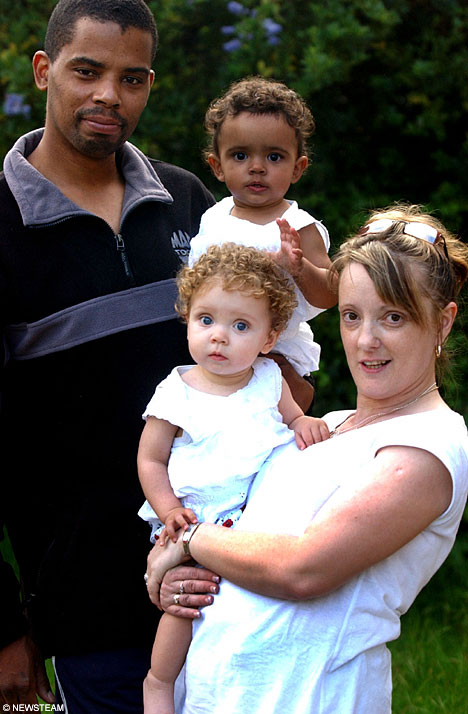 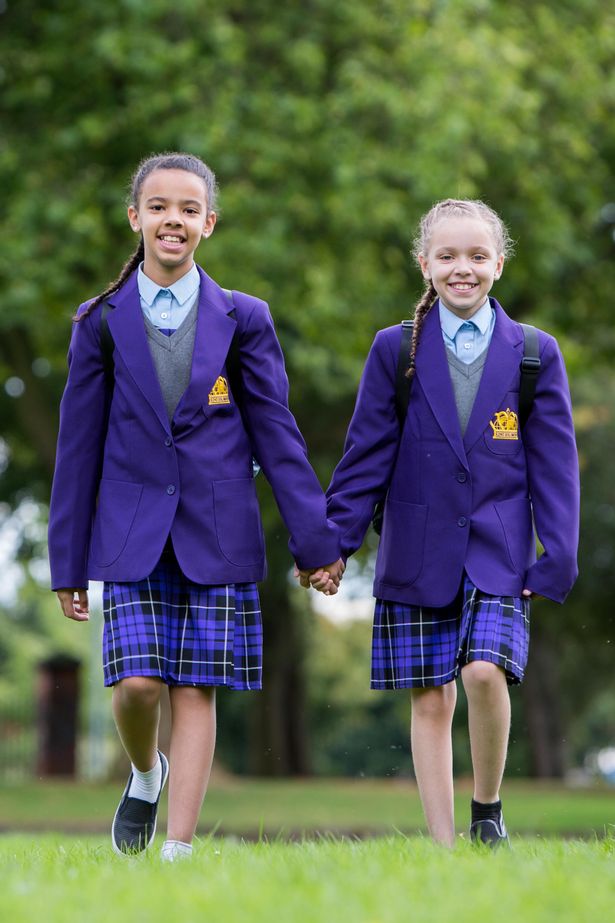