Snoop Dogg: discover his wife Shante Broadus and his 4 children 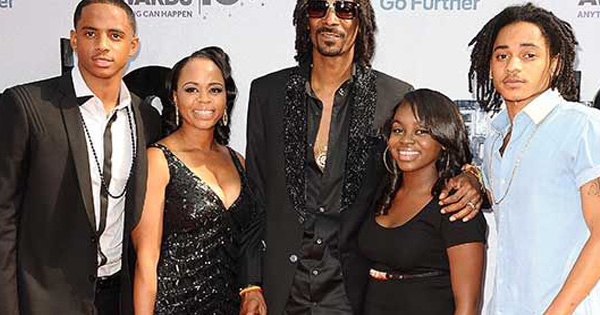 Snoop Dogg: discover his wife Shante Broadus and his 4 children. 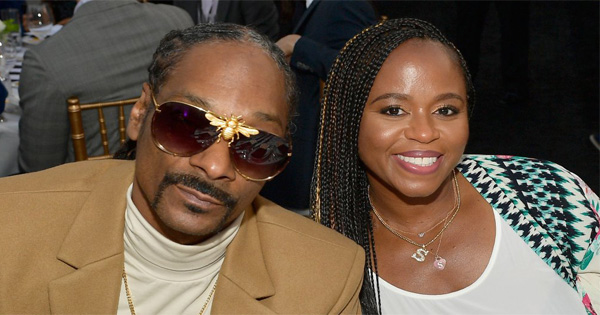 Hollywood’s leading couple, Shante Broadus and Snoop Dogg have gone through ups and downs in their relationship, which has strengthened them on a daily basis. Through listening, forgiveness, understanding, their love has endured over time. From their union, 3 beautiful children were born. These children are their greatest pride and joy. In 2008, still madly in love, they renewed their vows.

For many years, Snoop, whose real name is Calvin Broadus Jr., has been in a relationship with his high school sweetheart, Shante Taylor, while still a student at Long Beach Polytechnic University in California. His wife was there before he became famous. And together, they’ve been through good times and bad.

Convinced that he was the one in his heart, Snoop married Shante on June 12, 1997. The ceremony took place on June 14, 1997 at the Ritz Carlton Hotel in Marina Del Rey, California. 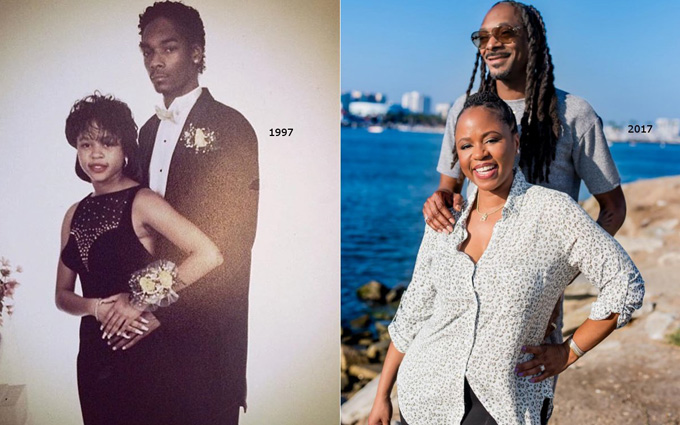 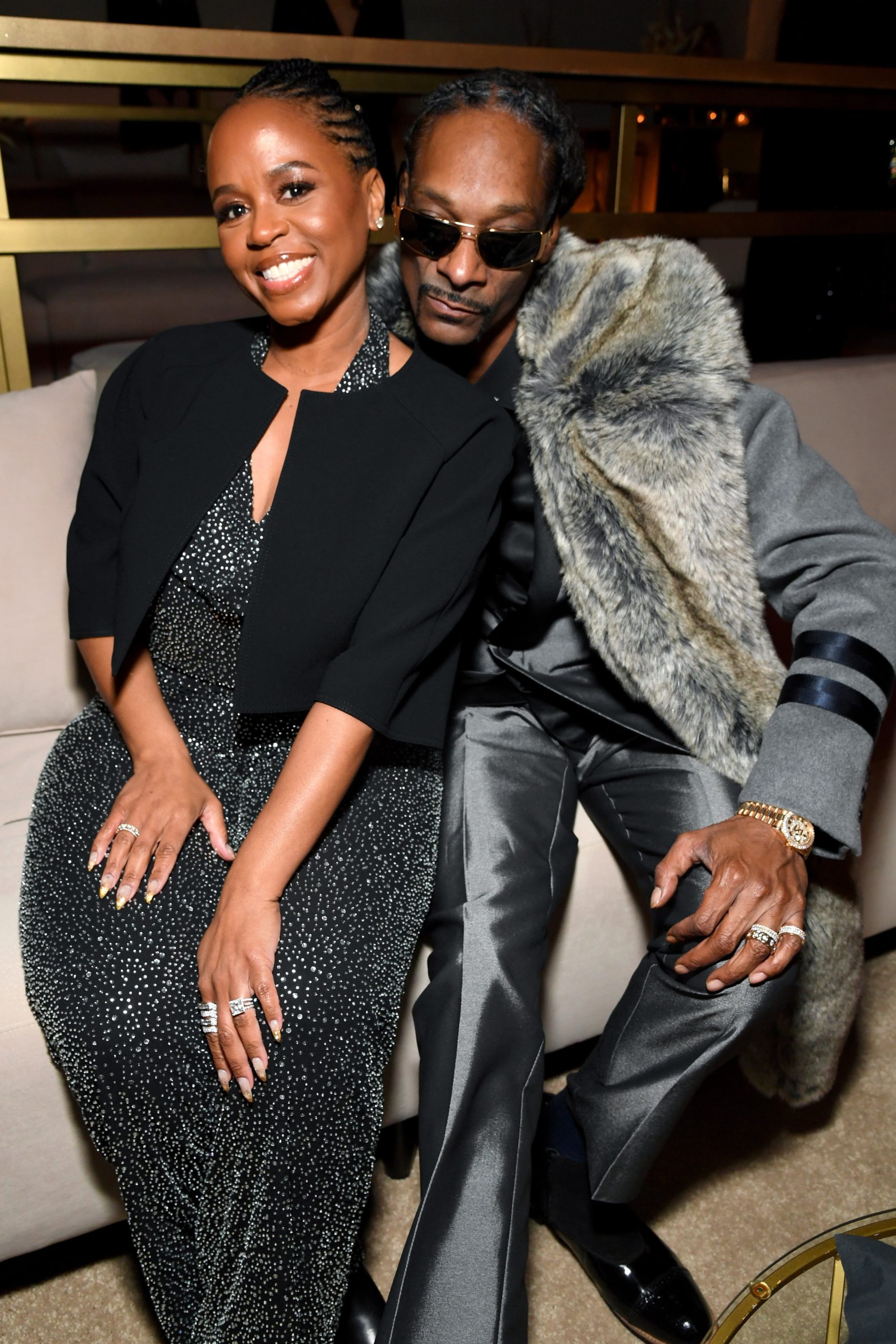 Too caught up in the Hollywood lifestyle, the rapper cheated on his wife several times. He was more focused on the girls and the party than he was on his wife.

But fortunately, they managed to avoid divorce. His wife forgave him for his infidelities.

« No one wants to hear that, but the truth to tell… A lasting relationship comes with a lot of forgiveness and understanding.” Explained his wife.

“Thank you for forgiving me and understanding me,” he wrote in the comments.

«“I cheated on her. That’s the worst thing you could possibly do – lose somebody’s trust who really loves you,” he said..

“I was trying to get a divorce, but I went back home and I fell back in love with my wife and kids. A lot of times you get cloudy. This music industry is a mother, man, and it’ll take your vision and blur it.

But God is good, so I understand that I need my wife and my kids in my life — so I threw the papers away. I don’t want to get a divorce. So if you hear about a divorce, it’ll be my wife divorcing me; it won’t be me divorcing her. …

And I made a mistake, so I’m trying to get back right..

In part, it was the diagnosis of Lupus Cori in 2005 that served as a bridge to bring the family together.

“That’s what it boiled down to.  Cori’s lupus showed us we need to be together forever. “

On their 10th anniversary in 2008, they renewed their wedding vows. He prepared a big surprise ceremony for his wife at the Wilson Ranch in California. 200 guests were present. 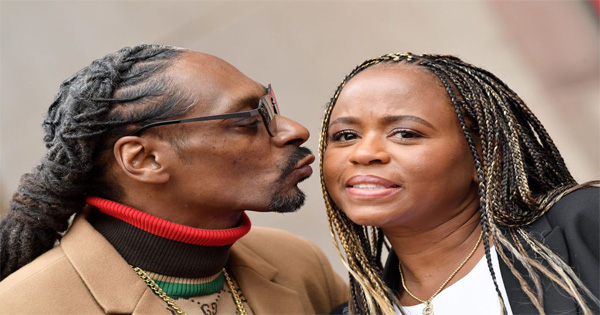 From 2007 to 2009, Snoop Dogg had his own reality show called Snoop Dogg’s Father Hood, broadcast on E! The show followed the rapper and his family.

Dedication and support for his wife

In his songs, Snoop dedicates dedications to his wife Shante by quoting the word “boo” or “boss lady”.

“She’s always right,” Snoop gushed about his wife in a 2013 interview with Queen Latifah.

“Because you have to understand the turmoil and the things I went through in my life to succeed, because I had no understanding of how I was doing it, how I was hurting her and how i was betraying myself until I became a man and realized I need to love this woman who loves me and had my kids. I needed to put my life in perspective and let my music and my business become secondary. “.

Snoop Dogg and his wife have three kids. They have two sons and a daughter. But Snoop also has another son, Julian Corrie Broadus, 21 years old, the result of an extramarital affair.

Their parents give them special nicknames. Snoop calls his daughter Cori “Choc”, his son Cordell “Rook”, and his eldest son Cord is called “Spank”. 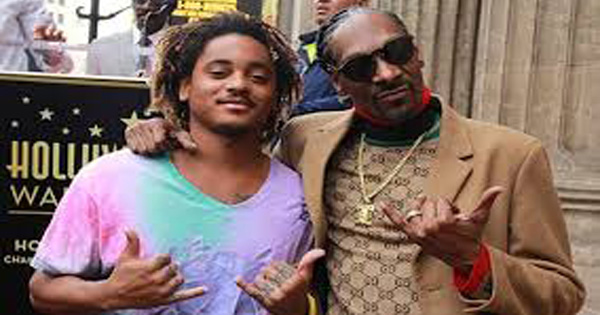 Nicknamed Spanky, Corde is the first child of Snoop and Shante. Three years after his birth, his parents got married. He studied at Diamond Bar High School. His dream is to pursue a career in the music industry like his father. In 2015, he had a son named Zion with his model girlfriend Jessica Kyzer. 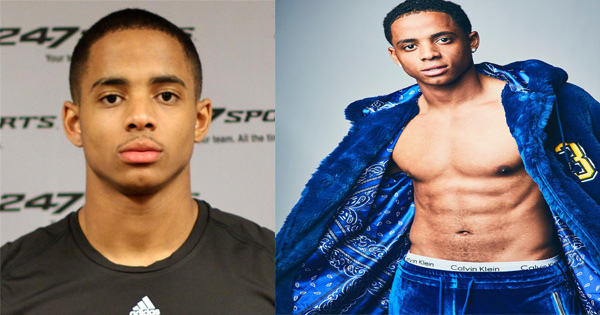 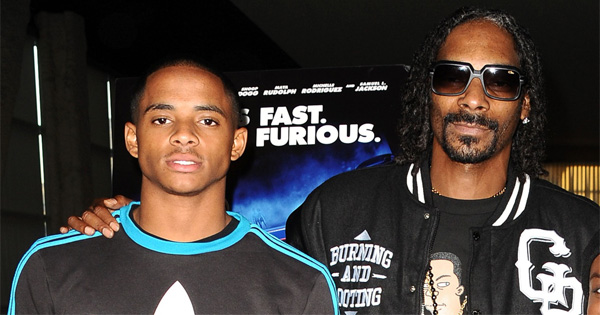 Cordell is the second child in the family. His parents give him the nickname “Rock”. He was born a few months before the official marriage of his parents. He went to a prestigious school and obtained a sports scholarship at UCLA.

In pursuit of his dreams, he dropped out of school to become an actor. But lacking success, he decided to turn to modeling. He participated in the 2017 Philipp Plein fashion show. Later, he signed his first modeling contract with leather goods giant MCM Worldwide. 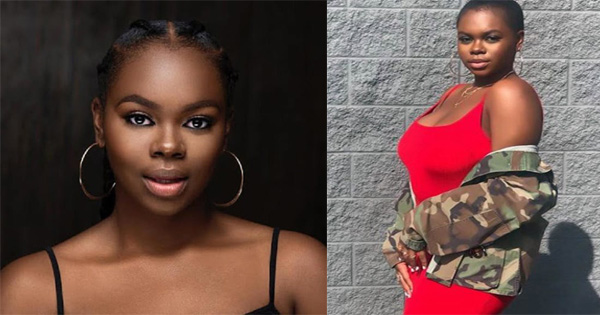 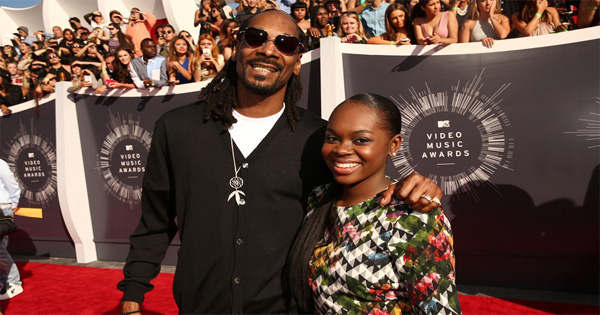 After having two sons, Snoop and Sante had their daughter Cori. Her little nickname is “Shock.” Her parents love her very much and are very proud of her.

When she was 6 years old, she was diagnosed with lupus. It is a rare and complicated autoimmune disease. They noticed a bright spot on her face. She was losing a lot of weight and her hair was falling out. Luckily, she was quickly diagnosed with the disease. This allowed her to live a healthy life today.

Professionally, she continues her career in the music industry. She has released a single entitled “Do My Thang”. 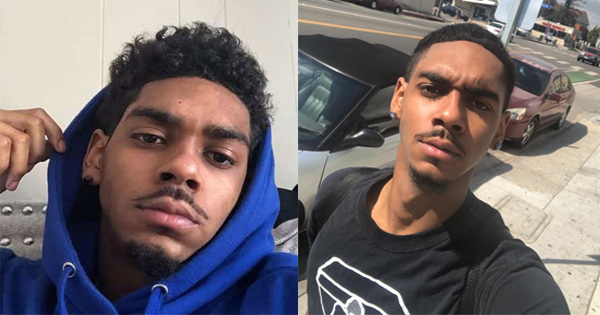 Julian Corrie Broadus is the son of Snoop and Laurie Holmond. Snoop and Julian’s mother had an affair in 1997 when they were in high school. Despite his infidelities, his wife Shante forgave him..

In 2007, after years of absence, he met and acknowledged his parenthood. The father-son relationship was very damaged. For years, Julian was angry with his father. But in time, he forgave him. Passionate about music, he also wants to be a musician.