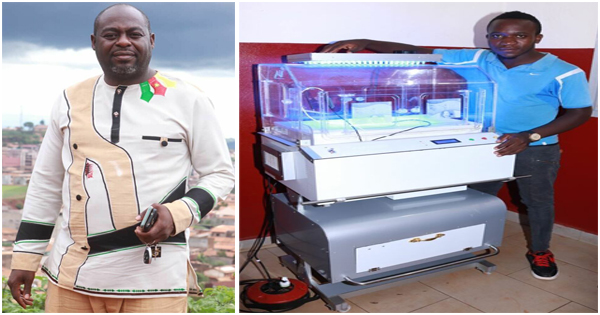 According to the WHO, more than 60% of babies are born prematurely in Africa and South Asia. As a result, the well-being of premature babies is an important issue for the African continent. For this, solutions must be found to overcome the lack of medical infrastructure and qualified health practitioners. Access to care is therefore fundamental for all. According to the World Health Organization, there are approximately 2 doctors per 10,000 inhabitants in Africa, compared to 32 per 10,000 in the European region..

Many hospitals in Africa suffer from a lack of neonatal incubators. Most of them are powered by electricity, but this type of operation is not suitable for Sub-Saharan Africa..

When a baby is born premature, he or she must be admitted quickly to a neonatal intensive care unit because several organs have not yet finished developing. To survive, the premature baby needs to live in temperatures similar to those it would have experienced until the end of a pregnancy. Incubators are essential medical equipment to recreate these conditions and save the life of the premature baby.

In Cameroon, the observation is the same: many babies are born premature. And many of them do not have access to quality care. Prematurity is the leading cause of neonatal mortality. In Cameroon, on average, 22,000 babies die, or 3 deaths for every 1,000 live births, due to a lack of neonatal incubators in the country’s hospitals. In 2019, for example, 100 neonatal incubators were in working order in Cameroon’s approximately 500 health facilities. Because of all these health problems, many African babies are losing their lives..

To fight this lack of neonatal equipment and save the lives of premature babies, Serge Armel Njidjou, a Cameroonian engineer, decided to act with his team to change things.. 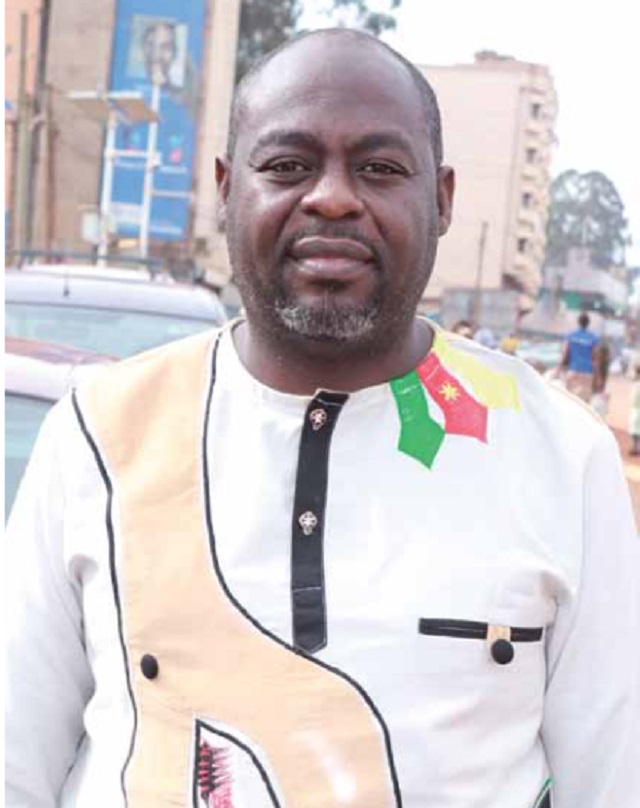 In 2016, a terrible tragedy occurred. A mother lost her quintuplets at the Yaoundé Central Hospital shortly after their birth due to the lack of a neonatal incubator. Very sensitive to this, he decided with his team at the University Agency for Innovation (AUI) to create an incubator to reduce the rate of birth deaths and avoid this kind of tragedy..

In 2018, he and his collaborators at AUI succeeded in making a connected neonatal incubator made in Cameroon.. 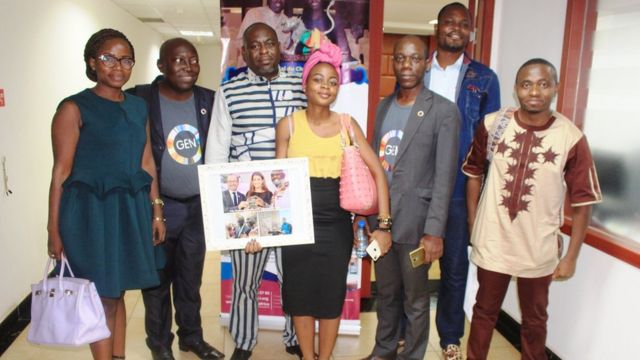 But how did he proceed?

First, he started to make an inventory of the situation of hospitals in Cameroon with precise figures. How to explain the lack of incubators in most hospitals in the country?

« We began by taking stock of why there was a problem of incubators in Cameroonian hospitals. We saw that every year in Cameroon, on average, 22,000 babies die, or 3 deaths for every 1,000 live births. Prematurity is the first cause of neonatal mortality. The cause here is the lack of neonatal incubators in the country’s hospitals. There are less than 100 functioning neonatal incubators for more than 5,000 health facilities,” he told Sputnik magazine.

Second, Serge and his team listed the disadvantages of neonatal incubators in Africa, which may help to understand their rarity.

.”Imported neonatal incubators are not resistant to the fluctuations in electrical energy that our country experiences. The slightest drop in voltage or the slightest sudden power cut can be fatal to them. In general, they have a lifespan that often does not exceed 18 months, while the suppliers have not provided after-sales services. But there is also a reason related to cost. Imported incubators are expensive: between 2.5 and 8 million CFA francs (3,000 to 12,000 euros), depending on whether they come from European or Asian countries,” he explains.

After taking stock of the situation and spending a whole year doing research and development. They created a neonatal incubator, which takes into account the realities of the African continent..

What is the particularity of their incubator?

Serge Armel Ndjidjou and his team at AUI have built the first AUI 1.0 interactive neonatal incubator in sub-Saharan Africa. 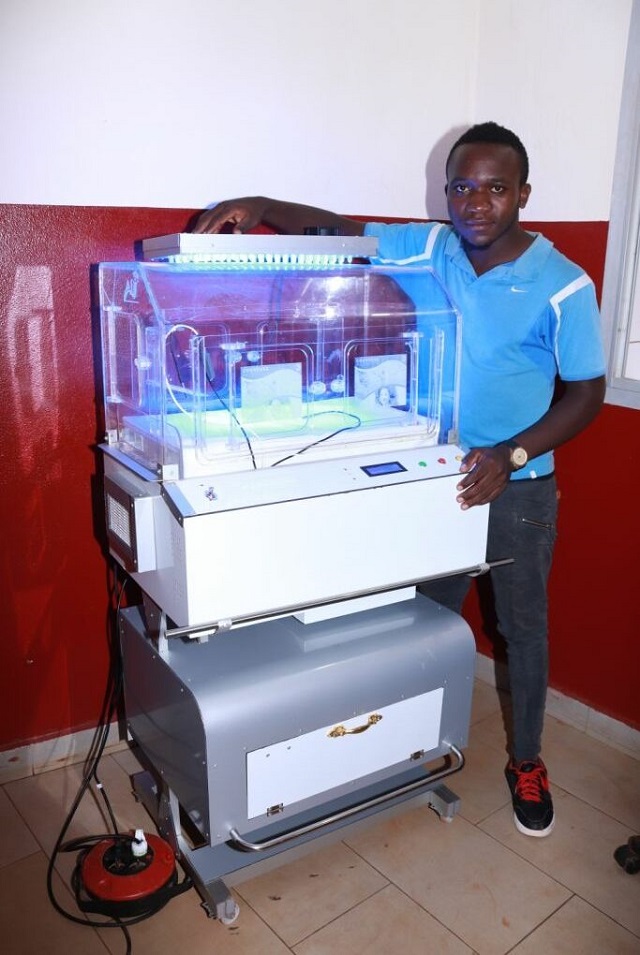 This incubator made in Cameroon is already used and tested in hospitals in Cameroon, especially in Bafoussam.

As for his future projects, Serge Njidjou and his team at AUI would like to set up a workshop for the manufacture and production of neonatal incubators in at least 15 African countries where the mortality rate of newborns is still too high.

Lack of adequate funding was a problem in realizing their project. Serge and his team started with no money. They wanted to make a difference and improve the situation of pregnant women and premature babies in Africa. But innovation with research and development requires a lot of money. Prejudice and lack of trust were also obstacles they had to overcome.

«Innovation requires a lot of research and development. It is funding from the agency’s members that has made this possible. They are rather modest. Then, afterwards, we suffer in our society from an unfavorable prejudice. There are not many people who believe in us. And at the limit, you have many people who told us that it was impossible to realize this tool in our environment. Finally, there is the issue of the instability of human resources. When you start with no money, with just audacity and the desire to succeed, at some point, it is not enough to keep the people with whom you started the adventure” he says.

This invention has won numerous awards and prizes. In February 2018, it received the Head of State’s Special Award for Innovation, among the 100 most promising global innovations. Last May, he was also awarded the Innovative Project for Women in Africa by the French Development Agency (AFD) digital challenge. 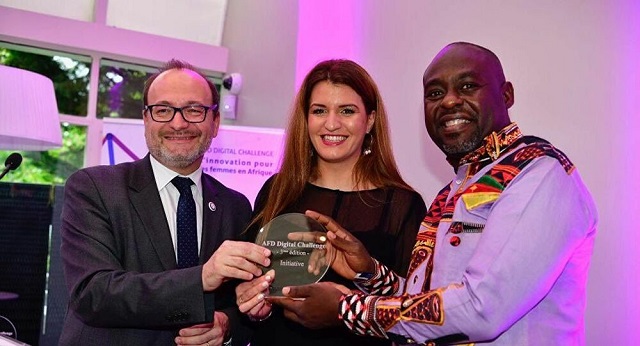 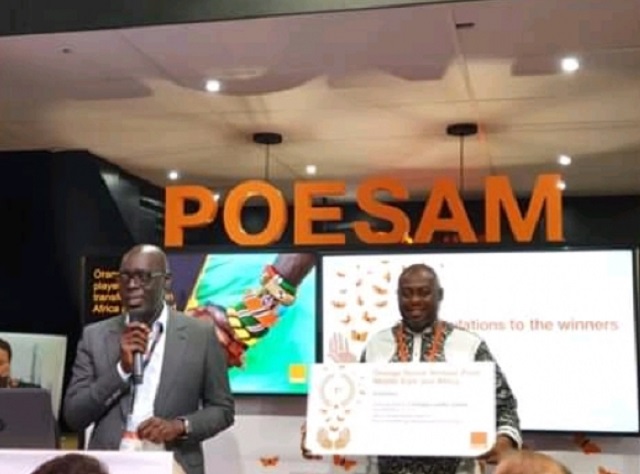 Finally, every day they receive many calls, emails and e-mails from people asking how to get this interactive incubator.

Afroculture.net warmly thank Serge Armel Ndjidjou and his team for this fantastic invention. They are a true source of inspiration for many of us. They show us that the desire to help others, working together can be a force for change. They also show us that we must fight to succeed in our projects even if we suffer from a lack of financial means. This neonatal incubator made in Africa is a magnificent invention, which will save the lives of many premature babies and improve the lives of many families..