Racial Discrimination of Blacks and Mixed population in Brazil

Racial Discrimination of Blacks and Mixed population in Brazil

Behind the idyllic image of Brazilian postcards, Afro-Brazilians are victims of cordial racism and racial segregation. Indeed, a cordial racism, because Brazil is perceived as a multicultural, tolerant and open nation. When one evokes Brazil, one thinks of the carnival, the samba or the capoeira. It should be noted that in Brazil, 2 out of 3 poor people are black or Mixed. They represent 45% of Brazilian society. Overall, Blacks and Mixed people earn lower wages than whites and Asians (wages 2.4 times higher), do not have access to quality education, die younger because of precarious living conditions, Difficult access to health care and violence. More than 70% of homicides registered in Canada in 2010 affected male blacks. According to a study by the Brazilian Public Security Forum, Brazilian police are the most dangerous in the world, with six people killed every day in the last five years. Brazil lives in a two-tiered society where racial inequality is obvious. Despite the fact that black or mixed populations are the majority, the white population holds all the political, economic and cultural levers of the country.
50 human rights and black movement organizations say that:

We witness in our communities pure exterminations, which occur through systematic homicides similar to those seen in war, or even more. In addition, precarious living conditions and the denial of basic rights such as health, education, security, housing, transport, access to university, culture and leisure – , Especially the black population – which is akin to the social movements and the black movements, to a real genocide of the black Brazilian youth and the black population.. »

The mass media, while covering part of the Black rally denouncing police brutality in the United States, neglect the atrocities committed by the Brazilian police. On the contrary, […] the media trivialize deaths, so that [the news] behaves as if the silence of the deceased was equivalent to the innocence of their murderers. »

If after each death of black people killed by the police in Brazil, part of the population walked in the streets with revolt, as in Ferguson, we would live daily convulsions. »

Compared to the whites, black and mixed population suffers:

On May 13, 1888, there was the abolition of slavery in Brazil. Thousands of blacks were left to themselves without land or financial compensation. Nothing has been done to integrate them. They went either to the big cities to live in misery or continued to work in the plantations for 3 sous. Completely forgotten by the Brazilian society, the blacks had to fight to find their place in an unequal and unjust society where the color of the skin determines your destiny beforehand. The blacks are so ashamed that they mix to have more and more white mixed-race children, who will have the chance to be better integrated into society.
Measure of positive discrimination in Brazil.
The aim of these measures is to promote racial equality by combating the perverse effects of racial discrimination and by promoting access to fundamental rights such as education and employment for Afro-descendants.
Positive discrimination for blacks has emerged in Brazil with the system of racial quotas for entry into public universities. This process allowed a new generation of blacks and half-breeds to access higher education.
Progress and positive effects in Brazilian society.
Gradually, black associations and movements succeed in putting forward the feeling of africanity by fighting against inequalities.
On television, one of Brazilians’ favorite pastimes, blacks are better represented. Things are moving slowly in Brazil. But the road is still long. The telenovelas, the soap operas, open to the actors of color and no longer confine them to the roles of the good or the bandido.
The Brazilian State has set up public monuments and museums relating to slavery: there are busts erected in memory of Zumbi, a resistant hero duquilombo de Palmares, in Rio de Janeiro, and a few museums specifically dedicated to slavery. The Afro-Brazilian reality.
Joaquim Barbosa, president of the Supreme Court, is the first black to sit in the country’s highest court.
In the field of music or sports, opportunities are still possible. 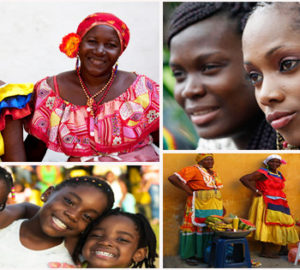 3 benefits of Baobab oil for hair