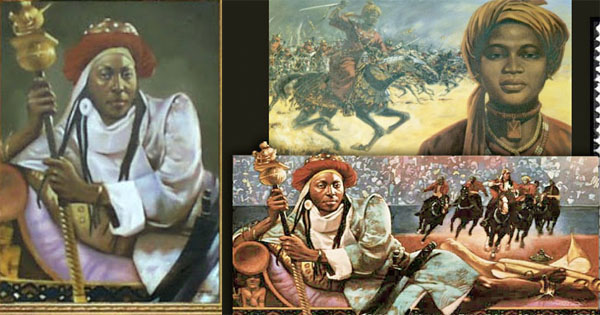 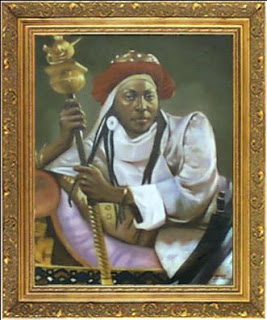 The Queen Amina of Zaria Nigeria has been able to mark the course of history. Brave, strong, warrior-class, she won many military exploits and will forever be the Amina, Yar Bakwa rana ta san “meaning a woman as capable as a man.

Historical context
The story of Queen Amina of Zaria (Aminatou Sarauniya Zazzau) is located in the sixteenth century in the city-states Houssa (northeast Nigeria). The heart of Hausaland includes seven original states are Kano, Daura, Zazzau (now Zaria), Gobir, Katsina, Biram, Gabas. These states had about 500 thousand square area dominated and Sub-Saharan Africa Trade (Black Africa) after the collapse of the Songhai Empire in the west. The queen or king Bakwa Turunku built the capital of the state of Zazzau. She prénomma Zazzau (Zaria) in honor of his Zaria youngest daughter. City Zazzau was renamed Zaira. She is currently the capital of the emirate of Kaduna in Nigeria. In addition, the city of Zaria is a very rich city. This wealth was due to the predominance of trade in leather goods, cloth, kola, salt, hair and imported metals.

Extraordinary destiny of a warrior queen
The information that we have discovered in the life of Queen Amina based on chronic Kano and the oral tradition of Nigeria. Bellow Muhammed translated the writings on pre-colonial African tradition based on Hausa anonymous writings.
Amina of Zaria family
Amina is supposed to be the granddaughter of the king Zazzau Nohir. Zazzau Nohir was the ruler of the city-state of Hausa. This city-state is the province of Zaria today. Amina is a direct relationship to Bakwa of Turunku. The stories vary so much that it’s hard to know if Bakwa Turunku was the father or mother of Amina. Also, Amina was the eldest of three brothers and sisters royal. His younger brother is called Karama. He reigned as king from 1566 to 1576. Amina also had a younger sister who was called Zaria. She finally chose to flee the region.
Birth of a warrior queen
Born around 1533, Queen Amina of Zaria its first steps. From a young age, Amina was attracted to the art of war. With exceptional physical strength and matchless and an imposing stature, she likes to fight. But 16 years of age, the life of Amina exchange. She received the traditional title of magajiya (princess). It is approached more and more as the future heir to the throne of Zaria. With its new status, she has no choice but to form the different responsibilities that title assigned to it. She attends daily meetings with officials of the kingdom. But Aminatou’s not an ordinary little girl. In parallel, it forms the handlings of weapons and different techniques of war. She spends most of his time training, to fight with the soldiers, to ride or to handle dangerous weapons. 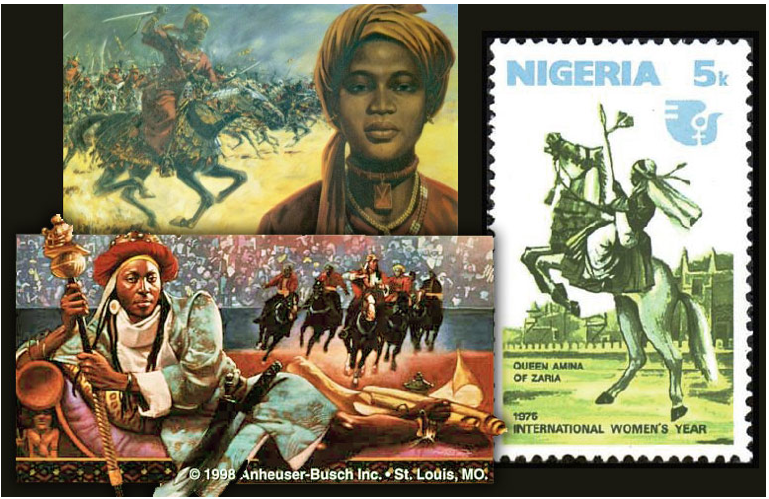 Towards 1566, Backwa of Turuncu dies, leaving a kingdom peaceful and prosperous. As planned, according to the Hausa tradition, his brother becomes King Karama. During the reign of the young king Karama, Amina lives his passion. She practices the art and techniques of war in different battles with her brother Karama. She became leader and directs the horse with an army of about 20,000 soldiers. Formidable, impressive, it is emerging as the main warrior of the cavalry of the kingdom. From battle to battle, from year to year, its strength is unmatched. His many military successes brought him wealth, fame and power.
It is nicknamed “Amina, rana Yar Bakwa gta san” meaning a woman as capable as a man.

In 1576, the king died suddenly Karama. He reigned for 10 years as king between 1566 and 1576. It thus leaves room for her older sister Amina.
Amina protective warrior 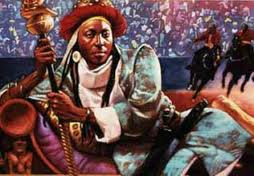 Indeed, King Karama just died. Amina was elected queen. She becomes the 24th “heba” of his kingdom. Unlike his predecessors, Amina thirst for conquest. She has a vision of her own and can be content with what she has now. Once elected, she went on a military expedition that will last three long months.
Why went to war? What are the goals of all these conquests?

Queen Amina led to armed Neck. And according to the chronicles of Nako.. “The Sarkin Nupe” sent him 40 eunuchs and 10,000 kola nuts “In keeping with tradition, she accepts Kola nut they honor, but also accepts male slaves cities it has conquered. the culture of the kola nut, in the region, will be given to the queen.
Protective strategist and warrior end, she asks to build fortresses or earthen walls around cities. She has this idea because it wants to protect his city from enemy attacks. This feature is unique to the Hausa city-states. This feature also comes from the fact that the queen commanded the construction of a defensive wall around each military camp. Later in these walls, cities will create and develop. These cities are known as “Amina Ganuwar” or “wall of Aminatou.” Many of these cities, entered the collective memory, are still present today.

Powerful, strong, clever are terms that characterize Amina. Like many people of power, Amina of Zaria has a very dark side, very brutal and without heart. In each area it will conquer, she will share the night with a beautiful Apollo. But modest and not wanting his lover does not boast of having spent the night with her, she will murder the next morning. Moreover, Amina thirst for power and does not share it with any man. As Queen Elizabeth 1 of England, she refuses to marry. She died alone and will never have children.

The memories of Queen Amina fit into the legends of the world. Amina of Zaria remains forever a living memory in the collective memory of Nigerians who call the warrior Hausa. It is celebrated in a song as a “daughter of Nikatau” a woman as capable as a man. But also, the TV series “Xena: Warrior Princess” will inspire her. Yet there are many divergent theories that say that she was not queen, but princess. There are also contradictions concerning the date of his reign.

Do you know this queen?