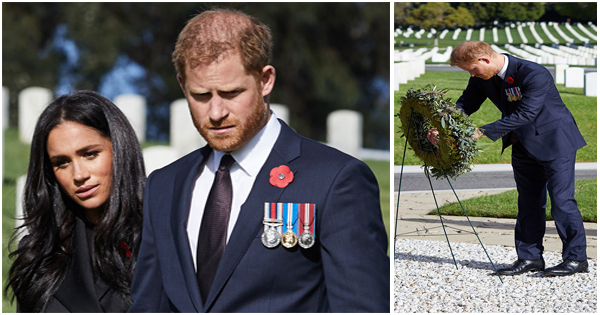 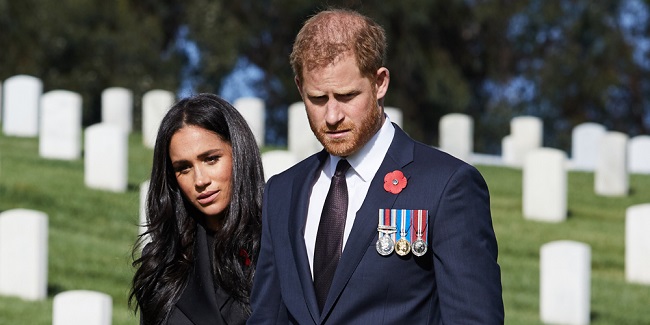 Prince Harry and his wife Meghan Markle honoured Remembrance Day  with tenderness in the United Kingdom in their own way.

It is common knowledge that Prince Harry served in the British Army for 10 years and was awarded the title of Major Wales. This big-hearted man spent his life paying tribute to the military and helping veterans through various charities and associations. In all humility, the former soldier asked the Royal Palace to lay a wreath at the National Memorial for my fallen soldiers in his name. But they refused because he no longer represents the monarchy.

Despite this, Prince Harry was not discouraged. He paid tribute to war heroes in his own way..

He first shared a Remembrance Day interview in a Declassified podcast with other veterans.

In this podcast, he testifies with love:

“Remembrance Day is for me a moment of respect and hope. Respect for those who came before us and hope for a safer world.”

Then Harry and Meghan humbled themselves earlier on Sunday, November 8, 2020, at a national cemetery in Los Angeles “to pay tribute to those who served and those who gave their lives”. 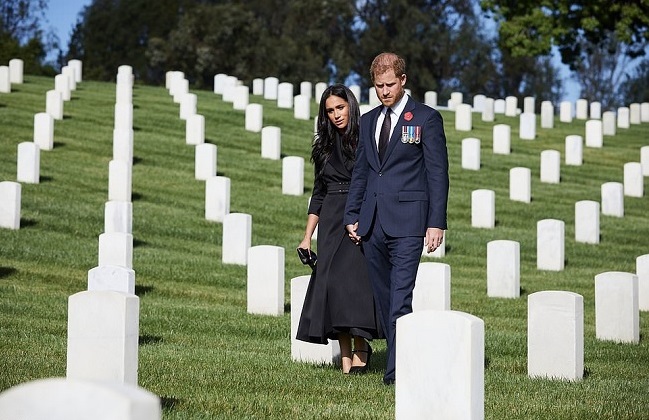 Harry placed with great emotion a wreath-like wreath on an obelisk in the cemetery with a plaque inscribed “In memory of the men who gave their lives to defend their country”. 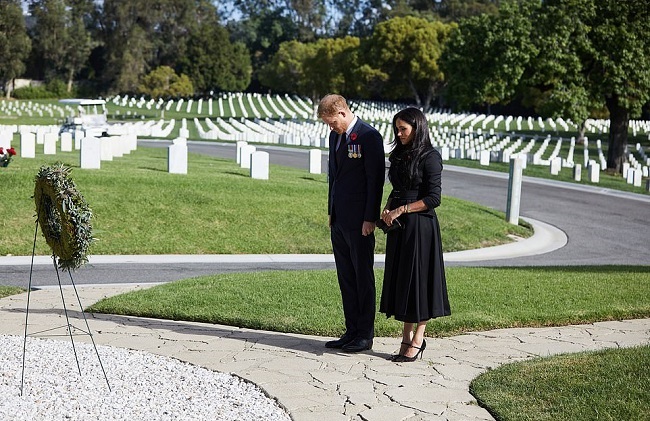 He also left a special message “To all who have served and are serving. Thank you.” In addition, they placed flowers on the graves of two Commonwealth soldiers. One served in the Royal Australian Air Force and the other served in the Royal Canadian Artillery. 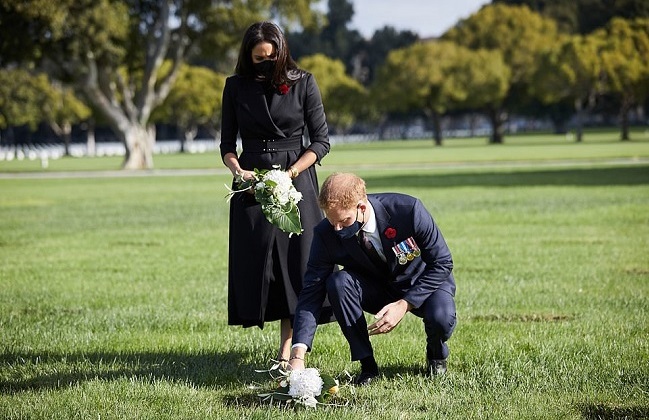 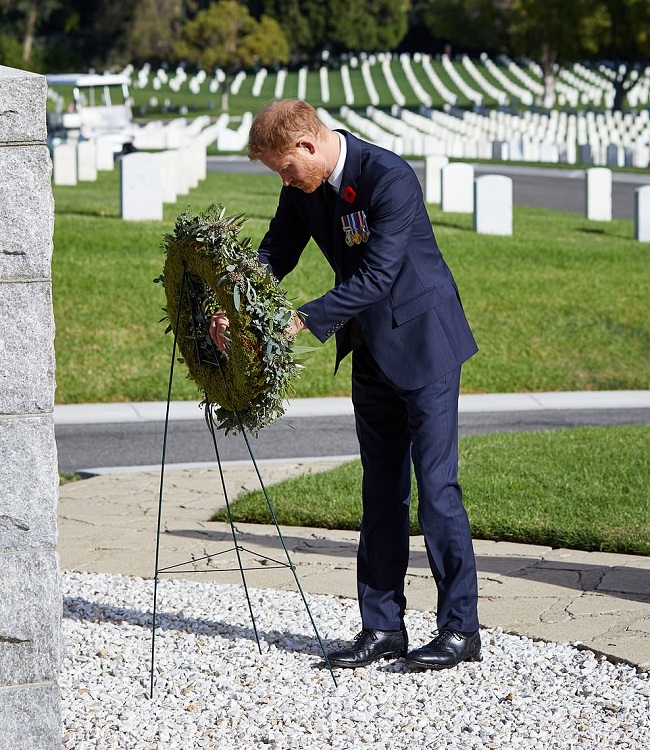 The Sussex couple’s spokesperson said it was important for the couple to commemorate Remembrance Day and honour war heroes. Remembrance Day is an event that recognizes the 1918 armistice that ended the First World War. At the annual celebration, wreaths are laid to honour those who lost their lives. 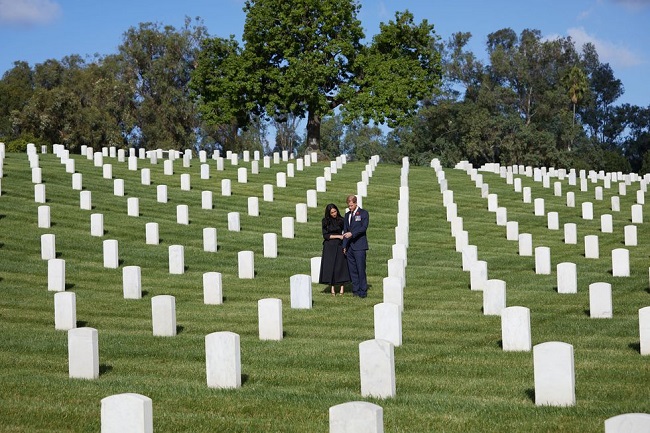 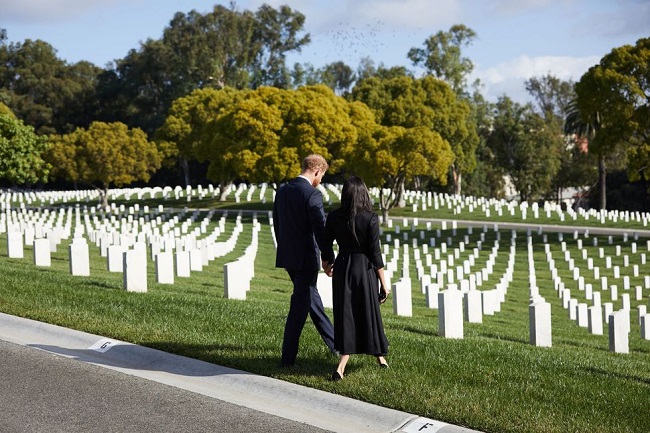