Despite his very comfortable status as Prime Minister, Patrice Lumumba had a noble heart, because he wanted more social justice and fairness for each of these citizens. He wanted everyone to receive fair remuneration for their work and for everyone to be able to fully enjoy the fundamental freedoms set out in the Declaration of Human Rights. He could not resign himself to accepting an unjust colonialist oppression, which oppresses the people and prevents them from happening. He could not accept that the Congolese children could not take advantage of their own lands for the benefit of colonists thirsting for their personal interests. Aware that death awaited him, he fought with strength, courage, honor, conviction for a dignified, free and independent Congo. This is why Patrice Lumumba has been remembered as a hero and leader of Congolese independence. Its history has stood the test of time and has touched all the peoples of Africa. This article pays tribute to a man full of courage, who left too early and who could have become the Congolese Nelson Mandela. 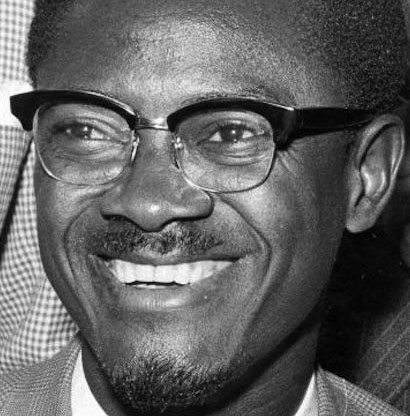 Patrice Émery Lumumba was born on July 2, 1925 in Onalua (territory of Katako-Kombe in Sankuru) in Belgian Congo (present-day Democratic Republic of Congo).
He was at the Catholic missionary school and then continued his studies at a Protestant school run by Swedes. Curious, brilliant and thirsty for history, he studied in depth the history of the French Revolution, the history of Haiti, the United States and Russia.
At the end of these studies, he began his career as an office worker in a mining company in the province of Sud-Kivu until 1945. Then, he became a journalist and wrote in many newspapers in Léopoldville (today, Kinshasa ) And Stanleyville (Kisangani). In September 1954, he received his “registered” card, reserved by the Belgian administration for a few notable elements of the country.

The fight for independence.

Sad that the Belgian colonial administration is hiding the wealth of their countries from the Congolese. He realizes that the Belgian Congo must obtain its independence to be able to benefit from the potential of the raw materials, which are fundamental for the world economy of the country.
In 1955, he created the association “APIC” (Association of Indigenous Staff of the Colony). In order to promote the independence of his country, Lumumba went to Belgium with several Congolese notables to talk about the situation in their country.
In 1956, accused of embezzling funds from Stanleyville postal check accounts, he was imprisoned for a year. Released in advance, he resumed his political activities and became sales director of a brewery.
In 1958 Patrice and other Congolese were invited to Belgium for the Universal Exhibition in Brussels. The universal exhibition shows unflattering images of the Congolese people. Out of his mind and discontented, he detaches himself from the Belgian liberals and binds himself with a circle of anti-colonialists in Brussels.
On October 5, 1958, on his return from Belgium, he created the MNC (Congolese national movement) in Léopoldville. In this capacity, he participated in the Pan African conference in Accra. He took the opportunity to claim the independence of his country in front of more than 10,000 people.
The MNC and other independence parties in October 1959 organized a meeting in Stanleyville. Tensions are created between the Belgians and Lumumba. They are trying to stop Lumumba, but this gesture causes a riot that kills thirty. Finally, they managed to arrest him and on January 21, 1960, he was sentenced to 6 months in prison.
On January 26, 1960, Lumumba was released to participate in the round table between the Belgian authorities and the Congolese separatists in Brussels.

On June 23, 1960, the MNC and its allies won the elections. It’s a great victory. Ba-Kongo leader Joseph Kasavubu becomes President of the Republic and appoints ¨Patrice Lumumba as Prime Minister of the Congo. Why ? Because the new constitution attributes the post of prime minister to the candidate who has won the most votes. Lumumba, as Prime Minister, insists that his country be free economically and politically.
To everyone’s surprise, on June 30, 1960, Belgium granted the Belgian Congo independence. At the country’s independence ceremony, Patrice Lumumba delivers a memorable speech for the freedom and independence of the Congolese people. He speaks directly to the people and highlights the different struggles they fought to be free and denounces the oppression of colonialism.
The thoughts and the political program of Patrice Lumumba resulting from the speech of June 30, 1960:

Independence and political conflicts with the Belgians and the Western forces.
Unhappy that part of the army cadres remained Belgian, the black soldiers rebelled, killing the white officers and raping the Belgian women. Which causes the Belgian executives to flee.
The leader of the independence, Lumumba takes the opportunity to affirm the Africanization of the army and double the pay of the soldiers, in order to prevent the control of the Congolese government by the ex-colonial power.
Shocked, the Belgians send troops to protect their nationals and their investments in minerals in Katanga and supports the secession of this region led by Moïse Kapenda Tshombé. Belgium supported Katanga’s independence and declared that it was no longer obliged to pay taxes or report to the central government in Léopoldville. Because, it must be made clear that the Katanga region was strategic for the Belgians, because they were rich in deposits of copper, cobalt, uranium, gold and other minerals.
But, the United States, as usual, also wanted to control the political situation and obtain the riches of the Belgian Congo. He viewed Lumumba as a “threat to world peace and security. And wanted to fight the rise of communism in this country. Thus, they decided to support the Belgian military intervention in Katanga in the name of world peace and stability.
Faced with deadly violence in his country, Lumumba asked for help from the UN to ease tensions. But, nobody comes to his aid.
On September 4, 1960, faced with a climate of chaos, the president of the Belgian Congo, Joseph Kasa-Vubu decides to dismiss Lumumba and the nationalist ministers by replacing him with Joseph Iléo. He refused to leave and supported by Parliament, President Joseph Kasa-Vubu is dismissed on the charge of high treason. Patrice narrowly escaped death because in late September, a CIA scientist, Dr. Sidney Gottlieb, arrived in the Congo with a “deadly biological substance” intended to kill him. The purpose of this virus was to cause him a deadly indigenous disease. But luckily nothing happened.
In complete confusion, Mobutu took the opportunity to organize a coup. He created the College of General Commissioners and assigned Congolese leaders to residence.
Patrice Lumumba is under house arrest. But fearing for his life, he tried to flee to Stanleyville. However, he was arrested on December 2, 1960, by Lieutenant Christophe Yowane Lokele while crossing the Sankuru at Mweka. Struck and molested, he was brought back to Mobutu’s troops.

Death and murder of a man of integrity.

On Mobutu’s orders, he was transferred to the Thysville military camp. On January 17, 1961, Patrice Lumumba, Maurice Mpolo and Joseph Okito were flown to Elisabethville. They are handed over to local authorities in the hands of their number one enemy, Moise Tshombe, head of the Katanga province.
Lumumba, Mpolo and Okito will be taken to a small house under military escort where they will be tied up and humiliated by Katangese officials like Moïse Tshombé, Munongo, Kimba, Kibwe, Kitenge but also the Belgians Gat and Vercheure. They were shot the same evening by soldiers under the command of a Belgian officer. Lumumba, died of bullet wounds at the age of 36.
The following day, an operation will be carried out by Belgian secret agents to make the remains of the victims previously cut into pieces disappear in the aid. Several of his supporters will be executed in the days that follow, with the participation of soldiers, or Belgian mercenaries.
Moise Tshombé then launched the rumor that Lumumba was murdered by villagers. This triggers an insurrection among the peasant population, who takes up arms under the direction of Pierre Mulele at the cry of “A Lumumba” or “Mulele Mai”: the peasants conquer nearly 70% of the Congo before being crushed by the army from Mobutu.
After betraying him, Mobutu, out of pure hypocrisy, declared Patrice Lumumba as a national hero in 1966. The country mourns the death of this charismatic leader. The return of his wife Pauline and his children from Egypt was considered a national event. And on January 17, 1966, the day of Lumumba’s death was a public holiday in Congo-Kinshasa in honor of this honest man who left too early.
Western powers, the United States and Belgium all contributed to the death of this hero like no other. Their actions confirm that the pro-independence leader was right to be wary of colonial imperialism because he only looked after their own interests, not the well-being of the oppressed.
In 2002, the Belgian government recognized its responsibility in the death of Lumumba: “Some members of the government at the time … bear an irrefutable share of responsibility in the events which led to the death of Patrice Lumumba”.
Conclusion
Lumumba will forever be the hero of the Congolese people’s independence. He is the symbol of the anti-colonial struggle, a revolutionary and a political leader throughout Africa. He defended the values of independence and freedom for all of Africa. He is a staunch pan-Africanist who gave his life for the well-being of his family. The day of his death is honored and remains a holiday.

And who do you think Patrice Lumumba is?