Meghan Markle: “Chase your convictions with action”, the Duchess of Sussex’s powerful speech at Girl Up 2020 Summit 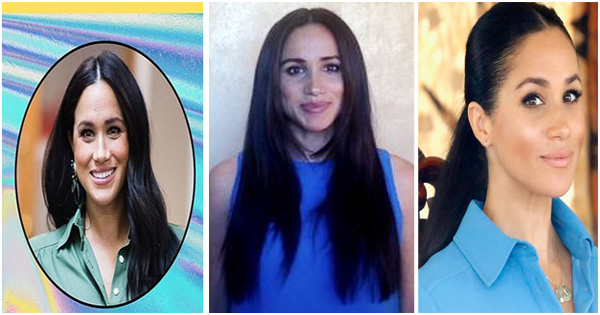 Meghan Markle: “Chase your convictions with action”, the Duchess of Sussex’s powerful speech at Girl Up 2020 Summit.

On July 14, 2020, The Duchess of Sussex, Meghan Markle delivered a powerful speech for women’s rights, gender equality, racial injustice, mental health to the 40,000 participants of the Girl Up Leadership Summit..

Meghan gave a powerful speech to the girls on the virtual stage of Girl Up Leadership 2020. She said that their voices can be louder than negative noise by drawing on her personal experience..

She encouraged the next generation to use their skills to “rebuild the world around them.”

«I want to share something with you. It’s that those in the halls and corridors and places of power—from lawmakers and world leaders to executives— all of those people, they depend on you more than you will ever depend on them. And here’s the thing: they know this. “

She asks on the younger generation to use their online and offline voices to build and support each other..

«Your generation is often referred to as digital natives, and you understand that our online world has the power to affirm and support as much as it does to harm. We are not meant to be breaking each other down; we are meant to be building each other up.»

«So use your voice both on- and offline to do just that – build each other up, support each other. There will always be negative voices and sometimes those voices can appear to be outsized, and sometimes they can appear to be painfully loud. You can and will use your own voices to drown out the noise. Because that’s what it is—just noise. But your voices are those of truth. And hope. And your voices can and should be much louder. »

She stresses the importance of speaking for others and fighting to be heard.

« I know you have already done so much and made so many people’s lives better. The moment we are living through right now asks all of us to do more. It’s a moment where your voices, and your action, have never been more urgently needed. “

“Believing in true equality is not enough — it’s going to take more than belief, we have to work for it every day; even when it’s hard and even when it makes others feel uneasy”

Meghan asks young leaders to believe in themselves, not to be afraid and to do what is right for more justice in the world..

“This is a humanity that desperately needs you. To push it, to push us, forcefully in a more inclusive, more just, and more empathetic direction.”

“To not only frame the debate, but be in charge of the debate — on racial justice, gender, climate change, mental health and wellbeing, on civic engagement, on public service, on so much more. That’s the work you’re already out there doing. “

Meghan Markle’s speech to Girl Up 2020

Girl Up is a campaign of the United Nations Foundation. This exceptional event features world leaders, change agents and allies who have engaged adolescent girls in conversations about gender equality..

The event is for “people of all ages who want change, people who are motivated and fearless, people who know they can make a difference and that together we are stronger, people with great ideas and people who are ready to be a leader”.”.