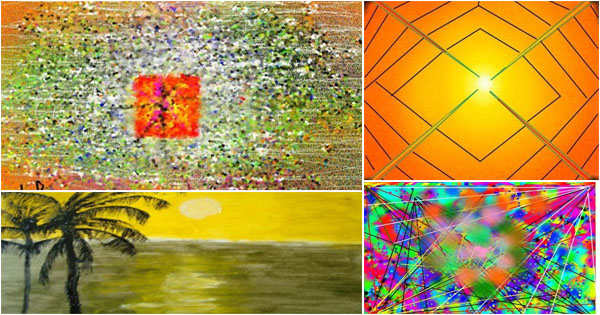 sponsoredarticle
Aged 28, El Hadj Moussé Diouf, better known as Mandela Diouf, is a plastic artist-painter. Strong with his crossbreeding of a Vietnamese father and a Lebanese mother of Senegal, he paints magnificent paintings inspired by his environment, his encounters, his crossbreeding and the beauty of nature.

Art is a cross-cutting means of communication and concerns all peoples of the world, “explains Mandela Diouf.

Since he is a little boy, he feels a strong urge to paint. This love of art is transformed gradually into a devouring passion that will change its existence. Who I am ? What will I do in life? Art imposes itself on him as an evidence, a means of expression in which he can transcribe his feelings. Marveling at the age of 16, he paints everything he sees around him and uses sand bottles and cement sculptures as materials. Everything sounds like a perfect harmony where the imagination, the experiences of life, the journeys of his mind lead to the creation of universal works that will change the course of his life.
With a desire to go farther in his painting, he left to study for four years at the national school of the fine arts of Dakar. Fierce, motivated, he eventually acquired a qualification diploma in plastic arts. His style is personalized and he paints figurative paintings, but also abstract with bright and vibrant colors. . The artist seeks to reveal the link between beings, objects in harmony with the elements of nature.

When I paint, I consider the painting as a physical space or I walk there with my brushes and tools, “quotes artist Mandela Diouf.

In these paintings, he tries to convey his values of freedom, equality, fraternity and humanity. With his oils and acrylics, he creates Jute canvases, in coaster, in collage, on thick paper. His creativity and inspiration cross his imagination and he no longer has any limit. Nature, the airs, the sea, the universe are a great source of inspiration and motivation. He hopes to touch the stars like Doudou Andre Ndiaye, Kalidou Kasse and Ousmane Saw, three talented artists who influence him on a daily basis. 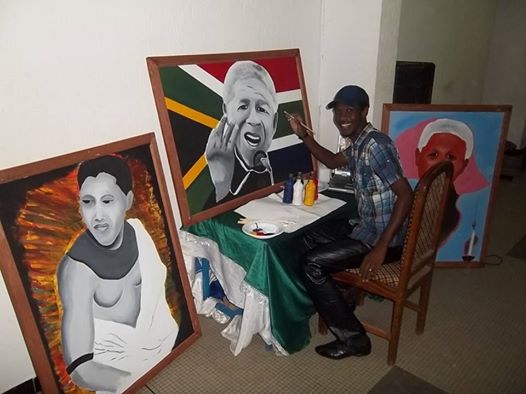 To live of his art, he fights and creates the gallery Soweto with the solidarity of his friends, in Bargny, where he currently lives. Despite difficult beginnings, he persists in prayer, faith and keeps a simple and modest behavior in all circumstances. He made numerous exhibitions at the French institute and the Blaise Senghor cultural center in Dakar. Mandela Diouf actively participates in various festivals such as the FEST’ART, the Comte Traditionnel Festival, the Speech on Stage Festival and arouses international interest.
In the future, he hopes to exhibit worldwide and have many partners to create another art school in Senegal. While consolidating relations of sharing, exchanges and discovery of other cultures.
Here are pictures of the works of this painter (photo credit Mandela Diouf) :

Afroculture.net thanked the painter Mamadou Diouf warmly for his time. Do not hesitate to leave us comments or join us on our Facebook.