How to keep his man? Faithful and Happy 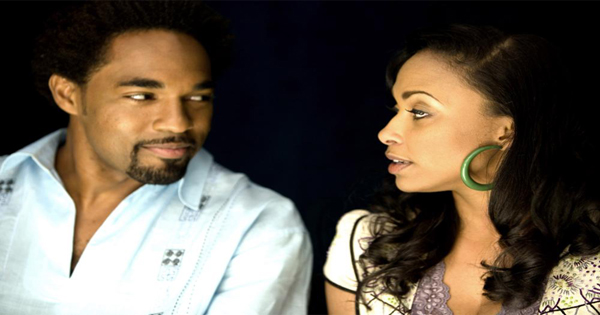 How to keep his man? Relationship between man and woman have become increasingly complex. Why do men always need to please or seduce permanently. How should women position themselves in this kind of situation? Tell me, men or women, how to keep a man, so that they may remain faithful? Where is it true that man is a “dog” and that it is in his nature to be unfaithful. I strongly advise you to watch the movie “Three can play that game?

How to keep his man? Faithful and Happy

Three can play that game is a romantic movie, which dates from 2007. This film presents the complexity of relationships between men and women to understand, love and respect each other. How to deal when your man is cheating on you or flirting with another? Shante Smith, a male-female relationship expert, uses her knowledge to help women get what they want from their boyfriends. Before we get to the heart of the matter, what is love? What does love mean to you?
In this movie, there is different protagonists who say that:

Why does love drive mad? Why is everything so complicated in love? If we go back to the movie, Tiffany lives a great love story with her boyfriend Byron. She supports him, carries him, loves him, but he doesn’t hesitate to flirt with his boss. She remains shocked because she thought her relationship with Byron was solid. But man is a man (except exceptions), he always wants to please or seduce. Fortunately, Shanté Smith is there, the expert in the relationship between men and women helps this couple in danger. Shante Smith helps Tiffany’s friend by explaining that the man is a dog. Do you really think a man is similar to a dog? But she says that like a dog, a man can stand up. He can transform himself into a loving, faithful, engaging man, helping his wife in household chores if she knows how to do it. For her, man is a dog because women have a lot of power and strength, but unfortunately they do not know how to use it. For Shante Smith, every woman must find the power hidden in her.

The question remains “but how can I do it? “

For the expert in relationship, women tend to come out with the same kind of guy over and over again. This is called functional psychosis. That is to say, that one always has the choice of the same type of men. Their heads change, but the behavior remains the same. For example, I know girlfriends of mine, who tend to go out only with bad guys, who treat her as a less than nothing. Why do we always repeat the same process? Are women totally crazy?

What is Shanté Smith’s advice?
For Shante, it is not because man is predisposed to cheat you, that he can not become a faithful. They are able to be, but in good conditions. To be able to subdue the beast, one must first understand the nature of the beast. But what is the nature of the beast?
When a woman has problems, she always tends to ask advice from her girlfriends, her mother or her sister. In the case of Tiffany, she asks for help to her friends. Her friends are totally radical. An unfaithful man deserves a punishment. In the film “Three can play that game“, Shante Smith (expert in couple relationship) explains that if a woman wants to recover her guy. She needs to talk to him face to face. She has to explain to him and give him a chance to tell the truth. For this, she advises Tiffany to always sit down, it is a position of power. It lets you have control and he feels comfortable. Shante says the woman absolutely must remain calm and never lose control. When it comes to emotions, women tend to lose control. For her, one must not lose control, nor scream, nor tell her what you think. True, all women who had saw his guy in the process of cheating her. The first reaction we have is to shout at him.  Because we can not imagine 5 seconds that our darling of love is able to do that kind of thing. 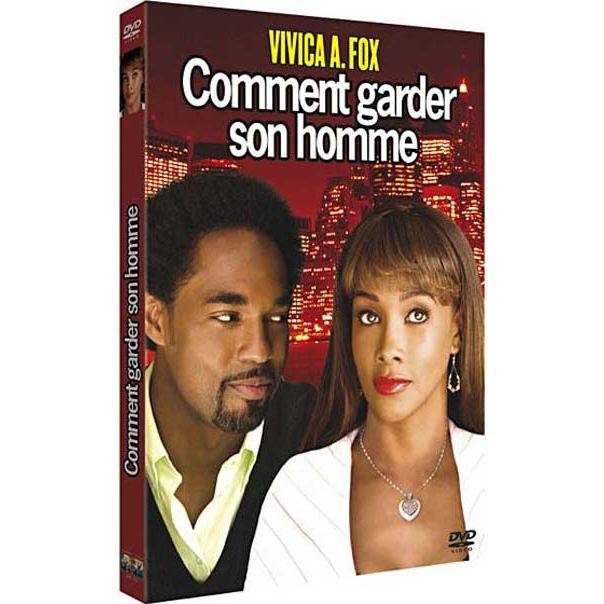 Shanté Smith proposes to Tiffany a program in 5 steps to save her couple:

Forgiveness is the best gift anyone can give. No one is perfect in this world. We all make mistakes in this world full of temptations. Forgiveness, in many cases, is the first step to save a couple or even friendships. In the movie “Three can play that game“, Tiffany gets started. She prepares dinner for her boyfriend and then starts to warm him up. Indeed, man is a dog. Heat it to the maximum, and leave it without sex.

The first asset of a woman: her physique and beauty “sex”
Shante Smith, an expert in couples, explains: “When a man has an erection, he can not think. And it’s up to you to take advantage. Why ? For when you excite its end, its poor brain is defenseless. And, that’s where, you’ll shoot down your first wild card. His bouboules will become your best ally. “
In United States, when a couple goes through difficult times. They all go to a counselor. The Americans all have a psychologist or a couple counselor, who helps them deal with the various problems of everyday life. Why not, they studied for that. If they can save couples and marriages at the edge of the breakup.
When a man does something wrong. He’s always trying to catch up. He asks you for forgiveness. Then promises he will never do it again. And, offers you beautiful gifts or flowers to express his sorrow and his sadness, because he has greatly disappointed you. (I specify the normal men, there are also the social cases that never apologize). In this case, Shante Smith asks the women not to give in at the first gesture. It states that: “If a man has not gone through real trials with you, he will not appreciate you. “You have to hold on to the end and stay strong.

For the other remaining steps, I strongly advise you to watch the movie “How to keep your man. “Yes, the friends would have been too easy to chew on you. Mdrrr. In any case, when I look at my friends around me, their couples, it is clear that the relationship between men and women has changed. Many women have difficulty understanding men. We are a bit overwhelmed by the men of our generation. And in the case of men, it is the same case.
Many men think that women are unfaithful and to not suffer, they prefer to play hard rather than admit their own feelings. Some people tell me “Vaux better deceive, than be deceived. What a sad epoch! Everything has become too complicated. Some of my friends tell me that “When a woman sees that her man loves her, she mounts him and no longer respects him, for she knows that everything is acquired. “But tell me, the solution is to play the” Bad Boys “? Is not it tiresome! So, the kind, tender and faithful man must show another image so as not to get hurt.
Others of my male friends tell me that for a man not to deceive his wife, he must have his daily dose of sex. Mdrrr. But if his wife is tired, he’ll fool her. It’s crazy, is not it? How to find the right middle? How can we understand? Are we a generation sacrificed. Do we ask for advice from elders or couples who have remained over 60 years together?

Tell me friends, is love truly a battlefield where everyone rises and creates his strategies? How do you keep a man?

Tags : How to keep his man?