Africa has incredible talents that have crossed the continent’s borders and made its mark internationally. With their unique voices, their immense talents, and the messages of their songs, they have touched the hearts of millions of people by promoting Afro music on the African continent and at the same time gaining international recognition.

Afroculture.net presents below a list of legendary African musicians known in Africa and around the world. 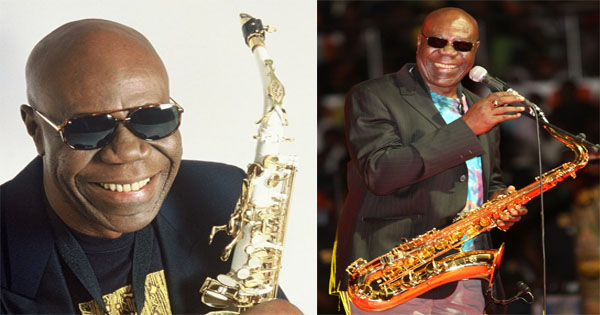 Manu Dibango is a multi-talented Cameroonian musician. In 1972, the saxophonist released his single Soul Makoosa, which earned him international recognition. Many singers such as Michael Jackson, Rihanna have taken up the rhythm of Soul Makossa in their music. 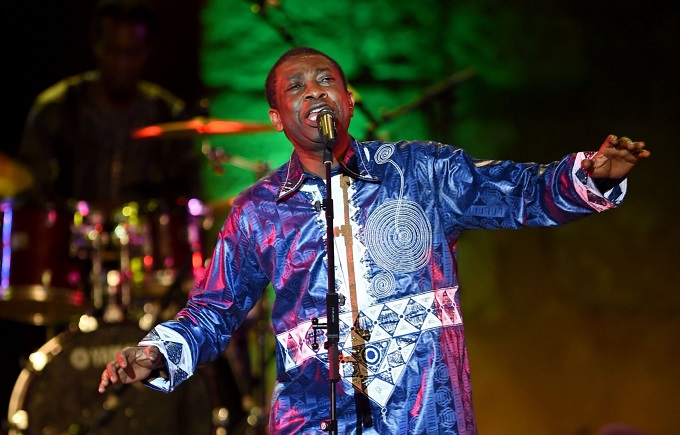 Youssou N’dour is a Senegalese musician very well known throughout Africa and internationally. With his Mbalax musical style, he is considered the most internationally acclaimed artist in Africa. A Grammy Award winner, he has collaborated with Tracy Chapman, Bruce Springsteen and Peter Gabriel. In addition, he is an ambassador for UNICEF. 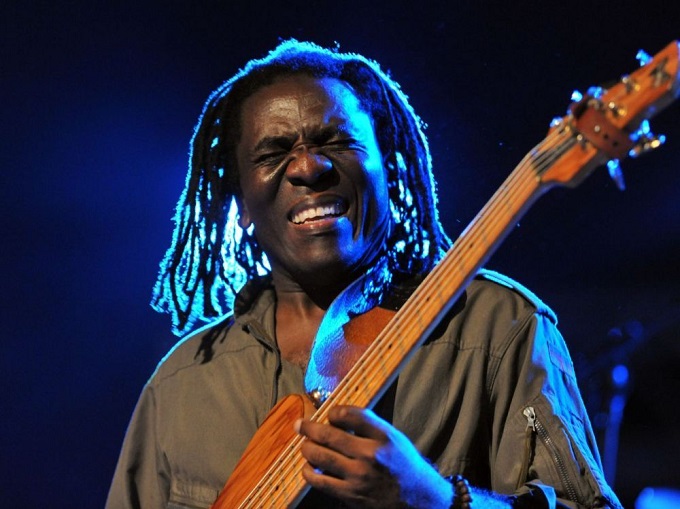 Richard Bona, whose real name is Bona Pinder Yayumayalolo, is a talented Cameroonian singer and bassist known in Africa and internationally. In 2004, he was rewarded at the Victoires du jazz. His album Tiki was nominated for a Grammy Award. In 2012, Richard Bona receives the Grand prix jazz de la Sacem.

Nicknamed the “Golden Voice of Africa”, Salif Keita is a Malian albino musician known worldwide. Despite the fact that he was abandoned by his family because of his albinism, he has fought to succeed in his life. He is considered one of the founders of Afro-pop in Africa. He has released more than 10 successful albums.

His album La Diffèrence was elected Best World Music in 2010 at the Victoires de la Musique. In 1977, he received a National Order Award from the Guinean President Sèkou Touré.. 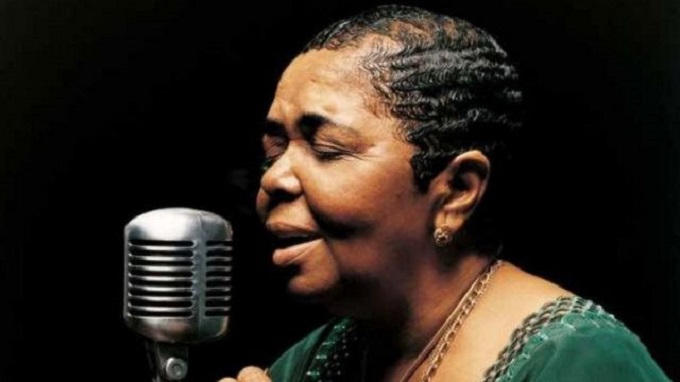 Nicknamed the “Barefoot Diva”, Cesária Évora is a Cape Verdean singer who is not to be missed in Cape Verde and around the world. With her deep and sweet voice, she has popularized Cape Verdean “morna” music internationally. 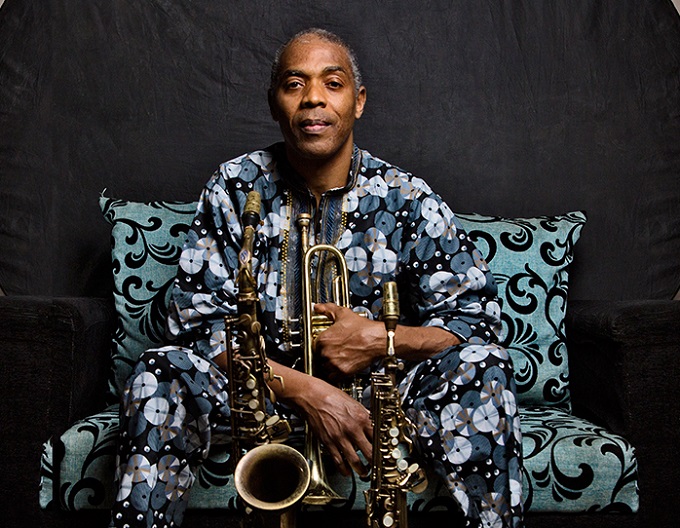 Femi Keuti is a Nigerian singer, son of Afro-beat legend Fela Kuti. He began his career playing in his father’s band. In his music, he fights against poverty and corruption and supports the underprivileged.

SHis album Fight to Win quickly became very popular internationally, as he collaborated with American musicians such as Common, Mos Df and Jaguar. 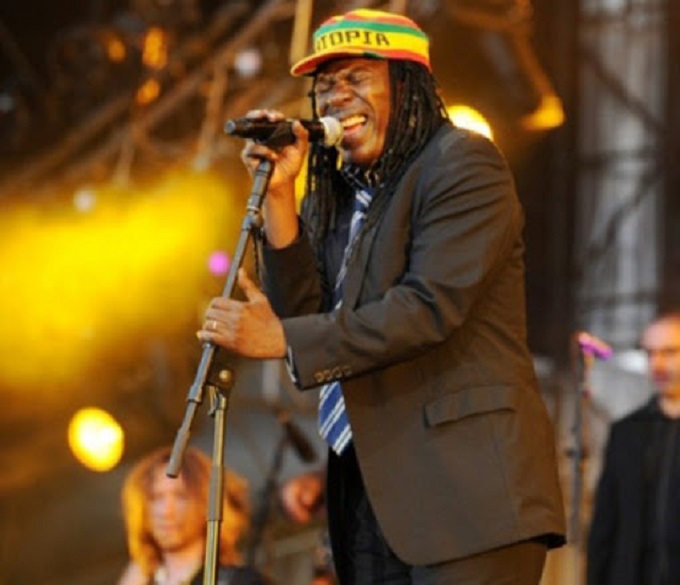 Alpha Blondy, whose real name is Seydou Koné, is an Ivorian reggae singer very popular in Africa and known internationally. The song Brigadier Sabari is a huge success in Côte d’Ivoire and Africa. It denounces police violence and at the same time allows him to become known in Europe. In addition, he is a UN ambassador for peace in Ivory Coast. 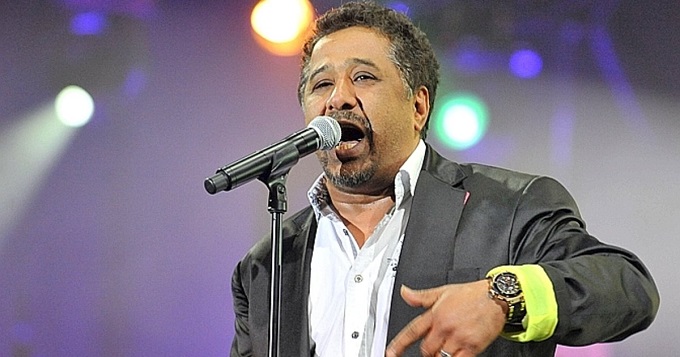 Khaled is an Algerian “rai” singer the most famous in the world. He is also a songwriter and multi-instrumentalist. He is very popular in France with his singles “Didi” (1993) and “Aicha”. He has sold more than 20 million albums worldwide. 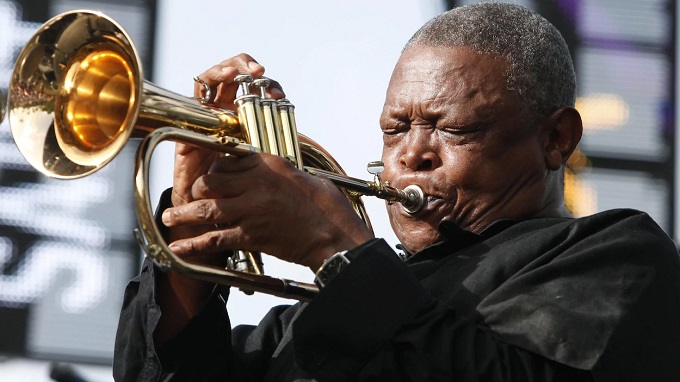 Hugh Masekela is a talented South African jazz musician and trumpeter. He has sold over four million records worldwide. His two best known songs are Bring Him Back Home and Grazing in the Grassare. He is a two-time Grammy Award winner. 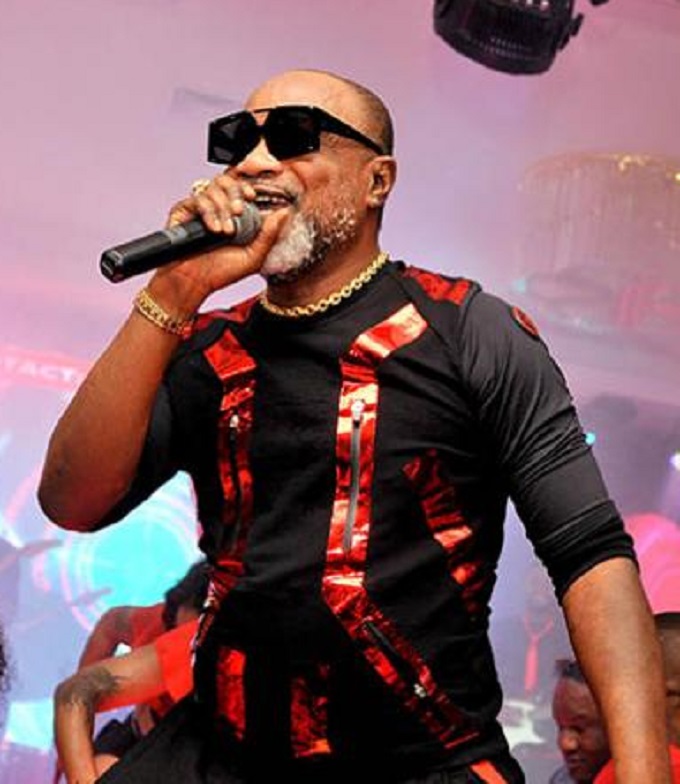 Known as a Soukouss musician, Koffi Olomide is a Congolese singer who has released more than 30 albums that have sold millions of copies worldwide. 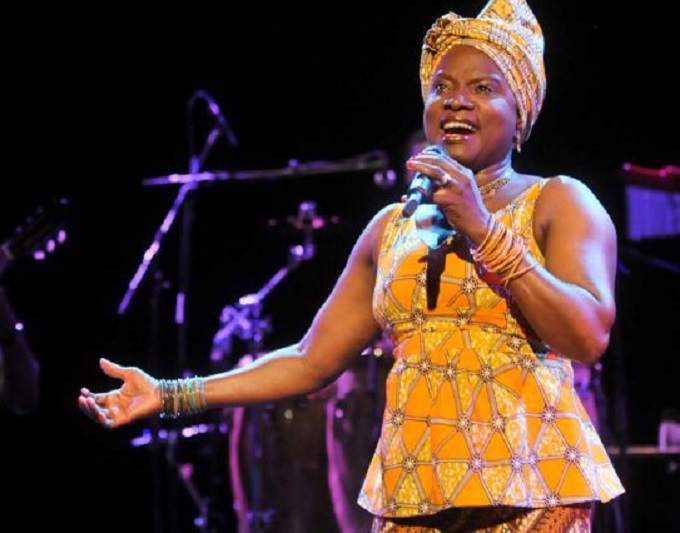 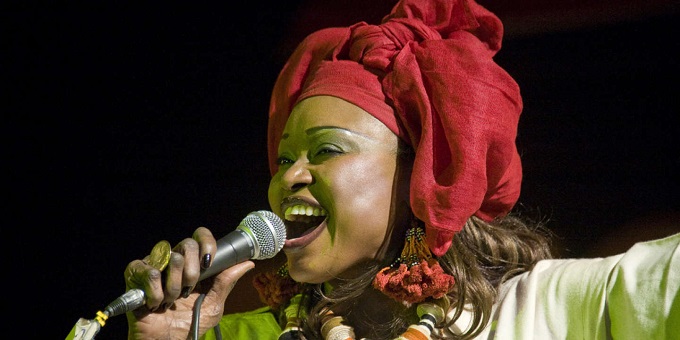 Oumou Sangare is a talented and very popular Malian Wassoulou singer. She got into music at a very young age so that she could help her family in need. Winner of a Grammy Award, her debut album Moussoulou which means “Women” has sold more than 200,000 copies. By the age of 21, she was already a big star in her country. She is also an ambassador for the Fao. In 2001, she won the UNESCO prize. 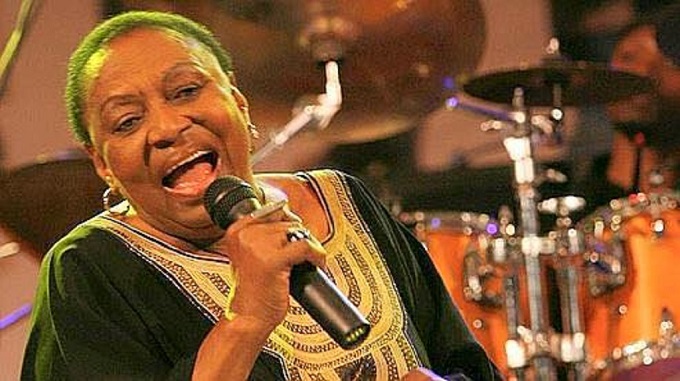 Nicknamed “Mama Afrika,” Miriam Makeba, real name Zenzile Makeba Qgwashu Nguvama, is a South African ethno-jazz singer and political activist. Known throughout Africa and around the world, she uses her music to denounce the apartheid regime and promote the African continent.  In 1956, her song Pata Pata was a huge success. This song will give her international recognition and will bring her around the world.

For her record An evening with Harry Belafonte, she received a Grammy Award IN 1966. She is the first South African to win this award. In France, she was decorated as Commandeur des Arts et Lettres in 1985 and became an Honorary Citizen in 1990.

In 1999, Makeba was appointed UN Goodwill Ambassador for Food and Agriculture (FAO). 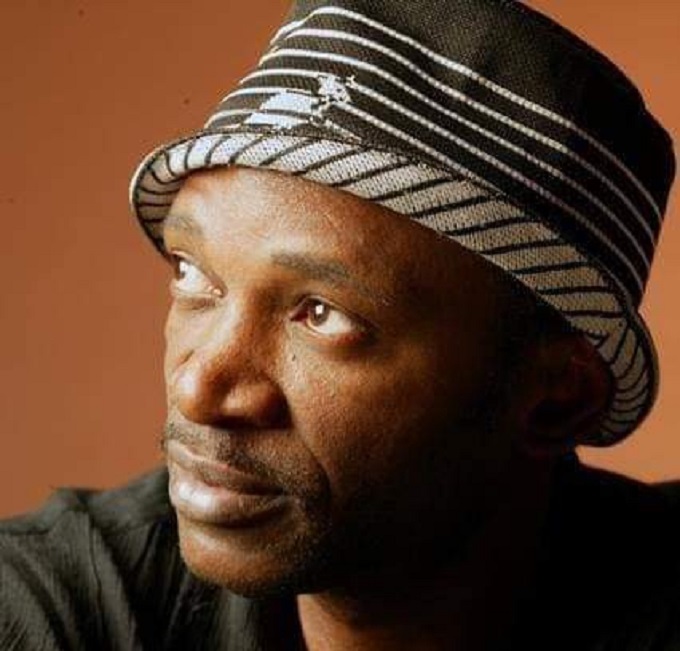 Oliver Ngoma is a Gabonese Afro-Zouk singer and guitarist. His father introduced him to music at the age of eight. In 1990, the album BANE was regularly broadcast on the radios Africa n°1 and RFI. It quickly became a hit in 1990 throughout Africa and in France. Other successful songs are Icole, Lusa, Adia. His talent will bring him recognition in Africa and Europe.

Bébé Manga, real name Elizabeth Bessem Ayamo Manga, an exceptional Cameroonian makossa singer. In 1975, she started her career in a nightclub in Abidjan, Ivory Coast. Extremely talented, she quickly performed all over Africa. With her hit song Ami O., she won international recognition. 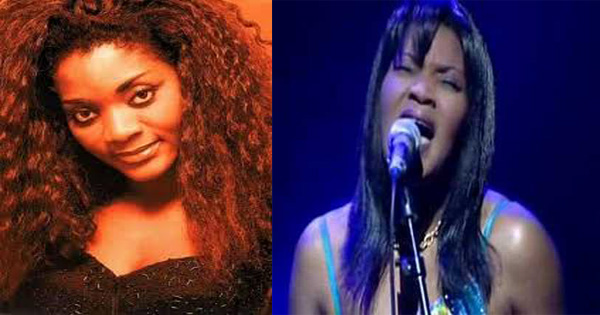 Monique Séka is an Ivorian Afro-zouk singer. She is the daughter of Okoi Seka, Ivorian singer of the 1990s. Nicknamed the queen of Afro-zouk music, she has established herself among the general public thanks to her melodious voice.  The songs Missounwa (1989), Okaman (1995), Yelele (1999) and her magnificent duet with Meixay are a must. 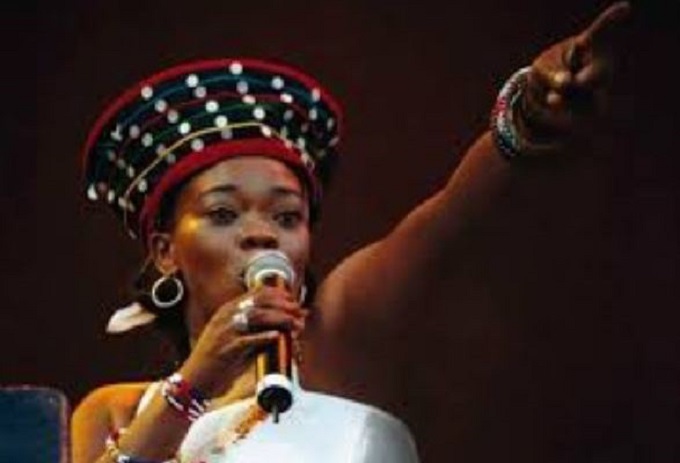 Nicknamed “The Madonna of the Slums” by Time Magazine in 2001, Brenda Fassie is a South African variety singer of Xhosa origin. She began her career at a very young age singing for tourists. Thanks to her songs “Vul’indlela”, “Weekend Special”, “Too Late for Mama”, “Thola Amadlozi”, she has gained recognition in South Africa and internationally. Her album Memeza, with the song Vul’indlela, was the best selling album of 1998 in South Africa.