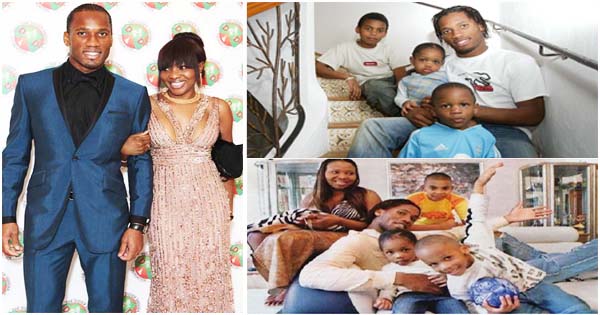 Behind a great man is an exceptional woman. While some footballers chase superficial women, Drogba has chosen a humble, discreet African woman with a very good heart. Lalla Diakité is an honourable Malian woman to be saluted. Thanks to her devotion, her discretion, her love for her husband and children, Didier was able to become the incredible man he is today.

We’re not just talking about a great footballer. We’re also talking about a man with a big heart, who is fighting with his foundation to help those in need. Throughout his career, he has made Ivory Coast proud and has shown a very positive image of Africans around the world through his talent, his magnificent African family and his gifts of heart..

Afroculture.net open the doors of this African family, which is a true source of inspiration.

“Didier and I met on 10 January 2000. In fact Didier has an uncle (Michel Goba, editor’s note) who played football in Brittany. Didier was with him and that’s how I met him. It was in the Morbihan region, in the town of Vannes. He already knew me… I don’t know if I can put it that way, because it’s a bit private anyway… I knew him too, compared to his cousin who’s a friend of mine. »

Who had love at first sight?

During a documentary made on the life of Didier Drogba, we got the answer to this crusty question.

‘”He’s the one who fell in love at first sight.’‘, she recalls with great humor.

”I’m not ashamed to say it. I chased him for five years. I was very romantic. “You know, when a man wants to please a woman, he does things.

If you ask me, what are the secrets of this relationship? Why is this African couple so fantastic? Afroculture.net reveals the key points of Didier and Lalla’s longevity. 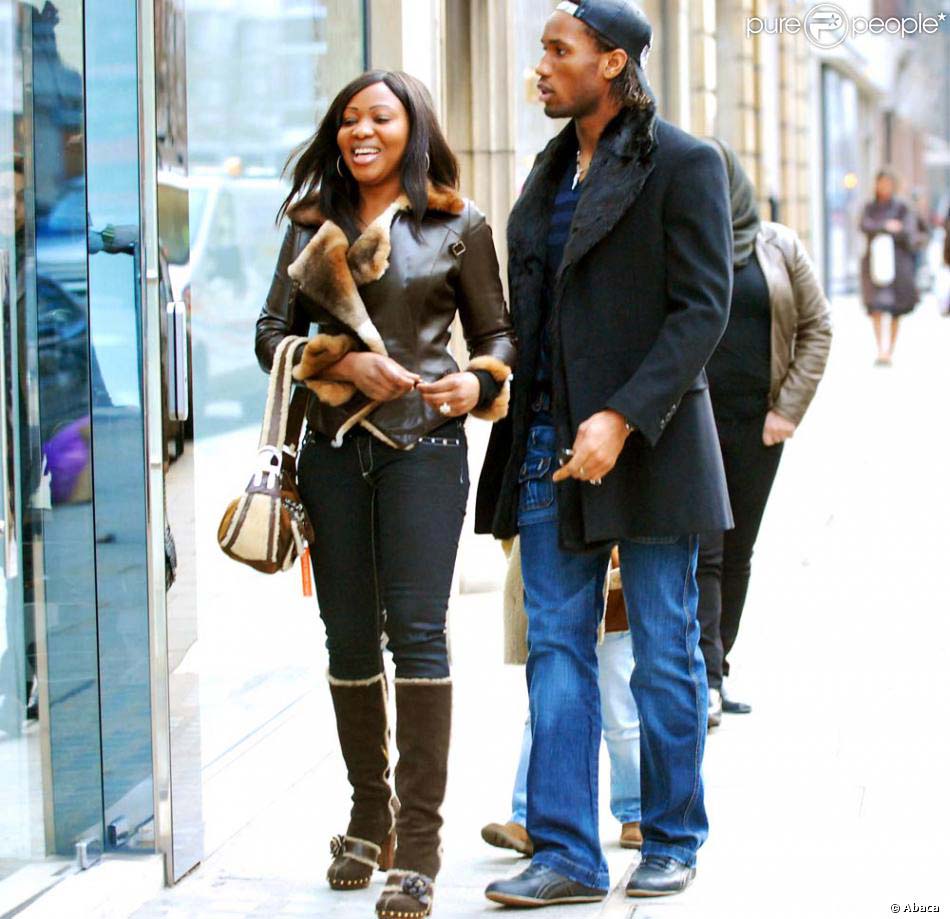 His wife is more than a wife. She’s also his friend and his greatest support.

“I’ve known my wife since I was 18 years old. She’s my friend. She helped me to channel myself when we got married, to party less outside, to be less wasteful…to regain my equilibrium. She’s also given me wonderful children. Without her, my career would have been different,” he explains.

Sacrifice for the welfare of her husband and children.

Before meeting Didier, his wife was studying to become a nurse. She had to stop her studies, following her husband’s career. Shy and reserved, Lalla decided to be a stay-at-home mother to take care of her children: Kévin (Lalla’s first son from a previous relationship), Isaac and Kieran (born in 1999 and 2009), and Iman, born in 2002.

Her goal is to make her man feel good. She’s willing to give up everything to follow her husband.

“I don’t have a preference. I go where he feels comfortable. » 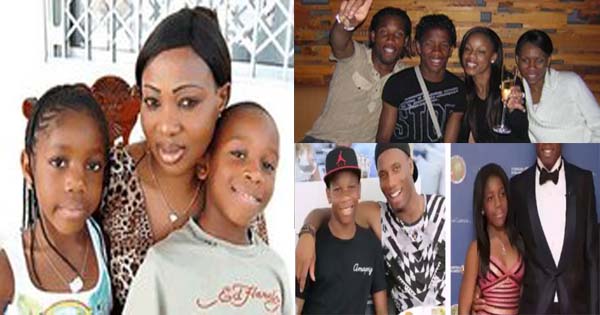 Discreet and a good counsellor. She gave her husband balance.

“She allowed me to channel myself when we got married, party less outside, spend less… regain my equilibrium.” explains Drogba on the programme C’MIDI, on Côte d’Ivoire’s national television channel RTI1.

When you’re a footballer, you’re used to having a lot of money, being invited to a lot of parties. And a lot of footballers often get lost in this too bling world. Dogba’s wife, as a very good counsellor, knew how to give her husband a balance. She allowed him to spend less and party less. Because family comes first.

“Just because we have money doesn’t mean we should spend it foolishly. He enjoys himself from time to time, but it’s moderate. I watch and when I see that it is going to overflow, I tell him so. And anyway, Didier is a person who doesn’t spend money. He knows how to set limits. There’s the family, there’s the African family too, you have to take care of them”. explique Lalla.

Drogba chose his wife with his past.

A lot of men, when a woman’s had stories before. are reluctant enough to enter into a serious relationship. When Didier and Lalla met. he was aware she already had a child, Kevin, from a past relationship. That didn’t scare him. He fought to have an exceptional woman and the future proved him right. Very eager to be a father, they had Isaac three months later.

”It’s something I’ve been looking forward to. Because I love kids. A lot of people said that I wasn’t ready and that it was too soon. But we already had Kevin (Lala’s first child from a previous relationship) who was already a responsibility. It was like an apprenticeship for me. I was learning my life as a father from him and it was going very well.

Drogba is catholic and his wife and children are muslim. Everyone respects each other’s religion and everything is going well.

“I am muslim, I am Malian, but I am not going to force him to convert to Islam either. He’s catholic, it’s fine, it works. I practice my religion, he practices his. We’ve found a balance. I’m a muslim, yes, but not the “extremist” type. The main thing is that I pray, I fast. I try not to harm my fellow man. I put my pants on when I want, I married a Catholic… »

When you look at this world where humans are tearing each other apart over religious differences. I think that many should be inspired by this couple to live in peace. Respect and tolerance are the keys to happiness and a long relationship.

“People might say I’m saying it because he’s my husband. But Didier takes very good care of his children. His whole family, in fact. He’s especially close to our daughter. And she also loves her daddy very much. Didier is a real father hen for his children. »

A man’s value is recognized by the way he takes care of his family. The former captain of the elephants is a very good father. And that’s a very good blessing.

When their son Isaac was born. Didier changed. He became more responsible.

”He’s become more responsible. He started making plans, which he didn’t do before. And he recognizes that. ”It was a total change. 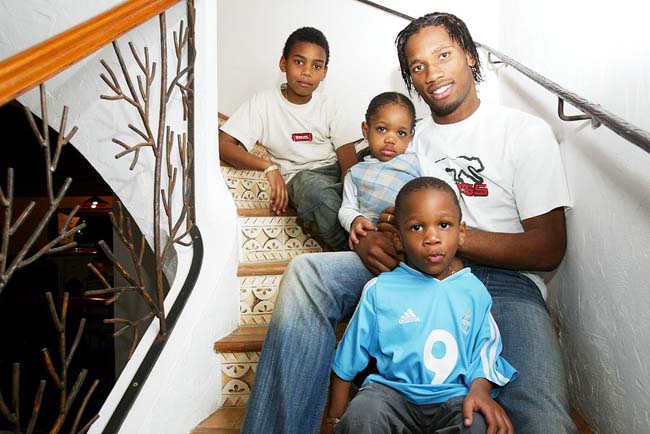 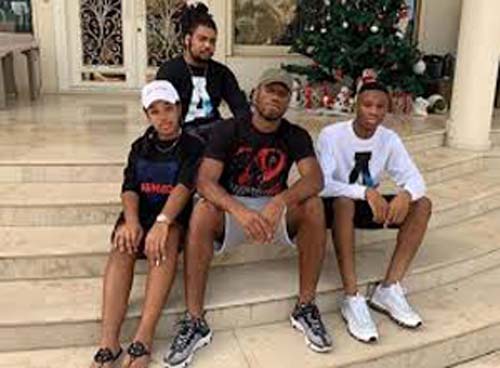 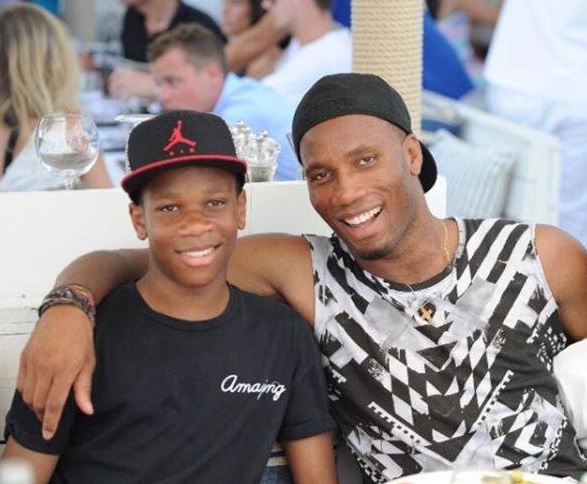 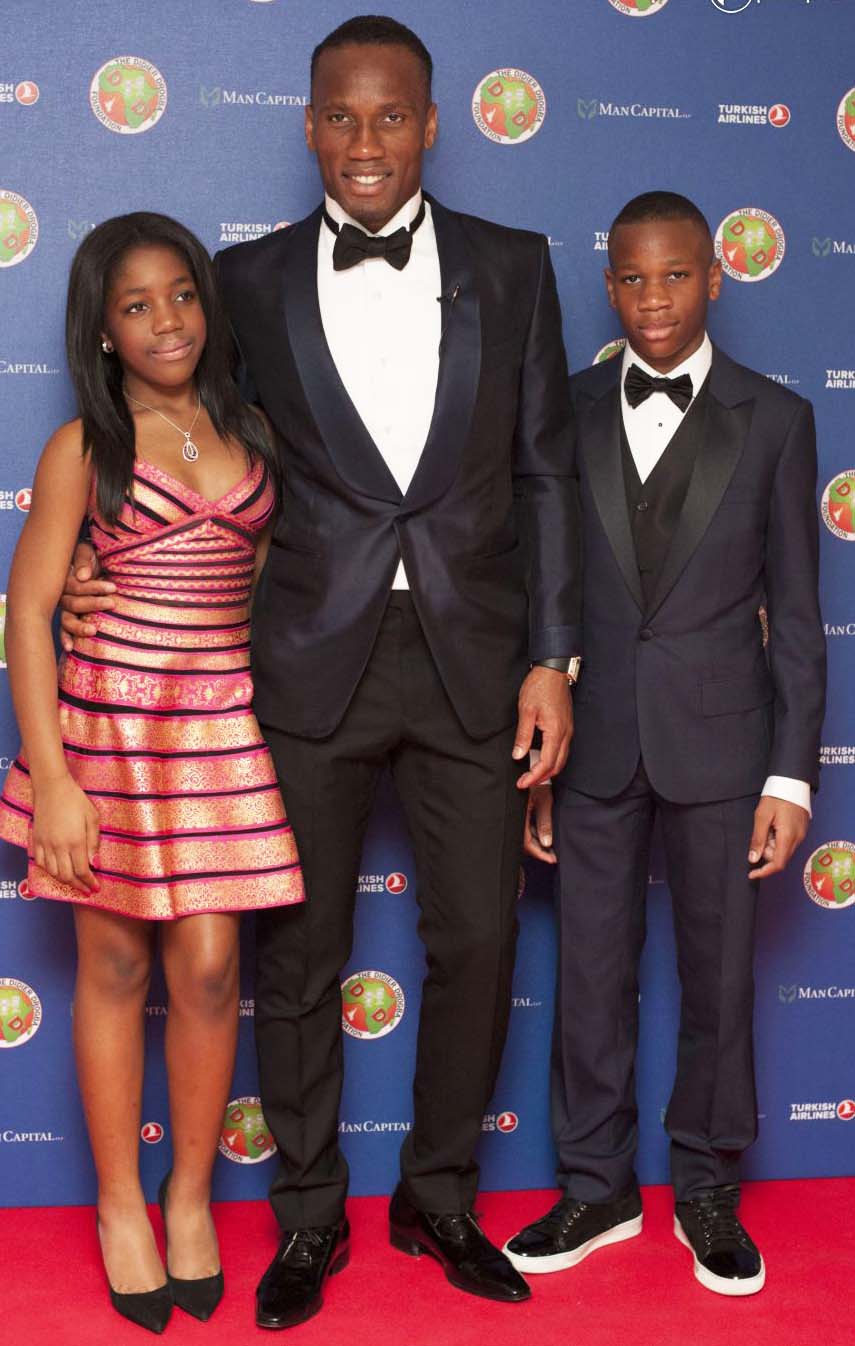 Fighting for the one in his heart.

When you know that a person is meant for you. You have to give yourself the means to have the one you want in your heart.

Didier lived in Le Mans and Lala in Brittany. Despite the distance, Didier regularly took the train to come and see Lalla. To conquer his beautiful, he was very romantic.

”Didier made me believe that he couldn’t come because he had to play a match the next day. “To my surprise, he came over and invited me to a restaurant. And the thing that struck me that I will never forget is that he bought me gifts and took them to the restaurant. He handed them to me in front of everyone and I didn’t want to open them. I took the package and put it in my bag. But he took it out, because he wanted me to open it in front of everybody.”

Afroculture.net gives you some key points about the longevity of the couple Drogba and Lalla. It is also necessary to specify that after 12 years of life together, the lovebirds said yes officially in June 2011 during a sumptuous ceremony in Monaco. We love this couple and we wish them a lot of happiness. What do you think? What’s your opinion of this couple?