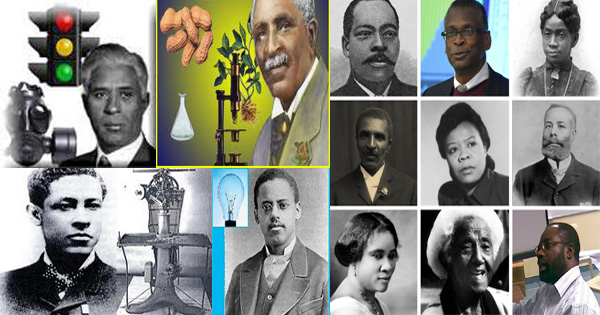 This article tribute to inventors of black people that have revolutionized the history. Unfortunately, most of these scholars remain unknown.

When I was little, I thought God had forgotten the black people. We were the only ones not to have heroes, not to have stories. I was in total ignorance as many of us. Ignorance is a poison which man must fight. Often when the media is listening. One has the impression that black people are just good music and sport. It stigmatizes us constantly through the suffering and misery of our country. It points to us, we say that black people did nothing, nothing creates, builds nothing.
But this is wrong! The song of the slaves, heroes such as Martin Luther King, Nelson Mandela, Lumumba, Malcolm X and many others have given their lives to hear the story of black people. To make everyone understand that we exist, we breathe and we have the right to live. Black people have tremendous resources and opportunities to exploit. Yes we can, we have a dream!
Do you know that Lewis Howard Latimer invented the light bulb? Did you know that Benjamin Banneker invented the first wooden clock? Do you know that the great French writer Alexandre Dumas was mixed race? He is the author of the Three Musketeers, The Count of Monte Cristo, Queen Margot. Do you know that Alexander Miles is the inventor of the elevator? Did you know that George Washington Carver created the flour, vinegar, ink, soap, synthetic rubber?

Do you know these inventors?