An African couple gives birth to a white child 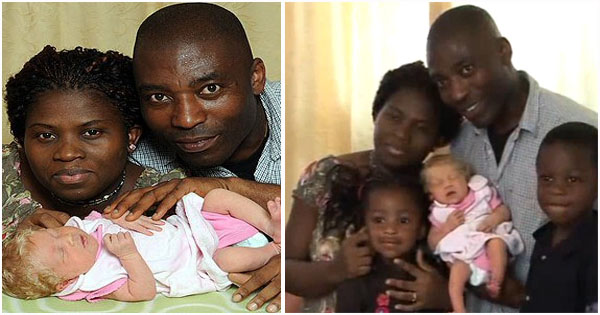 An African couple gives birth to a white child

Indeed, Ben and Angela Ihegboro are part of a family like no other. These black parents gave life on July 20, 2010 to Nmachi Ihegboro, a white-haired girl with blond hair and blue eyes.

This story is incredible, because the parents are British black Nigerians, have no ancestor white and the baby is not albino (suffering from a genetic disease characterized by the non-pigmentation of the skin, hair, and eyes). This amazing couple lives in London and parents of two black children. They did not expect for a moment that genetics would upset their lives because their third baby will be a white child. 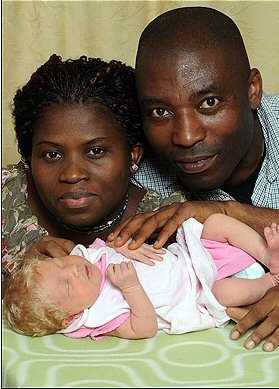 Ben Ihegboro explains to the Sun

“We sat up after birth, watching it without saying anything. Finally, the first thing I did was look at her and say, ‘What’s going on? I was so shocked that I even joked and asked, ‘Is she from me?’ “

“Of course she’s mine,” he says. “My wife is faithful to me. Even if she had not been, the baby would not be like that. “

Scientifically, how can we explain this genetic phenomenon?

Many scientists explain that this phenomenon is possible. But he can not explain concretely why black parents can give birth to white children. In the case of the Ihegboro couple, the scientists were speechless because these parents do not have a white ancestor and have already had two dark-skinned children. And it is not the fruit of adultery either. Doctors at the hospital have done tons of tests and have certified that baby Nmachi, is neither albino nor mestizo. It’s incredible.

Professor Bryan Sykes, Chief Geneticist at Oxford University, says: “In mixed populations, the lighter skin color variant may re-emerge on a child. And sometimes it can be surprisingly different from the skin color of the parents, says the specialist. This can occur in populations where genetic mixtures are numerous, such as Afro-Caribbean. But in Nigeria, there is little mixing. “For him, this situation can arise if the parents have white ancestors in their family. But in this context, this is not the case.

The rules of genetics (were) complex and we still do not understand what is happening in many cases. “

For scientists, the likelihood of black parents with a white child may be the result of a genetic mutation that parents would carry. That is, the mutation occurred in the reproductive cells of one of the two parents. And this mutation would be dominant.

Thus, we observe that racism has no place to be. Genetics makes fun of men. Because these rules are complex, indecipherable, inexplicable and totally extraordinary. It makes fun of racists and those who are afraid of difference, because it proves that there is only one race that exists, that of the human race. 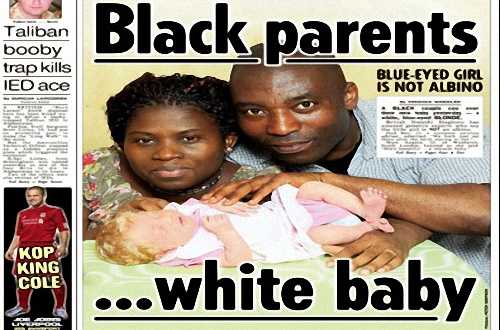 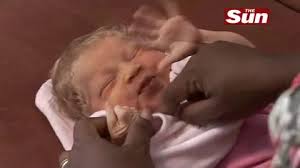 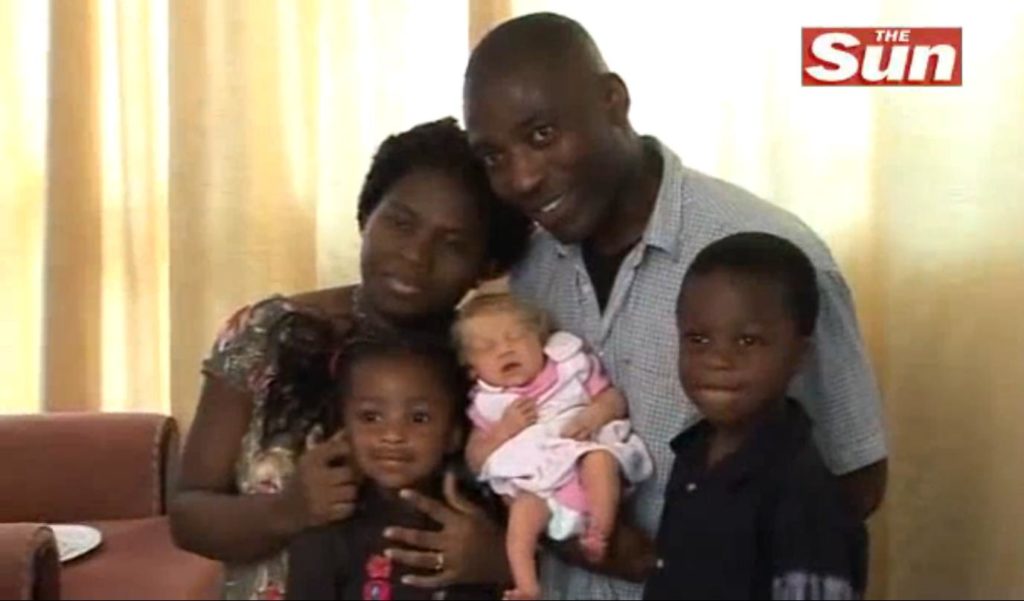