African American community is going through a real tragedy during this period of coronavirus. A viral video posted on the internet has sparked widespread outrage over the racist murder of a black jogger.

On February 23, 2020 in Brunswick, in the southern United States, a black man, Ahmaud Arbery, 35, was killed by a former police officer and his son while he was jogging in the state of Georgia.

Despite the evidence, it took 74 days for his alleged murderers Gregory McMichael and his son Travis to be detained.

Who are the murderers?

What do we see on the video?

In this recording, we see a black jogger, Ahmaud Arbery running along a road. Former police officer Gregory McMichael sits in his vehicle. And his son Travor goes to meet Arbery. As he bypasses the white pickup, the jogger is stopped by Travys who grabs it. Arbery frees himself and begins to flee, but the ex-officer’s son fires his pistol three times at the jogger, who dies quickly.

In their defense, the alleged murderers said they were dealing with a burglar active in the neighborhood. The Georgia State Police and Justice Services are also singled out for their lack of reaction before the video was released. 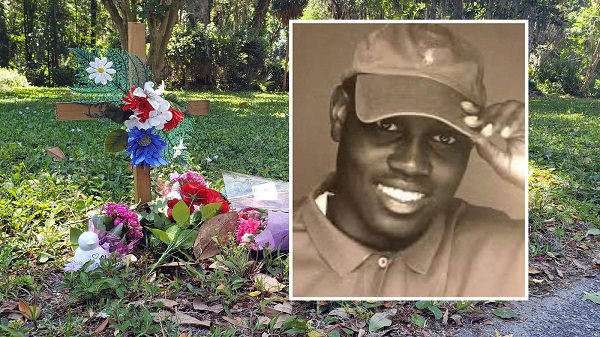 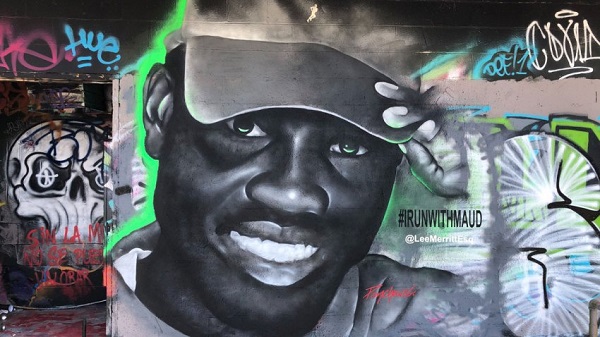 Many celebrities, politicians and internet users are demanding justice for the murdered jogger. They express their anger on social networks. The mobilization is accentuated on the hashtag #IRunWithMaud

We’re literally hunted EVERYDAY/EVERYTIME we step foot outside the comfort of our homes! Can’t even go for a damn jog man! Like WTF man are you kidding me?!?!?!?!?!? No man fr ARE YOU KIDDING ME!!!!! I’m sorry Ahmaud(Rest In Paradise) and my prayers and blessings sent to the heavens above to your family!!🙏🏾✊🏾❤️ #StayWoke #ProfiledCauseWeAreSimplyBlack😢😢

#ahmaudarbery was murdered by two white men, ON CAMERA, and dudes have not been arrested. come on, people…come. the FUCK. on… go to @shaunking ‘s page for info on how you can help fight for justice.

I am glad to see that Gregory and Travis McMichael were arrested for the murder of Ahmaud Arbery! Ahmaud and his family and friends should have been celebrating his 26th birthday today. Prayers and thoughts for the Arbery family. #IRunwithMaud

JUSTICE FOR AHMAUD !!! The horrific murder of Ahmaud Arbery in Georgia (USA) is a reminder that we still do not live the truth that all are created equal. NOT AT ALL. He was gunned down while he was jogging !!!! without regard for his humanity. This is sickening, heartbreaking, his family deserves justice. and this has to STOP 🛑

If you’re not outraged, you should be. Justice for #AhmaudArbery. pic.twitter.com/VyYaVK4NQY

People who believe in justice have done a strong job of raising awareness for his murder. Now let’s voice outrage for our brother beyond social media. Among other things, District Attorney George Barnhill must RESIGN. Text JUSTICE to 55156. Also, dial Georgia directly at 912-554-7200 to make your voice heard. Our voices are our weapon. #JusticeforAhmaud #IrunwithMaud

RIP Ahmaud Arbery. A human being with a future ripped away from him by a family of white supremacists. Before the tape was released there was no national outrage. The police had that video since the day he died. And have done nothing. Just another casualty. This is America. We have to wake up. This is our systemic sickness. Let our outrage compel us to act. To vote. Think of all the murders not caught on tape. RunWithMaud.com @georgia_naacp @colorofchange

#AhmaudArbery was running in his neighborhood and was chased down and murdered and no arrests have been made!!!!!!#JusticeForAhmaud RunWithMaud.com

I’m sick to my stomach and could barely watch the video. Another one of our future kings and leaders was murdered!!! To the family and friends of Ahmaud my thoughts and prayers are with you. Just because you may not experience racism, doesn’t mean it doesn’t exist and if you don’t think anything is wrong with this video or try to defend this in anyway, you are a part of the problem. #thiscouldhavebeenmeoryou

What happened to this innocent young man at the hands of a father and son who murdered him for no reason, who have not been charged yet, in spite of video footage of their heinous crime… was horrifying. Incant imagine how extra traumatic it was for black people to watch. I’m so sorry. PLEASE get involved and Text 55156 to sign the petition and show your support for #ahmaudarbery 💔 #justiceforahmaud

This really brought tears to my eyes. I can’t believe people can be this evil it’s disgusting. Prayers to the family 🙏🏽

YOU CAN DO SOMETHING! these murderers HAVE NOT been charged in the murder of #ahmaudarbery . Visit www.runwithMaud.com NOW to demand justice for Ahmaud!

I have no words…..💔 #justiceforahmaud We should all be in an uproar about this!

I forced myself to watch the video. It’s sickening. Beyond what words could ever explain😢💔 Ahmaud Arbery: We say your name. We see you. We will fight for you. You matter to US. #justiceforahmaudarbery

“I am sick and tired of being sick and tired.” ~Fannie Lou Hamer Rest In Power #AhmaudArbery 🕊 ・・・ Stand with us and demand that Ahmaud’s murders are charged in his death. They are not immune from prosecution and should be tried for murder. #IRunWithMaud #repost @georgia_naacp

Gregory McMichael & his son Travis McMichael gunned down Ahmaud Arbery, 25, on his daily jog in Brunswick, GA. His mother Wanda Jones said “He was hunted down like an animal and killed.” Call the Glynn County Police Dept & demand their arrest: (912)-554-7800 #JusticeForAhmaud pic.twitter.com/WhtklDySTu

With all that’s going on with COVID-19, we still can’t forget and just sit around when lives are being taken for no reason. Let’s commit action to what Justice is supposed to be in America and the world. God Bless. #JusticeForAhmaud pic.twitter.com/N2wUYOYawa

Please sign this petition so that charges will be filed and justice for Ahmaud Arbery’s family can be served #JusticeForAhmaudArbery https://t.co/NvbsyFK4QT pic.twitter.com/RP7lqj8ZL1

Ahmaud Arbery. Went for a jog. Chased down. Hunted. Murdered. Its been months and his killers walk free. I dont want to beg, plead, reason, cry, or scream for you to see us as worthy of our breath. If you need to be cajoled into empathy, you are not who you think you are. I don’t want to wonder if you see our humanity. What do you see when you cast your eyes on us? We are worthy of peace, joy, grace, compassion, and every damn protection we are afforded by existing. We shot past sick and tired a long time ago. May God hold Ahmaud Arbery’s family and loved ones up to the light of goodness and hold them there. We keep fighting. We will not stop. There will be justice. #ahmaudarbery #justiceforahmaudarbery

Ahmaud Arbery. We know your name. May you rest in peace and know that we are fighting for you. You deserved better than this. You were taken from the world almost 3 months ago and still no charges filed or arrests made. To Ahmaud’s mother: there are no words to explain how sorry I am for your loss. And that we still live in a world where this kind of disgusting, brutal violence and disrespect of life is still a reality. We demand justice for Ahmaud because we deserve justice. Perhaps you know his name by now, or perhaps you don’t. But please pay attention everyone. This is what’s happening in our country. This is what’s STILL happening in our country. And not only in Georgia. It’s happening everywhere. #ahmaudarbery #justiceforahmaud

People who believe in justice have done a strong job of raising awareness for his murder. Now let’s voice outrage for our brother beyond social media. Among other things, District Attorney George Barnhill must RESIGN. Text JUSTICE to 55156. Also, dial Georgia directly at 912-554-7200 to make your voice heard. Our voices are our weapon. #JusticeforAhmaud #IrunwithMaud

The Players Coalition and other pro athletes sent a letter to Attorney General William Barr today requesting an immediate federal investigation into the death of Ahmaud Arbery. Among those signing the letter are Tom Brady, Cam Jordan, Mark Ingram and many more pic.twitter.com/nwxEpZoGz8

I see that tragedies like this happen a lot. It hurts to see my people (or any innocent human) being attacked. This injustice is not ok we must ALL FIGHT BACK. This is why I want to use my platform to raise awareness https://t.co/MOOM2GKHfu (1/2) #JusticeForAhmaud #RunWithMaud pic.twitter.com/JL7N6hYBnF

Ahmaud Arbery was born on a Mother’s Day.
To his mother, Mrs. Wanda Cooper-Jones,
We are thinking of you on this Mother’s Day as we continue to fight for justice for Ahmaud.#iRunWithMaud #JusticeforAhmaud pic.twitter.com/aA5Owca8mz 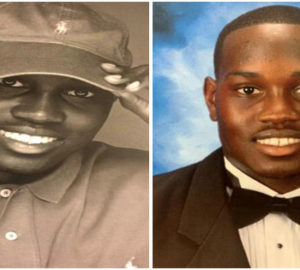