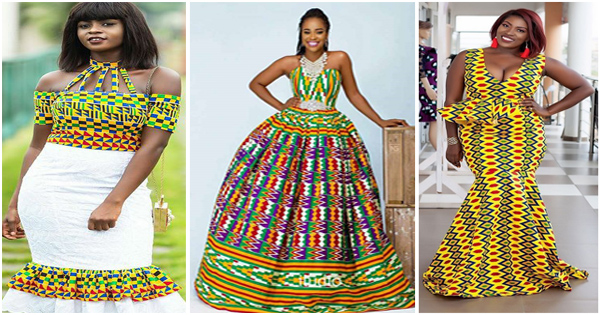 If you have an evening planned, a traditional wedding, or an important event, we strongly advise you to choose clothes in kente fabric which are the ultimate in elegance and glamor in African style.

Kente fabric is considered to be the fabric of kings. In the past, it was worn by Akan kings and high society notables. Symbol of nobility, power and prestige, Kente clothing is a staple of the African wardrobe.

But what is Kente?

Kente or kita is a traditional fabric of the Akan ethnic groups (Agnis, Baoulés, Abron, Attiés etc.) and Ashanti, Yoruba, Ewe, but also the Krous ethnic groups (Bété, Dida, Godié etc.) from Ghana and the Côte d ‘ Ivory. It is also very popular in West Africa, especially in Togo and Benin.

What is its origin ?

The origin of Kente fabric comes in part from a historical legend from two cities in the Asante region of Ghana, which are Bonwire and Adawomase. On Bonwire’s side, a man by the name of Otaa Kraban and his friend Kraku Amoagya de Bonwire learned the art of weaving by observing a spider weaving its web in the year 1650. Inspired by the spider web, they wove a band of raffia and subsequently improved their technique. They reported their discovery to their leader who, in turn, reported to the Asantehene. The Asantehene adopted the royal arts as a precious and prestigious fabric, and became the guardians of Asante Kente.

What is the meaning of patterns

The patterns and figures  have precise meanings according to cultures. And, there are also different types of kente including kente ashanti (geometric patterns in bright colors) and kente ewe (human or animal motifs).

The meaning of forms
Square: symbolizes the earth, femininity and the cosmos.
Triangle: expresses birth, existence and death.
Diamond: signifies the existential duality of existence and the destiny of man.
Circle: it is the infinite and the divinity.
Cross: symbol of the elements of water and fire and of strength.

Ghanaian women are well aware of the riches of their country. And don’t hesitate to wear and enhance traditional African fabrics.

Check out these gorgeous women from Ghana wrapped in kente below. 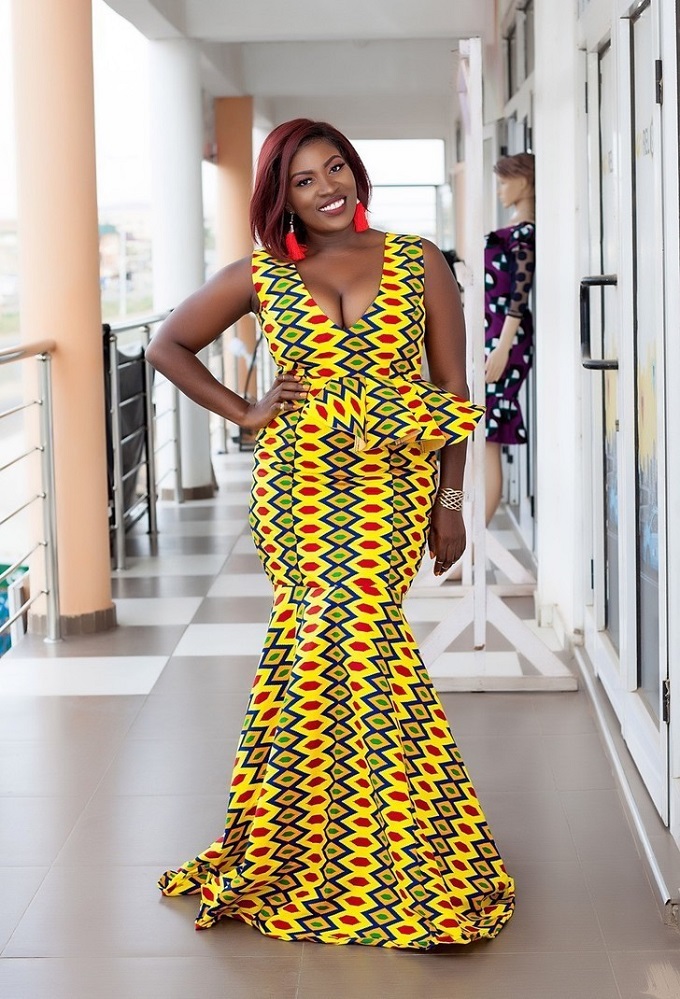 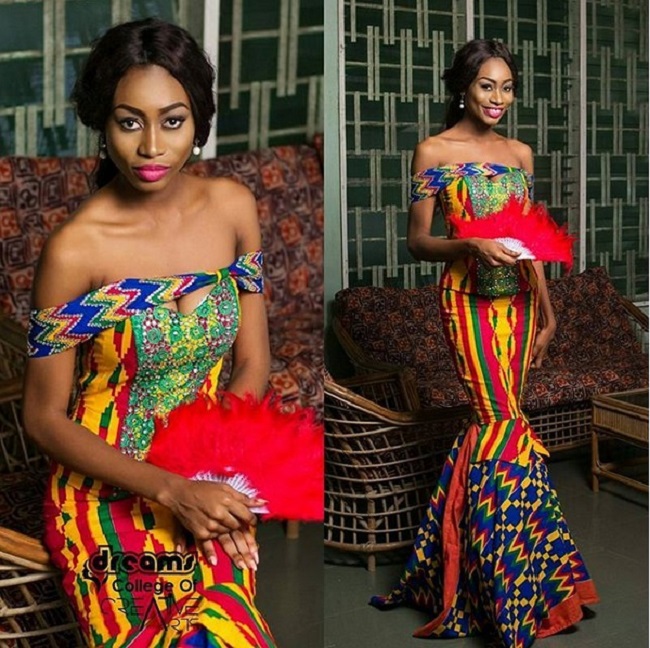 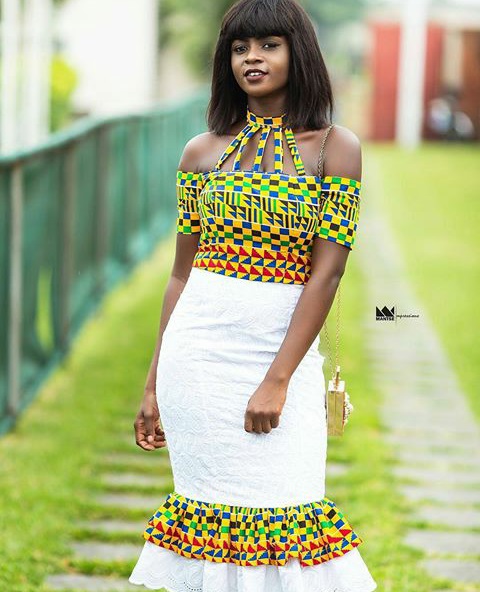 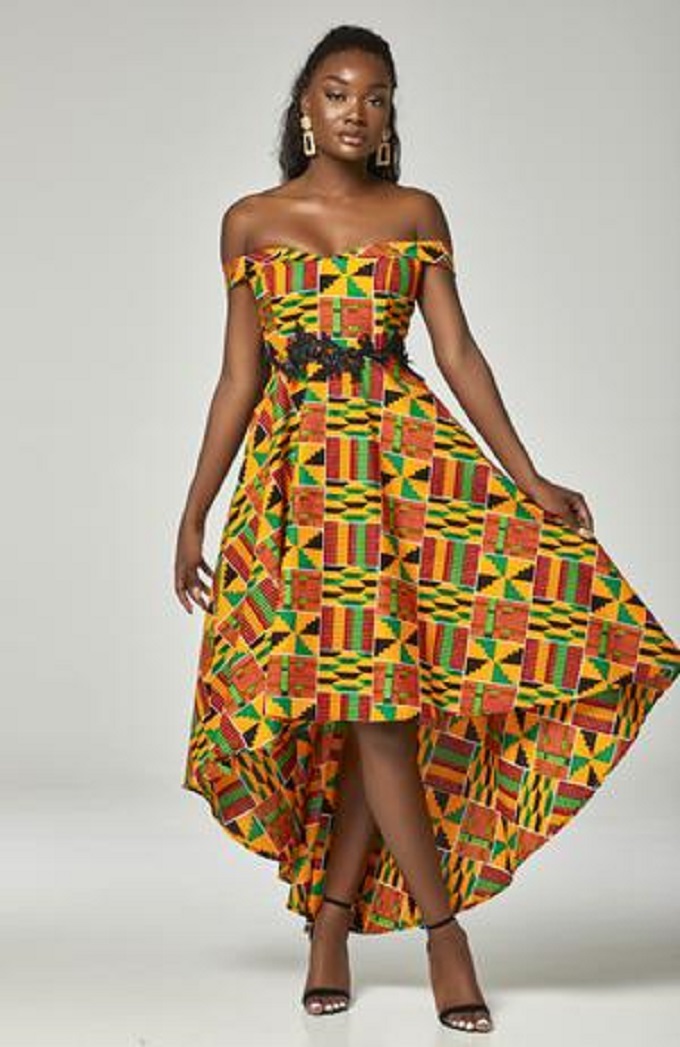 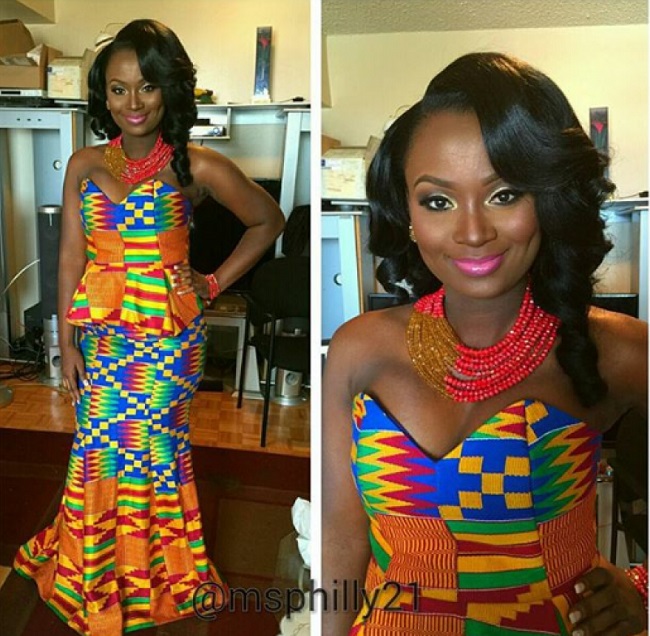 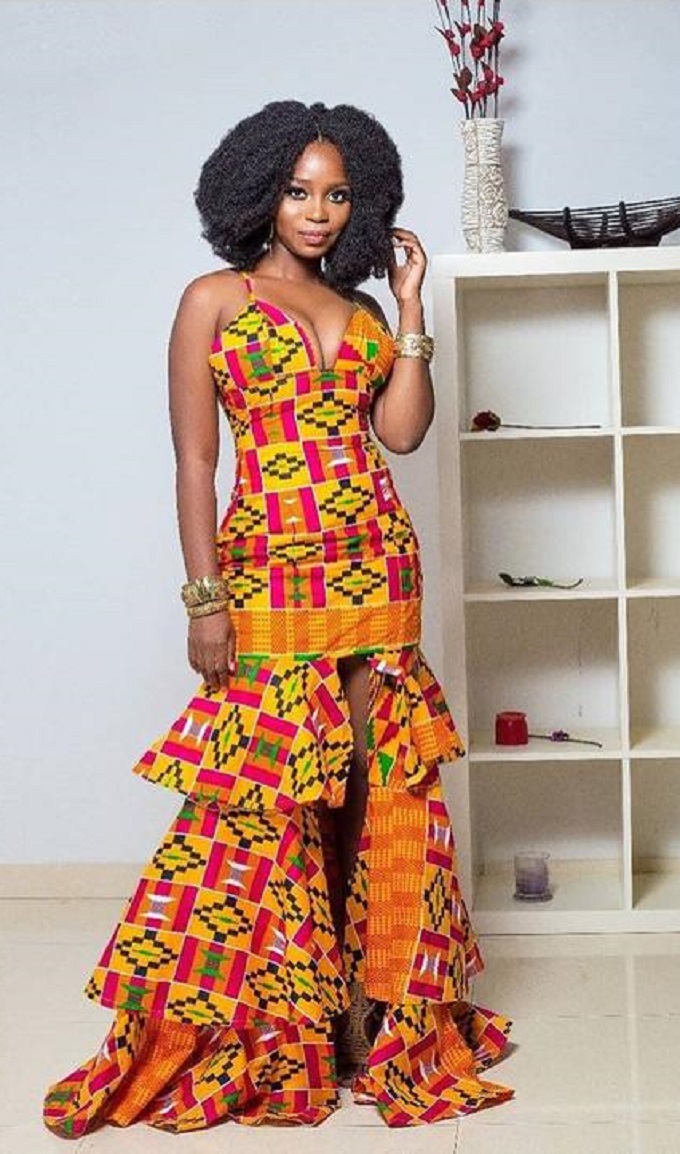 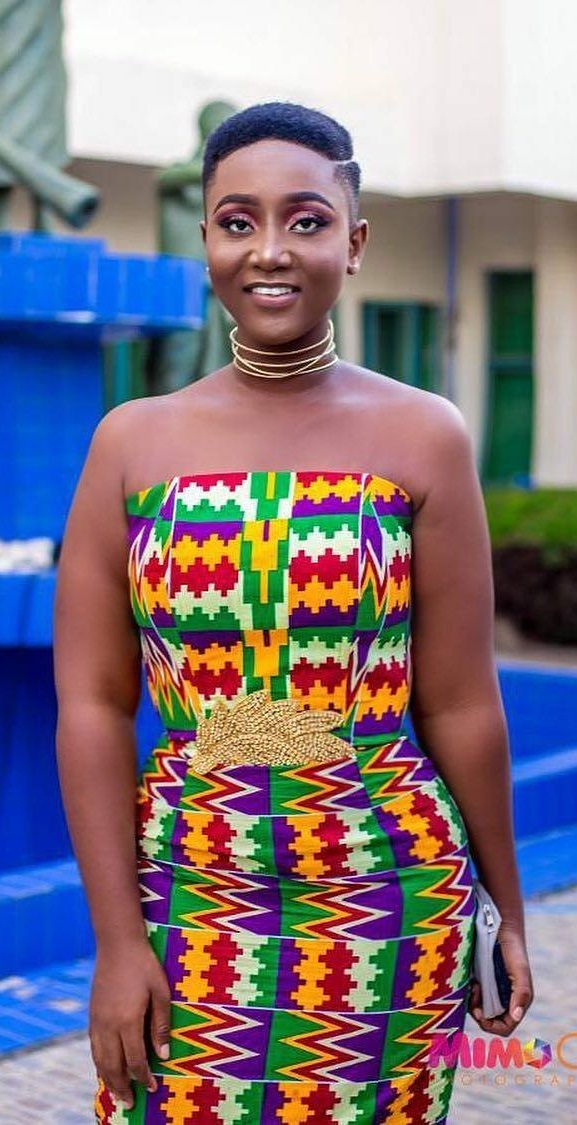 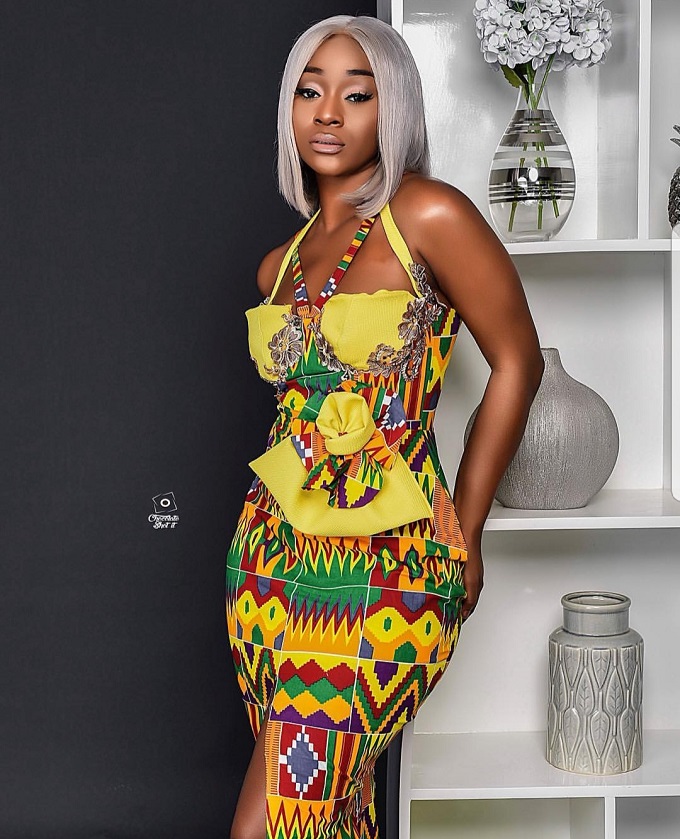 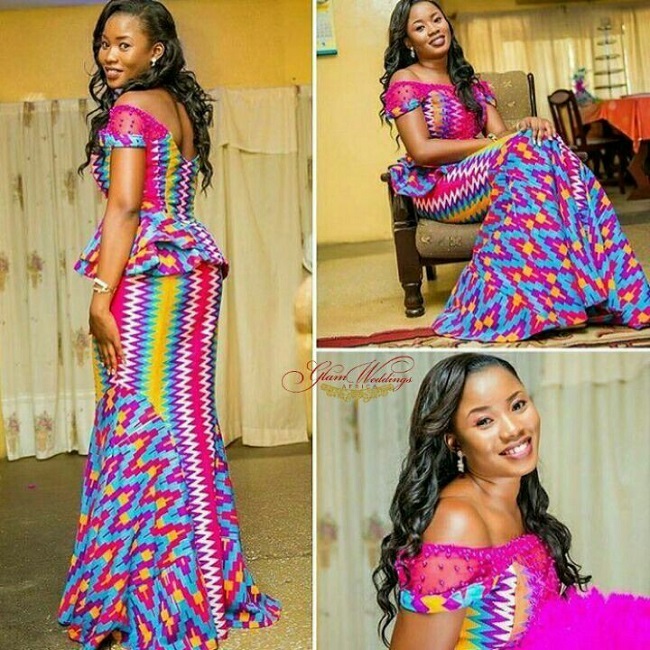 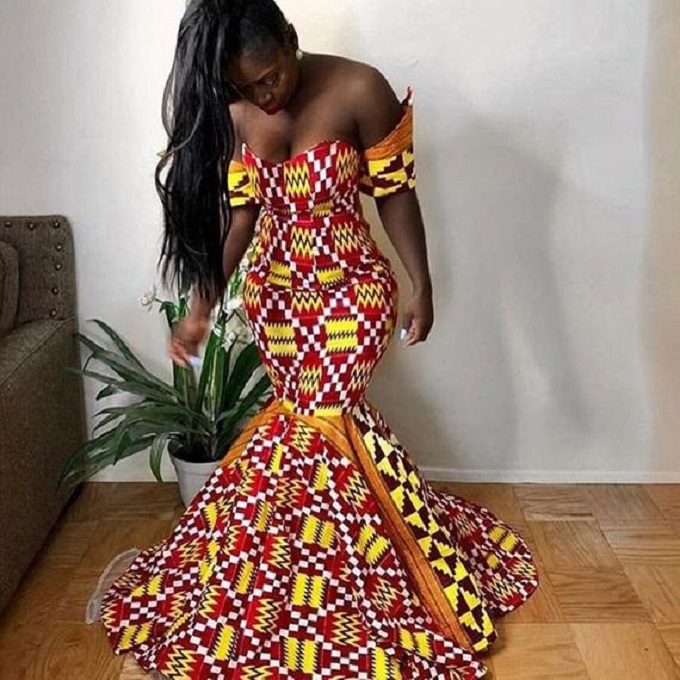 What is your favorite dress?