During a football match organised by Michel Goba in Brittany, Lalla Diakité made Didier Drogba’s heart fall. For years, they lived together, the good times and the bad times. Before meeting Didier, his wife was studying to become a nurse. She had to put an end to her studies, following her husband’s dazzling career. After 12 years together, the lovebirds officially said yes in June 2011 during a lavish ceremony in Monaco.

Chimène Akassou and Kolo Touré have been a couple for many years, and they face life hand in hand. On 16 June 2012, Chimène became the wife of Kolo Touré.
Very discreet, Chimene Akassous Touré prefers to stay in the shadows, away from the media scene. She is a stay-at-home mother and takes care of her husband and their two children.

Yaya Touré and his femme Djeneba

Yaya Touré and his wife Djeneba met when they were very young. They were a couple for more than twelve years and got married in 2018. Their relationship has been plagued by rumours of infidelity.
Indeed, Yaya Touré was accused of infidelity by Mariam Camara and of having a child out of wedlock. But he also had a scandal because of his association with prostitutes.
Despite this, his wife Djeneba alais Djenny, supported her husband in this difficult period. We must not forget that no man is perfect. Everyone makes mistakes. And as you know, forgiveness is divine.
Yaya Toure’s wife tells the press:

“Being a player’s wife is not an easy thing. Because you put up with a lot. A married woman has to keep her cool in any situation. I love my husband and I want the best for my children.“ 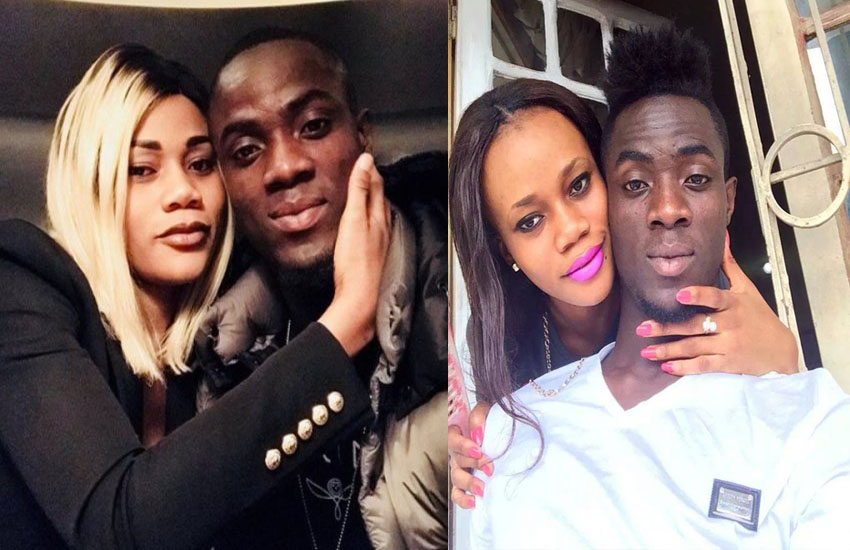 Eric and Vanessa met in Koumassi, by pure chance, in a telephone booth, and have been in perfect love ever since. At that time, Eric had a normal situation. They went through hard times together, which strengthened their relationship. They got married on 26 June 2016 in the Ivory Coast.
Vanessa exclaims:

“I met Eric when I was managing a payphone. He didn’t meet me in a plane, in a bar, at a festival, no, he met me at my phone booth with my donuts next to it. At that time he had nothing, he even came to my phone booth to call on credit, today he is an international footballer.”

She has supported her man in everything he has done in poverty and now in wealth. She has helped him with her advice to become the footballer he has become. She advises women to choose a man they love and help him succeed.

On 17 June 2017, Jean Michael Séri married the mother of his two children Audrey Gnazalé. The civil wedding took place in Nice, and the two lovebirds had the religious wedding in Côte d’Ivoire, at the Golf Hotel in Abidjan.

For some time, the Ivorian international N’dri Koffi Romaric has been in a relationship with the Ivorian Aurélie Méité. In love, he decided to endow her on 27 December 2013 in Abidjan. On 20 May 2014, N’Dri Romaric married his sweetheart.

What do you think of it?