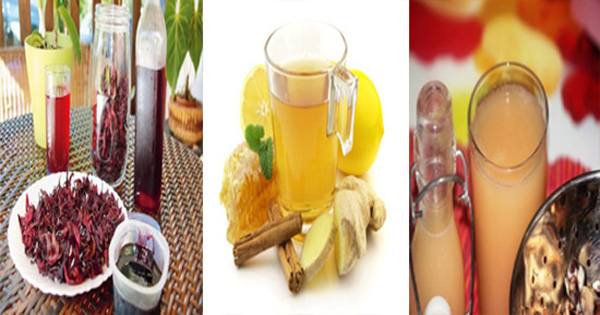 Exotic fruits and plants have non-negligible virtues. Do not forget it! It is very important to consume locally. Nature is a gift from heaven, so let us love our planet, like ourselves. 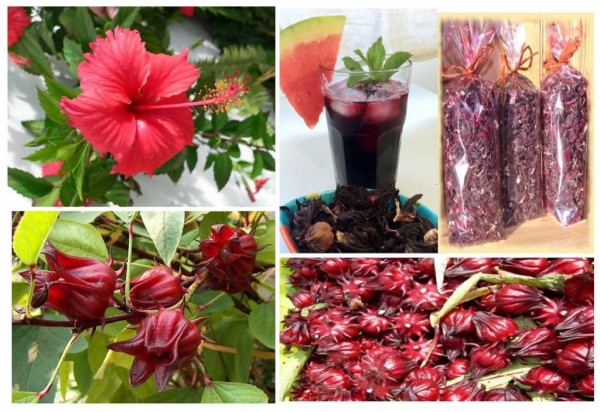 Bissap juice is a red colored drink, which is consumed enormously in Africa. It is prepared from dried sabdariffa hibiscus flowers (chalices). There are 30,000 varieties.
In Senegal, bissap is a national drink. In North Africa, particularly in Egypt and Sudan, it is a very popular beverage. The bissap is a privileged drink on holidays. For example, in Jamaica or elsewhere, during the Christmas celebrations, one consumes bissap juice.
The advantage of this drink is that it is easy to make, accessible and not very expensive. In addition, it has many consumers around the world and has health benefits.
Various uses  of flowers, leaves, seeds of hibiscus:

Bissap juice and health
Bissap juice is a drink, which is widely used in traditional medicine to cure the health of men.
Rich in protein, lipids, minerals, Vitamin C, antioxidant.
Decrease in blood pressure : Bissap juice is very effective in reducing blood pressure. That is, it allows the reduction of cardiovascular disease. According to several studies, it is strongly advised to drink several cups of hibiscus tea to lower its blood pressure.
In July 2004, a study published in “Phytotherapy” found that the subjects lowered their blood pressure by consuming an infusion prepared with 10 grams of dried calyx of hibiscus sabdariffa for 4 weeks.
In January 2009, the study published in “Journal of Human Hypertension” showed that patients with type 2 diabetes who had been drinking hibiscus tea twice a day experienced a reduction in their systolic blood pressure.
Control property on cholesterol: : Bissap juice can help better control cholesterol levels in the body.
According to the Center for New Crops and Plant Products at Purdue University, hibiscus tea can greatly reduce the viscosity of the blood. Several studies have confirmed that consuming hibiscus helps to lower or maintain cholesterol levels.
In June 2010, a study published in “Phytotherapy” states that patients who have suffered from metabolic syndromes experienced a reduction in cholesterol after taking a daily dose of 100 grams of sabdariffa hibiscus in powdered extract
Other medicinal uses:

Where to buy bissap?
It is possible to find bissap in organic stores or exotic grocery stores. If you have the chance to travel, you can find it with ease in different countries of West Africa. 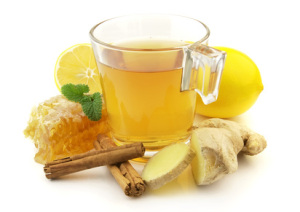 For a very long time, ginger has been consumed all over the world. It is a plant originally from Asia. It is a plant that grows in all tropical countries (India, China, Nigeria, Jamaica, Haiti, Australia). It is known for its medicinal and gastronomic properties.
Ginger can be taken in various forms, in capsules, in powder, in herbal teas, fresh or in syrup.

We can cite several benefits of ginger in health:

Dr. Krishna’s study at Odense University in Denmark on a group of patients with arthritis shows the health benefits of ginger. They took ginger in small doses for three months.
How to do ? You should chew a piece of fresh ginger when you have a cold or other respiratory problems.

How to do ? You should chew a piece of fresh ginger after meals and when you suffer from certain stomach aches.

How to do ? Women should drink a cup of ginger honey tea where they can apply a towel impregnated with hot ginger tea to their lower abdomen.

How to do ? For example, it is possible to take a teaspoon of fresh ginger juice, mixed with a decoction cup of fenugreek with honey.

This fact has been verified by the studies of Dr. Charles R. Dorso of Cornell Medical College. Dr. Dorso explains that ginger has an active agent that chemically resembles aspirin. 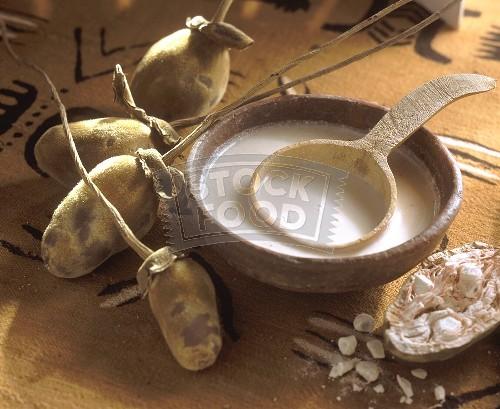 Various appellations: baobab juice, Monkey bread, Bouye (wolof)
The baobab juice is an unctuous and acidulated juice, made from the decoction of the white pulp of the fruits of the baobab tree. The baobab (Adansonia digitata) is a tree, of the bombaceae family, which can live between 500 and 2000 years. It can measure up to 20 meters high and is found in Africa in tropical areas. In Africa, especially in Senegal, women make ice creams with baobab juice and sell them in school outlets, bus stations, stadiums or markets. It is a true emblem in Senegal.
It is a cheap and very accessible fruit in Africa. It can be eaten in the form of fruit, juice and oil.
This juice is a rage in England and in many countries for its virtues and health benefits.
It is rich in vitamins C, potassium, vitamin B6, iron, magnesium. It contains 2 times more calcium than milk, 6 times more vitamin C than orange and is a good antioxidant.

The fruits of the baobab:

The seeds of the baobab:

The Bark of the Baobab:

In the food and cosmetics industry:

Where to buy and consume?
Unfortunately, it is difficult to find baobab juice. However, you can find them in Africa, if you have the chance to travel. Where in organic or exotic stores in the form of fruits or powder. In some African restaurants, you can drink baobab juice or monkey bread in the form of sugary drinks.

This article fits perfectly into the slogan of our site “Feed your roots and take control of your future.” Many Africans or Caribbeans no longer consume local products from their homes in favor of industrial beverages, which are often stuffed with sugars. Exotic fruits and products have enormous virtues. Do not overlook your riches, protect your trees by reforesting. Cherish your plants. Nature is a gift from heaven, so let us love our planet, like ourselves. What do you think ? Your opinion counts. 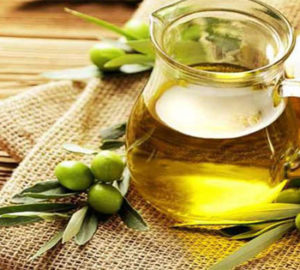 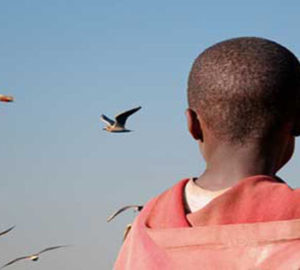