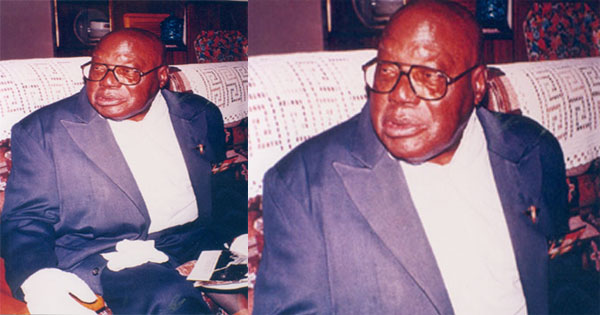 Quote from Sidi Camara to give courage to Dominique Mendy

Many black people were imprisoned during the period of Nazi Germany. Some for resistance facts or others for no apparent reason. Forgotten history, we do not tell enough suffering that people of color have lived in the concentration camps under Nazi Germany. Fortunately, Serge Bilé’s book “Blacks in Nazi Camps” is there to remind us of part of the story that many have failed to mentio

On May 24, 1944, the life of Dominique Mendy rocked. He was deported to Neuyengamme camp for resistance. Member of the resistance in Bordeaux, he fought against Nazism. Touched by the call of 18 June 1940, General de Gaulle, his role in the resistance was to recover the English parachuted into the maquis and put them in a safe place. Betrayed by his, he is arrested and entrusted to the Gestapo, who tortures him to deliver the names of his other members of his network. Dominique refused to go to school and the Germans smashed his legs before leading him to the death camp, where he suffered enormous suffering. There he was 32 090.

In the Neuyengamme camp, the prisoners faced daily humiliation and beatings. The lack of food and the cold were complicated to bear.

“Today when I see all this, I can not help but rethink the island of Goree, where our ancestors left as slaves for France, for Europe and for America. They knew the caning, the punches, they truncated death. Well, we too in this camp, we lived the same thing. We finally went through the same trials as our ancestors. “

One day without reason, the soldiers began to beat him. They gave him more than 50 shots. They nicknamed it “Bimbo” which meant “Blacks”. It was a very pejorative term for them who designated people of color.

At first, when he had just arrived in the camp. The SS guards decide to give him a stardom role. He becomes a jack of all trades. They despised him and seeing that he was black, they thought he was stupid.

To save his life, Dominique had the idea to play their racist prejudices by accentuating his role as a man to do everything completely stupid to make the most of it.

“At the camp, I did have a role, and took advantage of my situation to help my classmates. I actually played the ignorant with the Germans. I was even a fool, “he says.

He played the Kapo, a Nazi supervisor by making him believe that the French had swept him to Dakar, then embarked in France. He told them phony stories that he had no profession and that he only knew how to dig the earth and sweep. He also told the Germans that he was afraid of whites and that his only goal was to return to his country in Senegal.

Luck is on his side. Because the Kapo was born in Cameroon. He takes pity on him and gives him a domestic job to avoid working outside where the temperatures are very cold. Sometimes the Kapo’s wife brought her some fruit. She gave him an apple or a pear. As soon as they had their backs turned. He shared them with the other prisoners.

The SS jailers were convinced he was mentally retarded and constantly humiliated him. Dominique remained strong and took humiliations with humor.

For example, Dominique Mendy said: “The SS teased me by asking me: Why are you Black?” Well, I said to them: “Because I do not have soap to wash me. stupidly gave me some soap that I was eager to share with other deportees in my block. “

He managed to get minimal favors like soap saying he needed soap to clean his black skin. He also collected small pieces of bread that he shared with the other prisoners.

“I also went to see the SS and tell them plainly that I was hungry. And each time, they gave me dry bread that I shared with others. I helped a lot of French people like that. I saved them from death by providing them with food. “

Cunning as a beast was a form of resilience to save his life and that of his companions. And it worked completely.

German officers thought he was mentally ill. And let him see how they murdered the babies, the children and the mothers who arrived in the camp. Only the men were spared, but some unlucky ones were sent in special blocks to serve as guinea pigs. He was thus the witness of the barbarism of Nazism.

In the Neuengamme camp, Dominique Mendy befriends Sidi Camara, one of his compatriots, from Saint-Louis. He liked to talk with him in Wolof because they were both from Senegal. This friendship was a strength for them because it allowed them to overcome many moments of despair. But it allowed them to escape a little while thinking about their homeland.

On April 7, 1945, Mendy was saved by the Danish Red Cross, who took him to Copenhagen. He stayed more than 1 year and a half in the Nazi camp of Neuyengamme.

For his generosity, his actions of courage and his dedication, he received the Legion of Honor. On June 24, 2003, he died in Dakar, Senegal, the birthplace he so dreamed of when he was imprisoned.