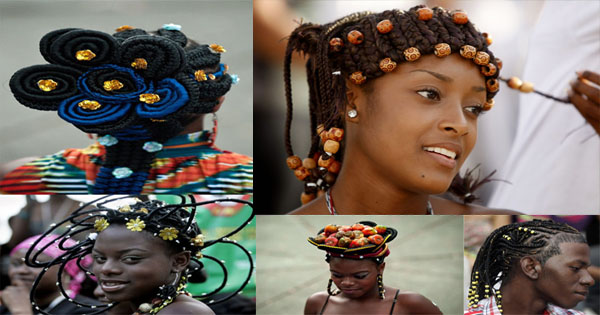 Root, culture, heritage are three symbolic words among Afro-Colombians. Afro-Colombian women, with spectacular, brightly colored headdresses adorned with pearls and fruits, proudly and easily claim the hairstyles of their African heritages. Let yourself be seduced by the magnificent Afro-Colombian hairstyles!

Afro-Colombians are a black and mixed population, living in Colombia. They are descendants of slaves from Senegal, Angola, Congo, Ghana and Dahomey, who were brought to Colombia for labor to work in the mines Gold plantations, sugar cane plantations and cattle ranches. The date of abolition of slavery of Afro-Colombians is in 1851 and they represent 10.5% of the total population. To keep their roots and identities, Afro-Colombians cling to their ancestral customs and traditions. Black Colombians are very proud of their African origins and do not hesitate to put it forward in music, art and hairdressing. They play a non-negligible role in Colombian music and culture.

In Colombia, the hairstyle is a true art. It is considered a real ornament and is transmitted from mother to daughter. During the period of slavery, Afro-Colombian women, after a day of grueling work, put on their children’s hair. Afro-Colombian hairstyles are inspired by African hairstyles with additions of colored strands, pearls, fruits or other in the hair.
How’s it going ? A person is sitting for when the headdress by adding colored fabrics, pearls to his hair. The hairdresser braids by looking at the objects around them and innovates to the maximum to create a unique and exceptional hairstyle adorned with pearls, fruits or objects. 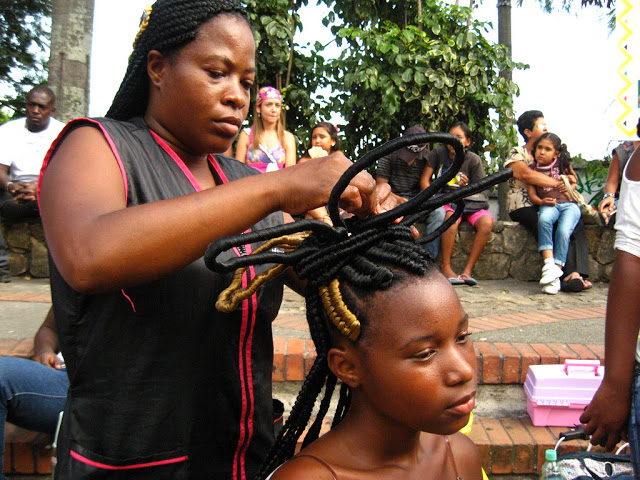 Where and when are the Afro-Colombian hairdressers contests?

Afro-Colombian hairdressing competitions are held once a year in Colombia. More precisely, they take place on May 21, at the celebration of the abolition of slavery (in 1851 in Colombia). This competition aims to honor African culture and its people by highlighting natural hairstyles.

Place and Name: There was the ninth contest of the Afro-Colombian hairdressers “Smithsonian Folklife Festival” in Cali, Colombia, with designers and hairdressers who make fantastic creations on natural hair.

There are three categories:

What do you think ?
Do you like this type of hairstyle !!!