Known as the island of flowers, Martinique pays tribute to the African slaves who were victims of the last shipwreck of a slave ship during a violent storm on the night of 8-9 April 1830 with the Anse Caffard Memorial Cap 110. It is a sculptural installation facing the sea and the trade winds. Cap 110 was built on the initiative of the city of Diamant.
But what happened exactly in 1830?
.In 1830, a ship was carrying African slaves clandestinely, while trafficking had been declared illegal. During a violent storm, the ship sank and was completely destroyed. During this sinking, more than 300 people. 46 corpses were recovered and buried. And 86 people (26 men and 60 women) were saved. The survivors were transferred to Fort de France. In the 46 corpses there were 42 blacks and 4 whites. According to the report of the Director of the Interior of April 16, 1830, the bodies of the slave mariners were buried in the cemetery, those of the captives of the ship “at some distance from the shore”.
There is still a part of the descendants of its survivors in Martinique.
Anse Caffard Memorial is what exactly?
On the 150th anniversary of the abolition of slavery, a memorial was made in 1998 in Anse du Diamant “Anse Caffard. This monument was made of reinforced concrete and sandblasted in Trinidad and Tobago by the Martinique sculptor Laurent Valère.
This work is symbolic for the history of mankind. It consists of a group of 15 statues of anonymous victims of the African holocaust very close, placed in triangle in reference to the triangular trade between Europe, Africa and America. These fifteen busts represent slave African slaves, slightly leaning, eyes lowered to the ground and the sea. They are white in color each measuring 2.5 meters in height and weigh 4.5 tons. The statues are oriented to 110 degrees towards the Gulf of Guinea. Why are the statues white? The white color is used in the Caribbean and West Africa during traditional burials.
Every May 22 (the feast of the abolition of slavery in Martinique), popular demonstrations took place there. At All Saints’ Day, the Martiniquais illuminate the monument, in memory of the missing. It is a site that is very visited by tourists.
How to get there ? The site is accessible from Fort-de-France via the RN 5 then the route des Anses. At the Diamant, the monument is located at the exit of the agglomeration, facing the sea.
Who is Laurent Valère?
Laurent Valère, is a self-taught artist from Martinique born in 1959. He is a painter and sculptor. It is also the author of the imposing underwater sculpture submerged Manmandlo in the bay of St. Peter.
Website of Laurent Valère: http://www.laurentvalereartstudio.com/project/cap-110/ 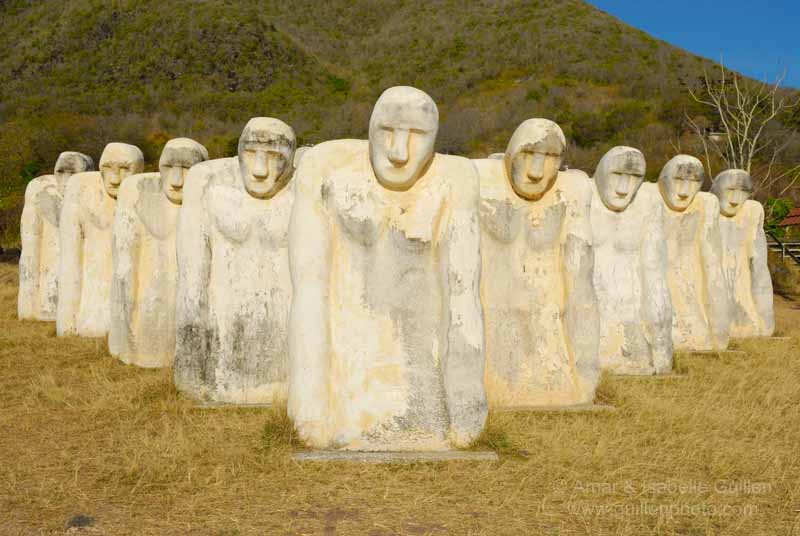 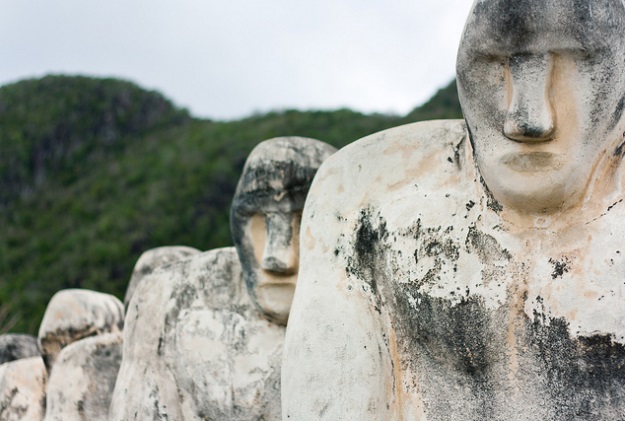 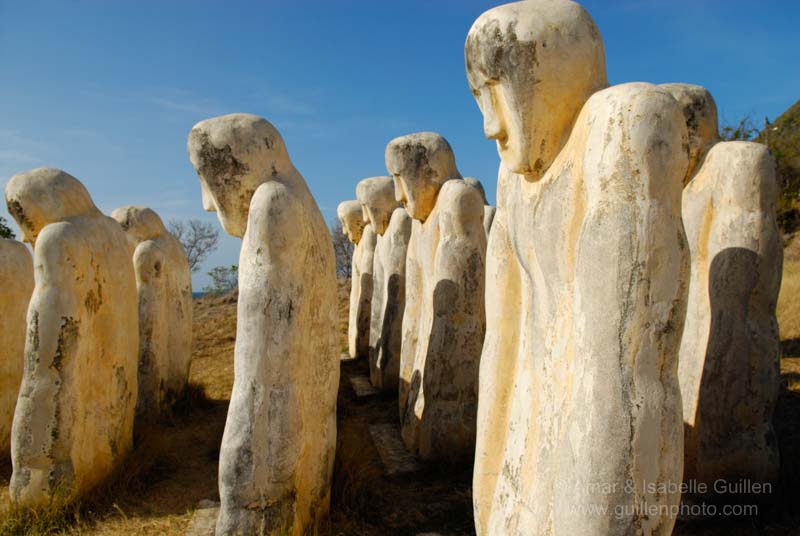 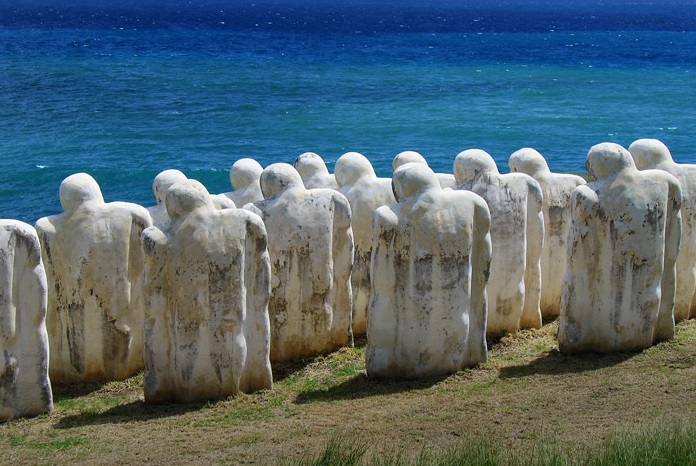 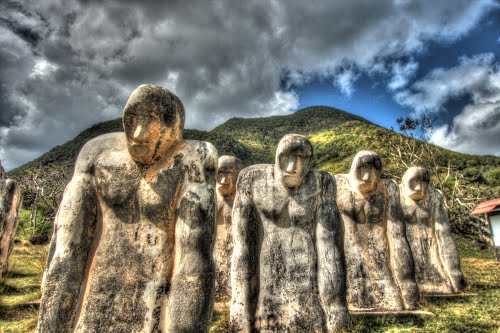 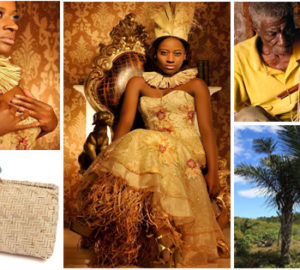