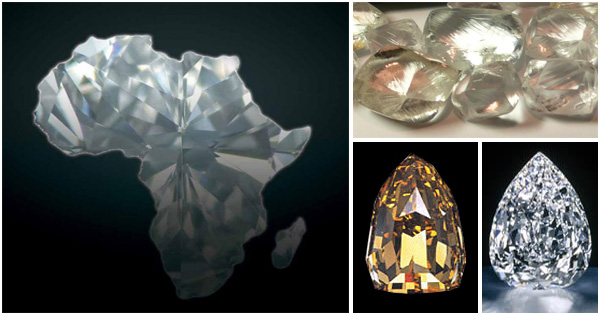 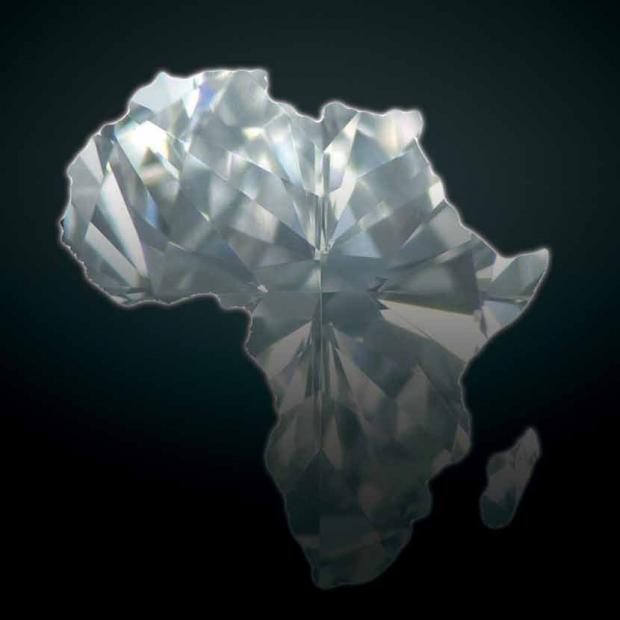 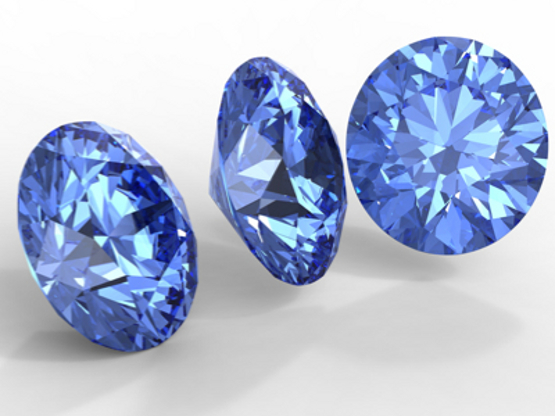 In 1950, we discovered the first diamonds from Botswana. The first diamonds are located east of the country, near the Limpopo River. The South African company De Beers, combined 50/50 with the Botswana government, produced the diamond in the Debswana Diamond Company.
The Golden Orapa diamond mine is the first and oldest mine in Botswana’s Orapa diamond mine is an open pit mine, discovered in 1967. But it was only in 1972 that the Orapa mine will operate. It is owned by Debswana.
Letlhakane diamond mine (opened in 1967). Diamond volume in the year is equal to 1 million carats. The mine has 20% of industrial quality diamonds and remaining 80% gem quality. 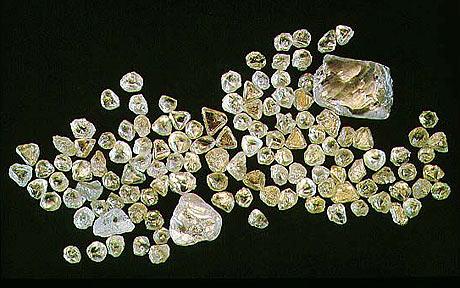 Unlike other African countries, Botswana diamond carries wealth for the country but also for the population. Diamond has contributed to a strong economic momentum in the country. With the mining resources of diamonds, Botswana’s government improve the lives of its inhabitants.
The diamond in favor of education:
_ Every child in Botswana is in school for free until the age of 13.
_ Education is free, from the age of 6 years of primary school to secondary education. Secondary education is 95% funded by the government.
_Children get a real classroom with textbooks and sports equipment.
_Before the discovery of the diamond, there were only three secondary schools. Thanks to the good governance of the state, Botswana has over 300 secondary schools.
With all these changes, children go longer in school. The government offers a better future to the Batswana people and fight against literacy.
.In addition, diamond profits are used to improve health services, access to clean water, infrastructure, social services, etc. For example, 95% of the population had access to health services close to home.
Diamond industry creates jobs. In Botswana, the diamond industry is the second largest employer in the country.

Some examples pictures of diamonds in Botswana 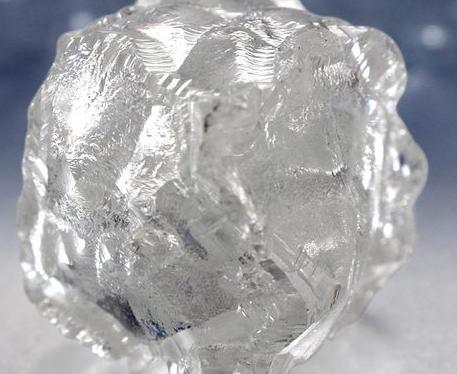 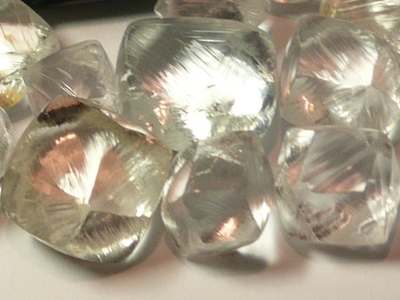 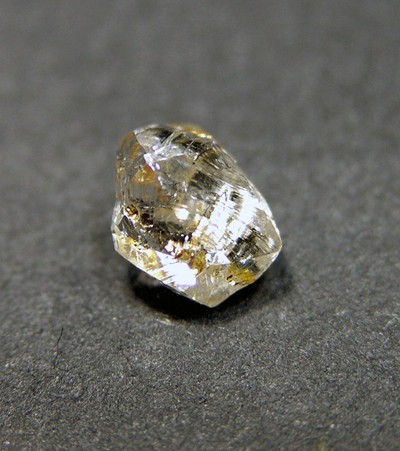 Angola has many diamond deposits. These diamond reserves are located in the provinces of Lunda Norte and Lunda Sul, in the North and the countries of the Centre. The exploitation of diamond deposits began in 1917. They are located north of the capital Luanda to the Congolese border. Angola has several diamond mines, but they are small and not very prolific.
Angola is the second African country producer of diamonds. He is third in the world behind Russia and Canada in 2013.

Some examples pictures of diamonds in Angola 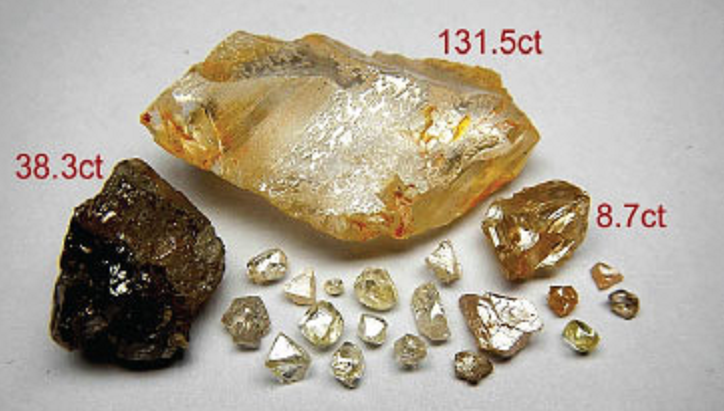 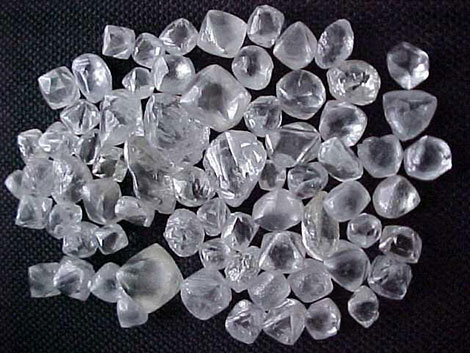 On 4 November 1907, it was discovered the first diamond of 10 carats per Forminière company sent to Kasai.
In the early twentieth s, the first diamond mines were discovered in the region of Mbuji Mayi in the south. Diamonds are very numerous and their colors range from yellow to brown. But they are hard to reach because they are covered by a sedimentary layer of more than 30 meters. The operation is difficult and craft. We find the diamond deposits in Bas-Congo, Bandundu, Equateur, Kasai Occidental, Kasai Oriental, Katanga, Kinshasa, Maniema, North Kivu and South Kivu and Orientale province.
Kasai diamond mining and Bakwanga kimberlite are the largest in the world. But, they do not provide the high quality diamonds.
The Congo is the fourth largest diamond producer. 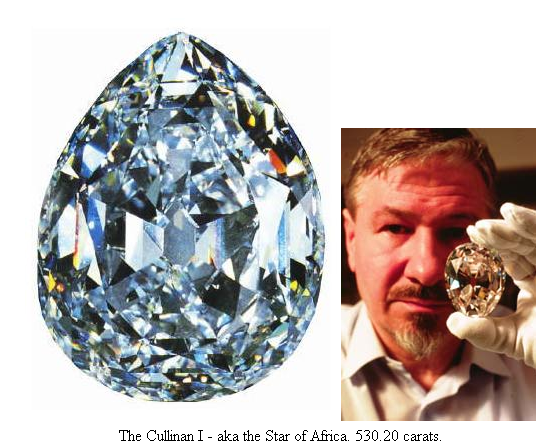 .In 1866, the first South African diamond was discovered. Aged only 15, Daniel Jacobs was sent prune a tree, with a Klondie Hottentot shepherd, along the Orange River. Klondie noticed a pretty shiny stone. He picked it up and gave it to Erasmus, who offered it to her younger sister. This diamond is 21.75 carats and to be christened “Eureka”.
In 1869, in the Kimberley region, the first diamond mines were discovered in South Africa by the Dutch colonists. Was discovered among other diamond 83.5 carats, bigger than that of Eureka. All this triggered a great diamond rush.
The three most important mines in South Africa Bultfontein, Wesselton and Dutoitspan. Today, there is a considerable decrease in mining production in South Africa. In 1960, it was discovered the Finch mine, west of Kimberley, near Postmasburg. The mine belongs to the company since the 1990s Beers There is also the Venetia mine, to the Botswana border. These are very important diamond deposits in South Africa.
South Africa is the fourth African country producer of diamonds. He is sixth in the world. 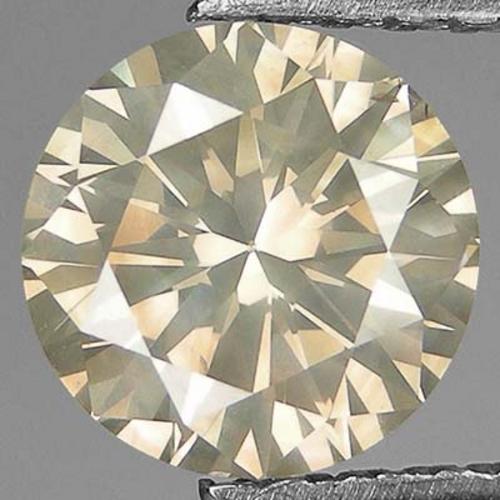 Zacharias Lewala, a worker of August Stauch, found a diamond in the sand. He hastened to give it to August Stauch who made appraise the stone. Zacharis Lewala was right, the little rock was indeed a diamond.
In 1908, the first diamond was discovered in Namibia in August Stauch, an employee of the German railway. At that time, Namibia was under German domination. The news responds as wildfire is the diamond rush. This will be short because the Germans will declare the southern Namibia “Sperrgebiet” (forbidden territory) on September 22, 1908. The restricted area was a wide strip of land, a hundred kilometers, which s’ stretched from the 26th degree of south latitude to the orange mouth. The Germans will entrust the exclusive exploration rights to public company Deutsche Diamanten Gesellsshaft (DDG). Within months, the southwest of Namibia will become the most lucrative of the German colonies. In 1915, the defeat of the German colonial troops, Ernest Oppenheimer (Chairman of the Anglo-American Corporation) acquired for 40 million exploration rights of the DDG he transforms into Consolidated Diamond Mines (CDM). In 1931, following the crash of Wall Wtreet, De Beers bought the shares held by the CDM. Aujour’hui, owners of diamond mines (CDM) are 50% of South African company De Beers and the Namibian government 50%. And name changes and becomes Namdeb Diamond Corporation. The diamond deposits come from ancient mountains bordering the Atlantic coast. The operation is done on the long beaches and coasts. The cutting and polishing of diamonds also participate in the country’s economic activity.
The deposit offers the most beautiful stones in the world. 17 million carats in ten years have propelled Namibia 5th in the world. “

The government of Namibia uses silver diamond to benefit the population. They fund textbooks and electricity. They create local centers for cutting and polishing to improve the country’s economic development. 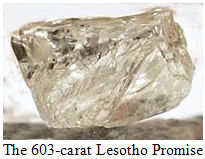 Lesotho is a small mountainous landlocked country in eastern South African territory.
In the Maluti mountains, 3000 meters, diamond deposits were discovered in the late 1950s Lesotho owes its reputation to the size and quality of its diamonds. The main Lesotho mine is mine Letseng. This is the highest diamond mine never exploited. In the early 80s, the Letseng mine was closed due to low production volume. With the explosion of diamond prices and changing technologies, Letseng mines were reopened. The operation became profitable and she gave diamonds of over 100 carats. Letseng diamonds mine is owned 70% by Gem Diamonds Limited and 30% to the Government of Lesotho.
For over twenty Lesotho produces diamonds of very beautiful dimensions.

In conclusion, Africa is a continent full of diamond deposits. Other African countries that have diamond mines in Sierra Leone, Guinea, Ivory Coast, Liberia, Ghana, Central African Republic and Tanzania Some of these countries, diamonds are synonymous with bad luck. Sierra Leone, Guinea, Côte d’Ivoire and Liberia have suffered years of civil war. Diamond has been a dramatic result in these countries. The money generated by the sale of diamonds used to finance the purchase of weapons in conflict. Hence the name the “blood diamonds”
The U.N appalled by this distressing condition decided to organize a special congress after which the Kimberley were signed agreements.