84 years of Marriage: Norman and Norma Burmah an inseparable couple 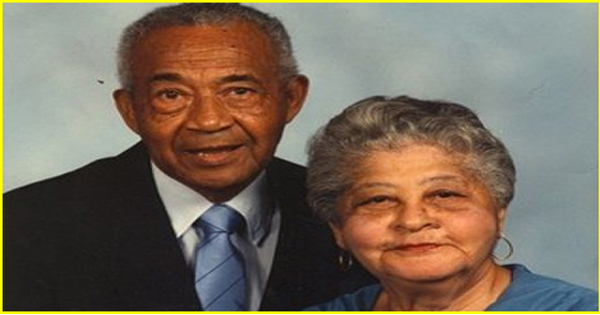 84 years of Marriage: Norman and Norma Burmah an inseparable couple

An inseparable couple in life, as in business

During a live performance by Louis Armstrong at the Roof Garden Dance Hall during the song “What a wonderful world”, Norman and Norma Burmah are introduced to each other by a close friend. The song “What a worderful world” perfectly sums up the love story that Norman and Burmah will experience.
The thunderbolt is immediate and the two lovebirds become inseparable. As a matter of fact, they were married on 26 January 1931 and lived in New Orleans.
Nicknamed “Maw” and “Paw”, by their respective families and friends, lovers decided to open a private catering company, inspired by their Creole heritage, to provide for their existence. Blessed, they have 2 children, 6 grandchildren and 13 great-grandchildren.
Norman and Norma are Catholic and pray a lot. They begin each day in prayer. God is central to their daily lives.
At age 92, Norman was still alive and mounted his first jet ski. He did not hesitate, as soon as he had the opportunity to drive his car until the age of 97 years. He loves football, television games, politics and love old movies.
On the other hand, his wife Norma explains that she is a young person of 98. She never led in her life. And she never ceases to proclaim her love for festivals and travels, especially “France. “
In 2005, the couple must leave New Orleans, as Hurricane Katrina decimated their neighborhood and their family home. After losing everything, they moved and went to live in Marksville, to be near their daughter.
At 97, Norman bought their new home. Despite their advanced age, they still live very independently. His wife Norma continues to cook small dishes for her beloved husband. But they also benefit from the help of their family members.
Their granddaughter Glenda explains:

We knew our grandparents were the longest married couples in Louisiana and were pretty sure they were part of the longest African American couple in the US but the fact that they could be the longest couple still in Life of the country is simply phenomenal.»

We see them as our national treasure. »

What do you think about this couple?