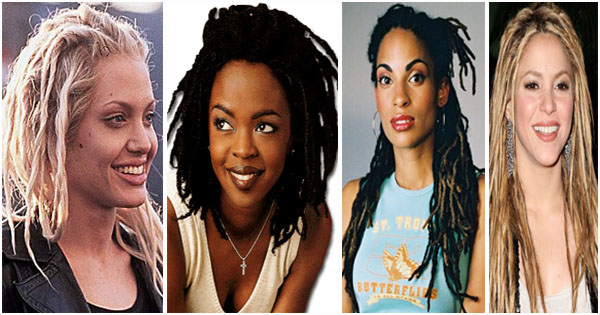 Dreadlocks are a bold ancestral hairstyle that has spanned civilizations. Known as ‘dreads’, ‘locks’, ‘rasta’, ‘Jata’ in Hindi, this haircut gives style to the wearer.

A little reminder about dreadlocks ?

These are strands of hair, which tangle and form on their own if the hair grows naturally. Indeed, once the hair is not cut or brushed, it grows naturally, and starts to twist.  The tangled hair thus forms dreadlocks. The origins and inspirations of the dreadlock hairstyle go back a long way in history. This ancestral hairstyle can be found in Egypt, Asia, Africa among various peoples, in the Rastafari movement in Jamaica and among the Germanic peoples of Greece, Celts, Vikings and Mexico, etc.

Many stars have already worn this atypical hairstyle with class and elegance. More than just a hairstyle, deadlocks are part of a way of life and a philosophy of living. Female celebrities such as Lauryn Hill, Erykah Badu, Lenny Kravitz, Goapele, Angelina Jolie, Shakira, and many others have worn dreadlocks.

Angelina Jolie in these semi dreads was probably the greatest thing ever pic.twitter.com/cOPotUSW1T

@GabbieNw aww… get dreads like Goapele, you’d be the cutest kiid pic.twitter.com/wNHrOmA9

so when I take my hair down im thinking I’m Gonna start my Lisa Bonet dreads pic.twitter.com/XptwSp1U