Dad where are you? Why does Mom raise me alone? Often misunderstood and ignored, no woman in this world, wants to be a single mother and take care of a child all alone. Live a pregnancy abandoned by all and fight daily against the slanders of society.
But when a father is absent, the weight of the world falls on the mother’s shoulders. Courageous, she must be both father and mother. Rumbling when the child does silly things and cherish when the child is saddened. At the same time, she has to struggle to support themselves and raise them with dignity.
These solo moms face a very tough daily life where the difficulties of having a decent home, the lack of money, the absence of a companion are mixed up. They must constantly find the right balance. You have to count everything and keep everything. There is no room for waste.
When the rapper Tupac said :

« Ain’t a woman alive that could take my mama’s place. »

Many rappers find themselves in this statement of Tupac, whether they lost their father when they were young, or they never knew him or lost sight of him after a separation. Brought up by strong and courageous single mothers, they have been the source of their success and the brave men they have become. 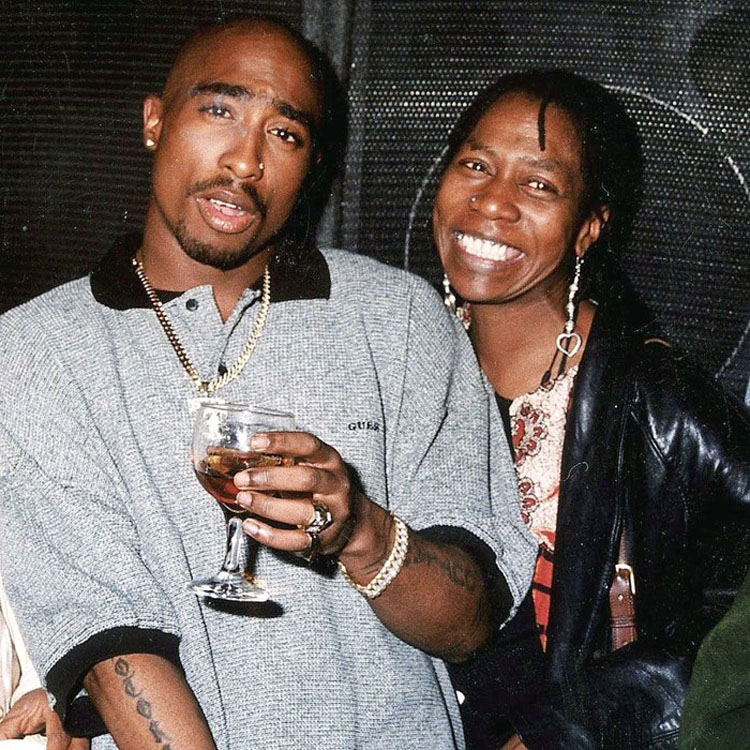 Tupac was born June 16, 1971 of Alice Faye Williams and Billy Garland. His mother changed her name to Afeni Shakur when she joined the Black Panther Party.
In 1970, she was pregnant while on bail after being charged with an attack in New York. Afeni was acquitted the following year after successfully defending himself in court. Released, she gave birth to her son a month later. Two years after Tupac, she had a daughter named Sekiya. It was from Sekiya’s father, Mutulu Shakur, another Black Panther member, that the rapper took his last name.
Tupac’s father, Billy Garland, was also a member of the Black Panther, but lost contact with Afeni when Tupac was five years old. The rapper will not see his father again until he is 23 years old.

I thought my father was dead all my life, “he told writer Kevin Powell in an interview with Vibe magazine in 1996.” I felt like I needed a dad for me, to lead the way for me and I did not have one. “

A single mother, Afeni raised Tupac and his sister alone because their father was away. She was struggling to find a job because of her involvement with the Black Panther. Due to money problems, they had to move from house to house. 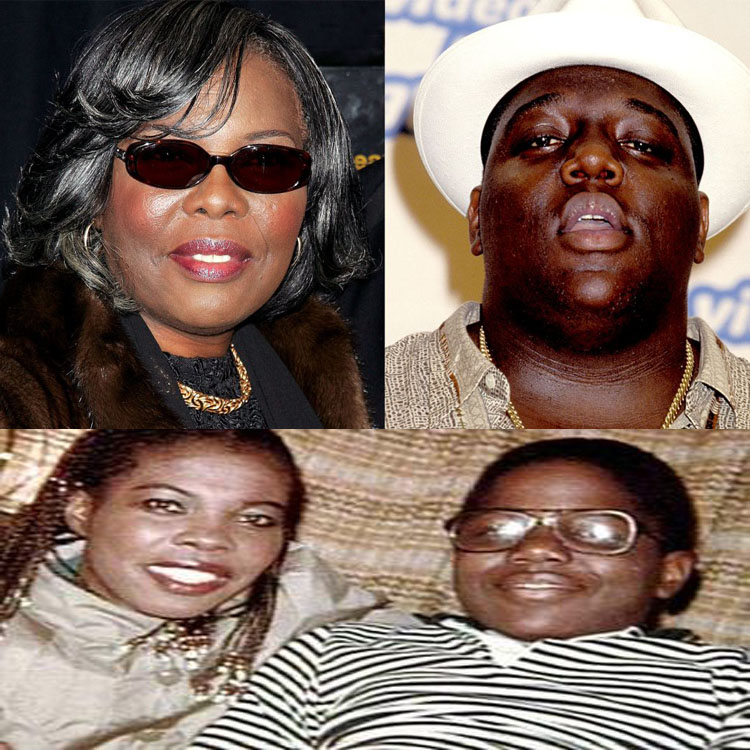 Notorious B.I.G. was raised by his mother, Voletta Wallace, after his father, Selwyn George Latore, left the family when the rapper was only two years old. Jamaican immigrant, Voletta worked as a preschool teacher. Sometimes she accumulated two jobs to provide for her child. 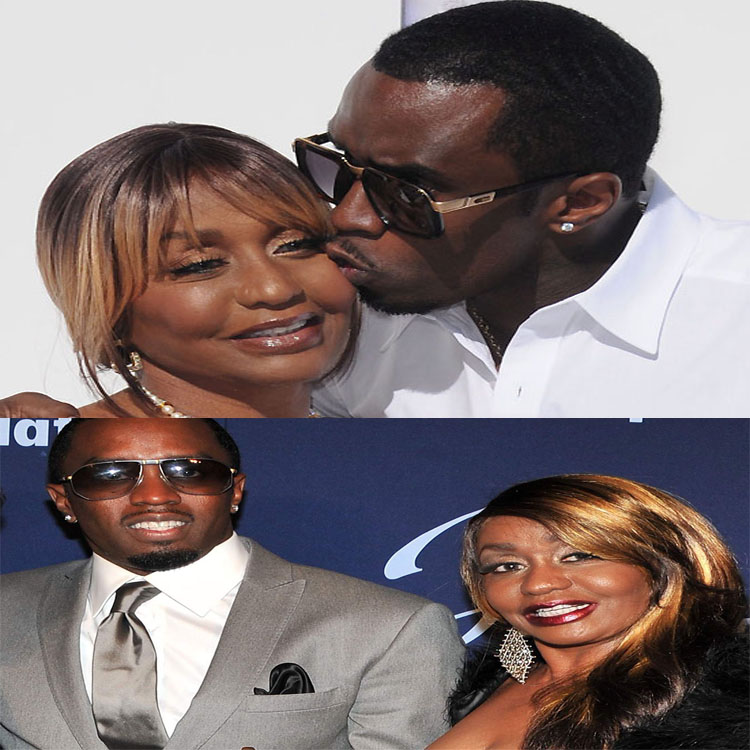 Sean Diddy Combs‘ father, Melvin, was murdered when the rapper was only three years old. Diddy was raised by his mother, Janice, in New York. She would have worked as a teacher’s aide and model to support her family. 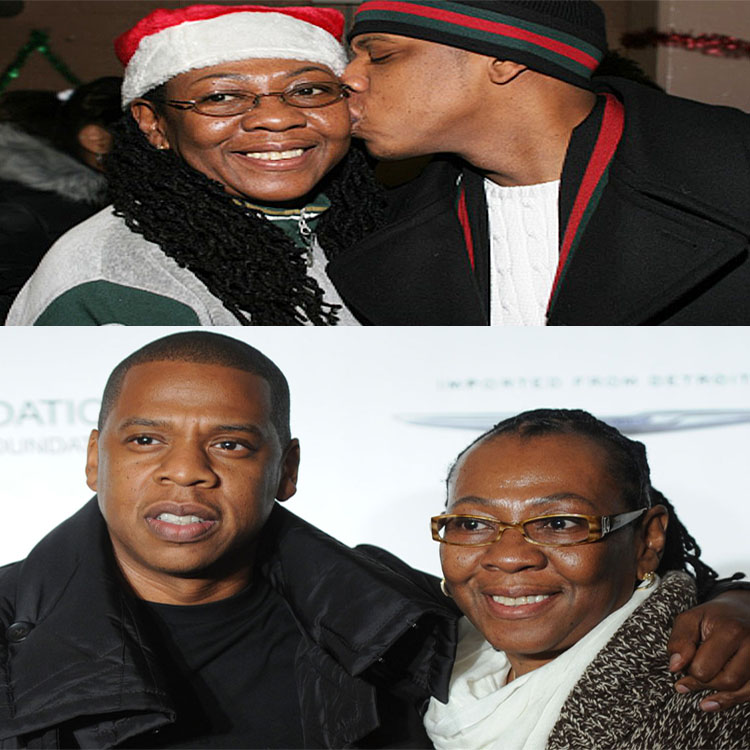 Jay Z’s father, Adness Reeves, abandoned his family when he was still a child, after 13 years of marriage. Jay’s mother, Gloria Carter, raised her four children alone. She worked during 30 years as New York City Controller from Clerk to Investment Analyst.

Later in life, Jay forgave his father, who died. 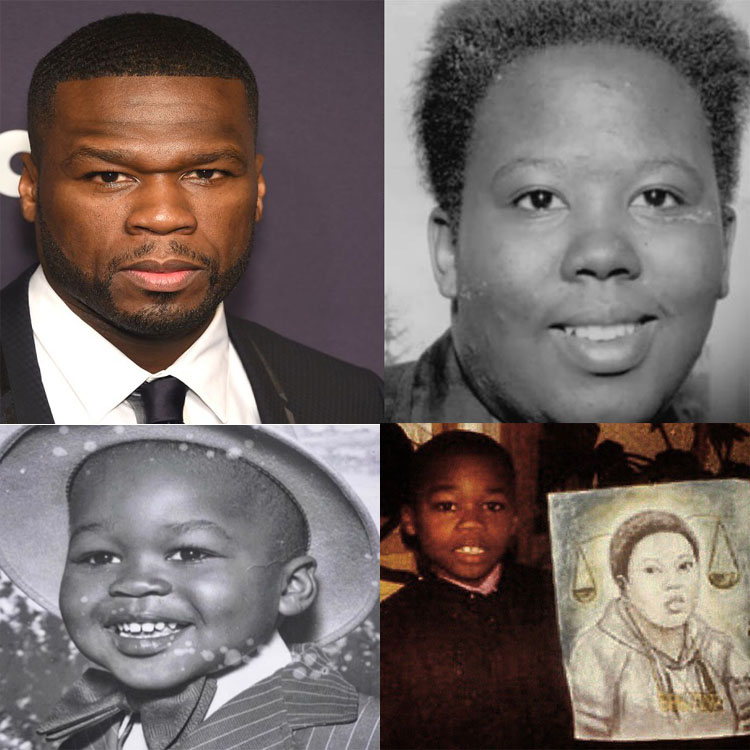 The rapper 50 Cent never knew who his father was. His mother Sabrina Jackson gave birth to her son at the age of 15. To support herself, she sold cocaine. At the age of 8, his mother died after an overdose. And his grandparents had to take care of him. 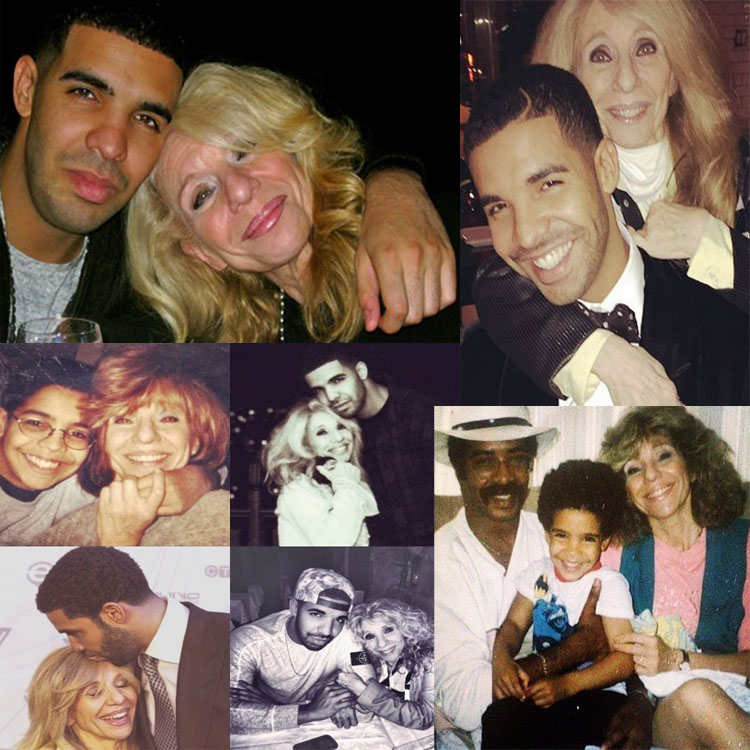 Drake is a very emotional and sensitive rapper. He has a strong relationship with his mother Sandi. During his musical career, Drake paid tribute to his mother in many songs or social media publications.
A teacher by training, Drake’s mother was married to professional musician Dennis Graham. After their divorce, Sandi Graham raised his 5-year-old son in Canada, while his dad Dennis lived in Memphis.
After Drake began his career and played a role on Degrassi, Sandi Graham dedicated his life to supporting his son, and their relationship became even stronger. 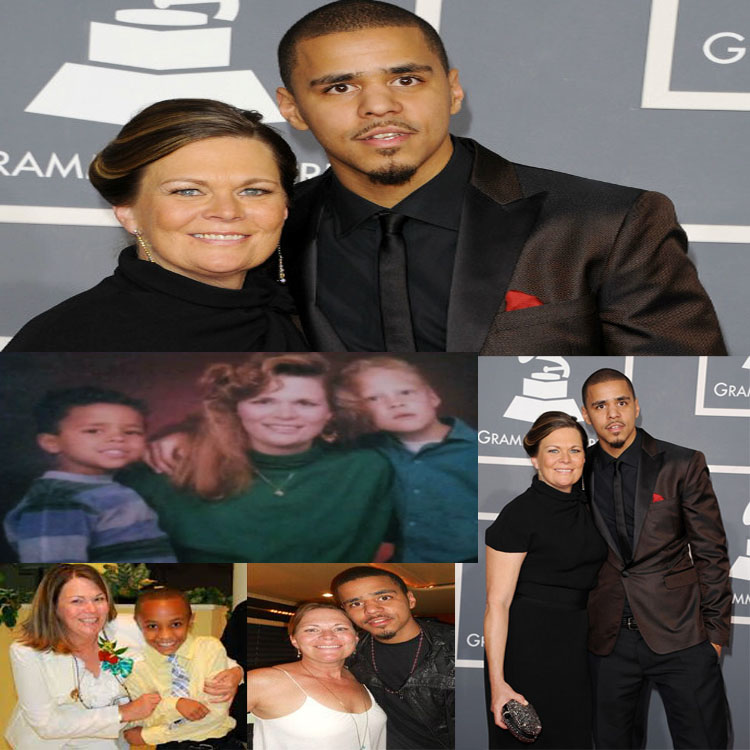 Rapper J. Cole, whose real name is Jermaine Lamarr Cole, was raised by a single mother, Kay Cole. The 29-year-old artist, whose father is African-American and the mother German, first lived on a military base when his parents were together. Since his parents separated, they lived in a mobile home in Fayetteville, California. Their lives were very hard, because they lived in extreme poverty with his brother and his mother. 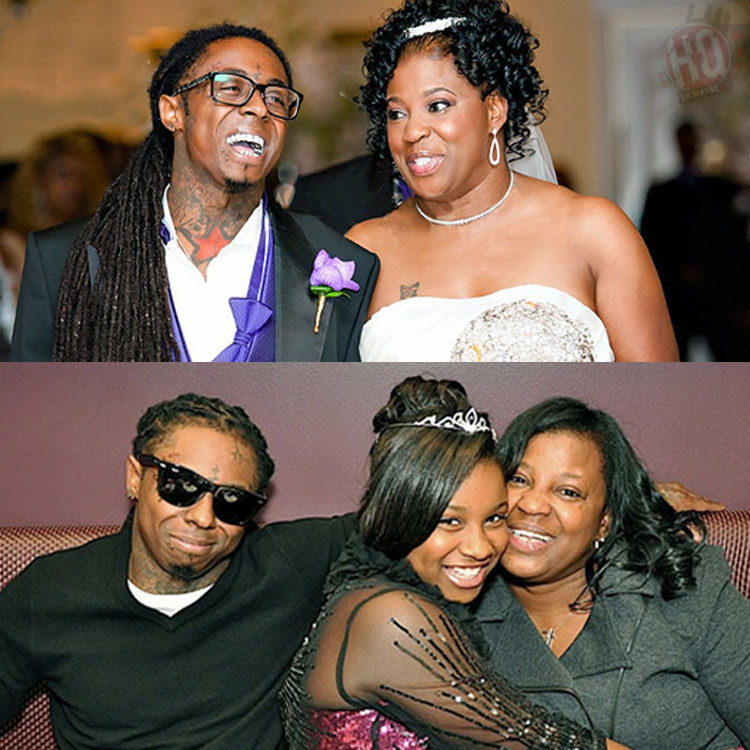 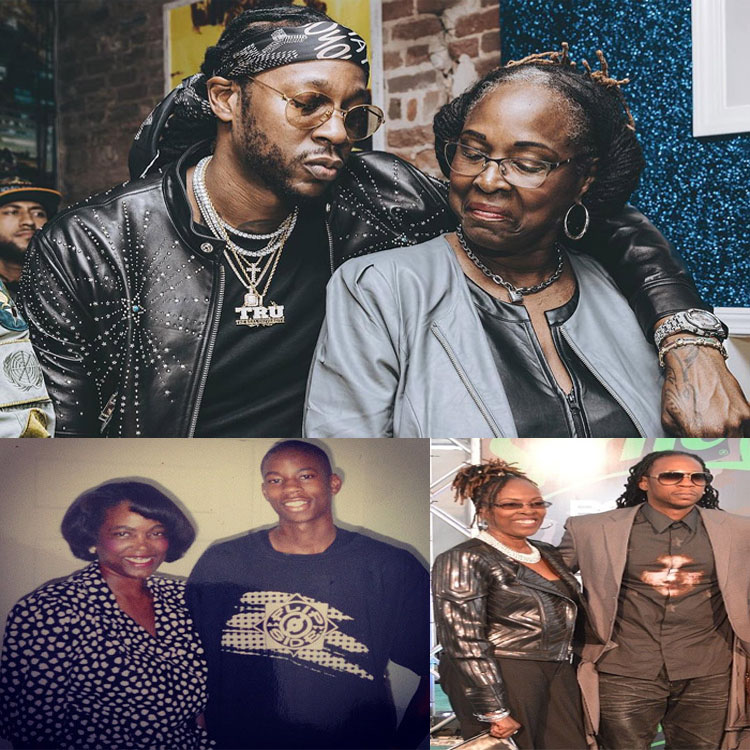 2 Chainz grew up in a complicated family in College Park, Georgia. His father spent his time getting in and out of jail. And, his mother was forced to raise alone. In an interview 2 Chainz said:
« The fact that my mom raised me, used to bother my pop. He didn’t know a woman could raise a man. And they’d have differences of opinions all the time. My pops used to tell me things from prison and as soon as he hung up my mom would say, ‘don’t listen to him,’ » the rapper said in an interview.
To help his family, 2 Chainz was selling drugs.
« I’m a supplier, » he told TheUrbanDaily in 2012. « I like taking care of people in my family. I paid the bills for 14 years. » The rapper is straightforward, as a drug supplier. « I wanted to take care of my people … When I had problems when I was young, it was my only defense. Remember, my Father was not here … I imposed myself to become a man. »
The rapper has spent hours in prison, but as he also told TheUrbanDaily:

« I am the person who can not afford more losses. . . I never want to have any problems again. It’s not worth it. » His priority today is to take care of his wife, his children and his music.

Today, thanks to the music, 2 Chainz has offered a home for his mother, who raises him alone with dignity. 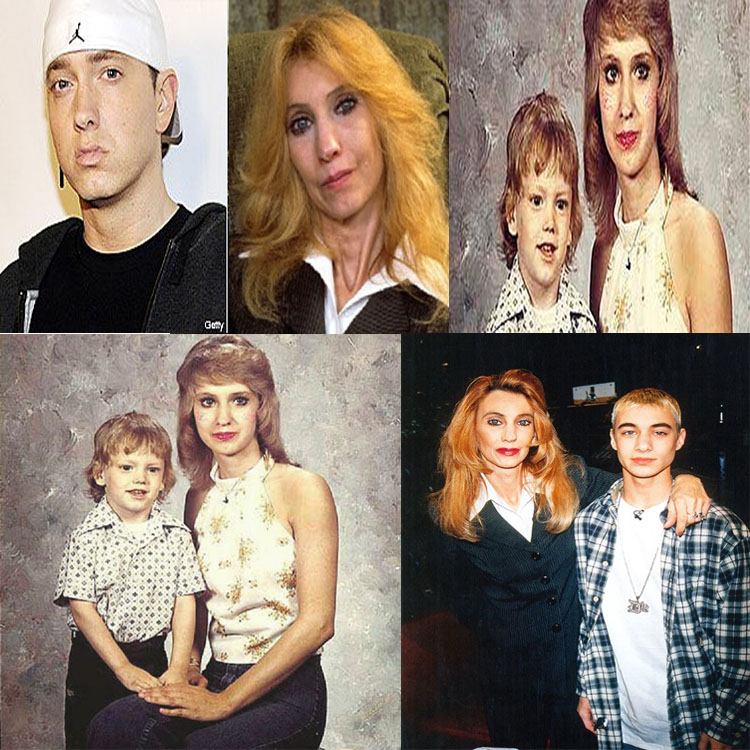 Despite their tumultuous relationships, Deborah Mathers raised her son Eminem alone as best she could, when his father abandoned them at the age of 18 months. After uttering harsh criticisms against his mom Debbie, Eminem tried to fix his mistakes in the 2013 “Headlights” song by saying:

« I love you Debbie Mathers » he said. « And I’m angry, I did not have a chance to thank you for being my mother and father ». 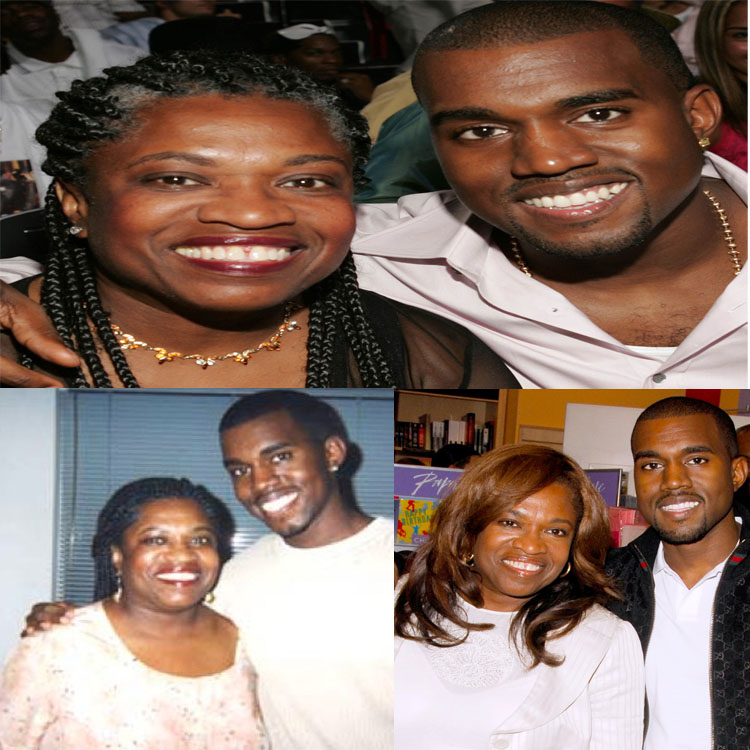 At the age of 3, Kanye West‘s parents separated. Kanye left to live with his mother, Donda West, in Atlanta in the South Shore of Chicago. Kanye’s mother was a professor and chair of the English Department at Chicago State University. She raised her son alone. Unfortunately, in 2007, she underwent cosmetic surgery. She has since died because of this operation.
At the age of 10, Kanye and his mother moved to Nanjing, China, for a year, where she taught at Nanjing University as part of an exchange program. 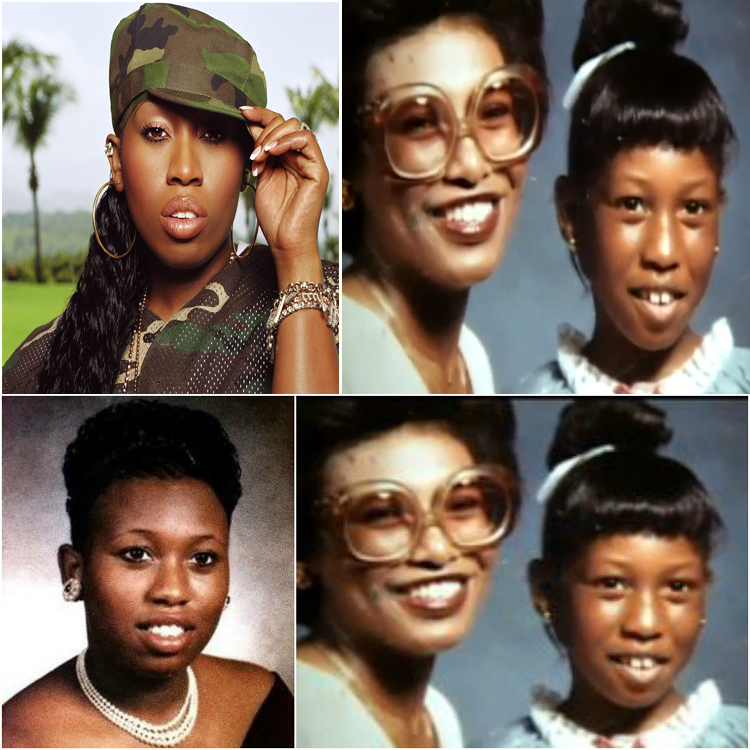 Victim of an abusive relationship, Missy Elliott‘s mother Patricia left her husband when her daughter was only 14 years old.

« We left my father with a fork, spoon and blanket. Ooooh, that was the scariest time of my life. I thought he would find us and he would kill us. I lived in fear for a long time, » said Missy Ellott 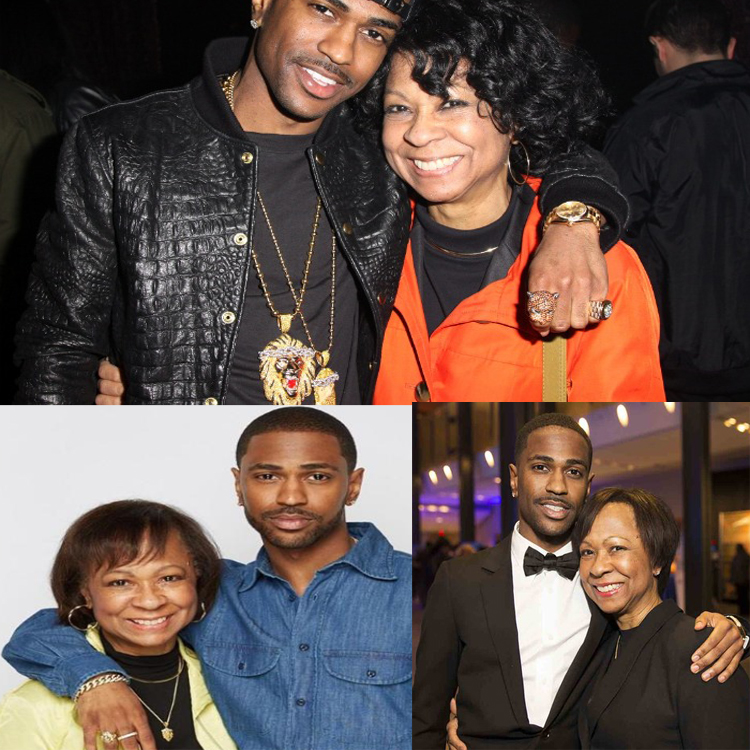 Rapper Big Sean was raised by his mother, Myra Anderson. Then after, it’s his grandmother, Mildred V. Leonard, who took care of him in Detroit. In the song “One Can Man Change the World”, he pays tribute to his grandmother saying:

« She was one of the first black women to be a police officer in Detroit. » Sean’s hometown. 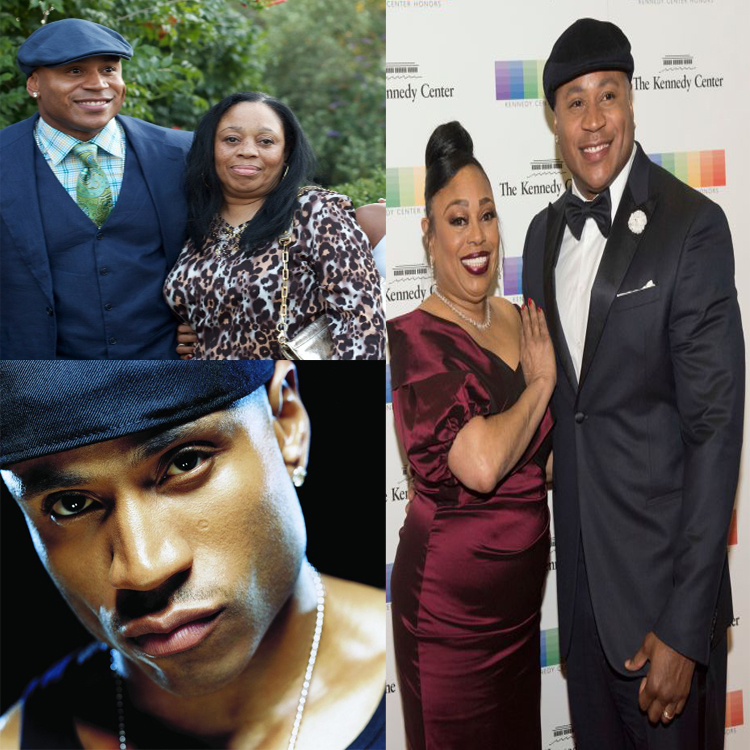 Rapper L.L. Cool J was raised by his mother Ondrea Smith. And his life has not always been easy. At age 4, he saw his father shooting at his mother and grandfather and leaving them for dead. Fortunately, they survived. Then his mom met a young physiotherapist who hit LL for years.
With hindsight, LL Cool J finally forgave this unfortunate gesture to his biological father. He made peace with him, even though he was initially reluctant to allow him to return to his life.
In an interview with Oprah, he said:
« My family is a very interesting family. My mother forgave my father… He came back into my life and made amends for a lot of things by helping to guide me with my music career early on, and kinda helping me in that area (sic). My father made a massive blunder, but he also did a lot of things right. »