Botswana: 11 most beautiful places to visit 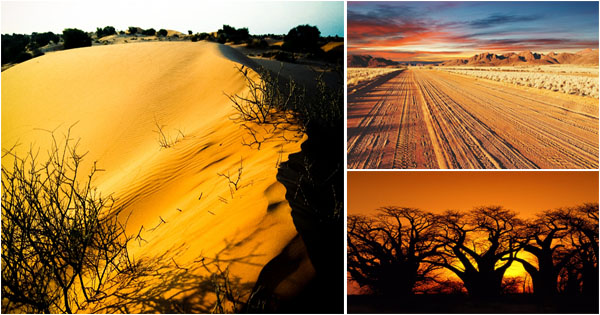 Botswana: 11 most beautiful places to visit

In southern South Africa, western Namibia, northern Zambia and Zimbabwe, Botswana is a southern African country to be visited as a matter of urgency. An exotic landscape, an exceptional fauna, a captivating flora, Botswana is the dream destination not to be missed. But, what are the 11 must-see places to visit in Botswana? 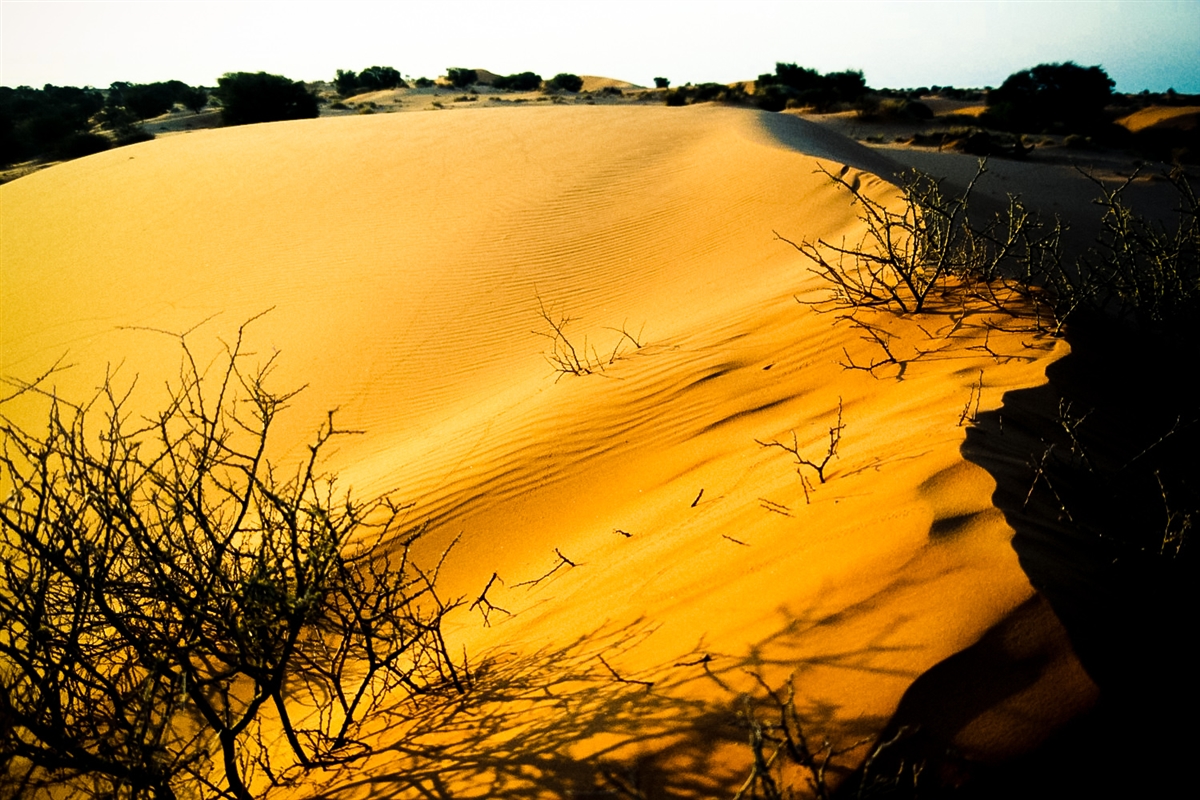 The Kalahari Desert is a real jewel in Africa. Indeed, Kalahari covers seven African countries (Botswana, South Africa, Zambia, Zimbabwe, Namibia, Angola and Congo). This desert is characterized by an immense basin of sandy sediments of 1.2 million km². In this desert, there are trees, magnificent dunes, great rivers and gigantic reserves and natural parks. In Kalahari, there is the last Stone Age people in the world “the Bushmen of the San tribe”, who have lived there for more than 20,000 years.
In addition, tourists will be very happy to visit the Central Kalahari Game Reserve, which remains the favorite destination for its wildlife, flora and landscapes. The reserve is very large and covers about 52,000 km².
What activities to do in the Kalahari desert? 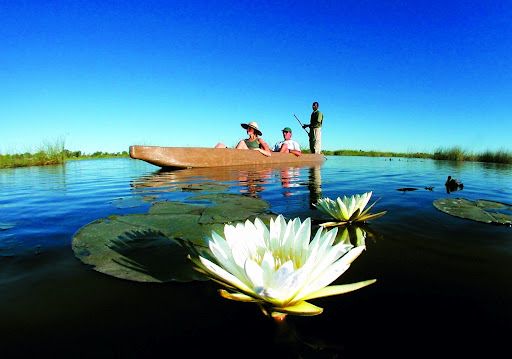 Nicknamed “the river that does not find the sea”, the Okavango Delta is the second largest inland delta in the world, with 18,000 km². This magnificent delta is a veritable labyrinth of lagoons, canals and islands. With its wild expanses and diverse fauna, it attracts tourists from around the world. Tourists are delighted to see lions, buffaloes, kudu, wildebeest, cheetahs, elephants, hippos, zebras, etc. The delta is also home to more than 400 species of birds such as the Royal Crane, Sacred Ibis, African Fisherman’s Eagle, etc.
To the west of the delta is the reserve of Morémi. Splendid landscapes, varied fauna, marshland region, the reserve of Moremi is the most beautiful of Southern Africa.
What are the different activities to do at the Okavango Delta? 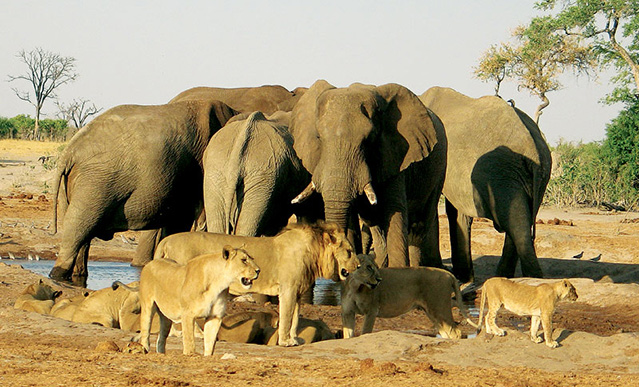 The Moremi Nature Reserve lies to the west of the Okavango Delta. It is considered the most beautiful reserve in Southern Africa. In 2008, this park was voted “Best African Wildlife Reserve” by African Travel and Tourism. The nature reserve of Moremi is a protected area. There are more than 400 species of migratory birds, rich and diverse fauna. For the small anecdote, it was the Batawana inhabitants of Ngamiland led by the wife of Chief Moremi III who took the initiative to declare Moremi’s reserve in a protected area in 1963. They acted in this way To face an uncontrollable hunt, a rapid impoverishment of wildlife and thus save the land from their ancestors.
What are the different activities to do in the nature reserve Moremi?

Abundant wildlife, stunning scenery, Chobe National Park is a must-see site in Botswana. It is located in the northeast of the country and covers more than 11,000 km². In 1968, the park of La Chobe was created. Since then, the park attracts visitors from all over the world, who come to recharge their batteries on the banks of the Chobe River, to rave before a large concentration of animals (antelopes, lions, zebras, monkeys, cheetahs, impalas, warthogs, Guibs, hyenas, jackals, hippos, pans, etc.). But also, they come to observe the different aquatic birds in the swamps of Savuti. The Chobe reserve is world famous, as it concentrates pachyderms.
Quelles sont les différentes activités à faire au parc national de la Chobe ? 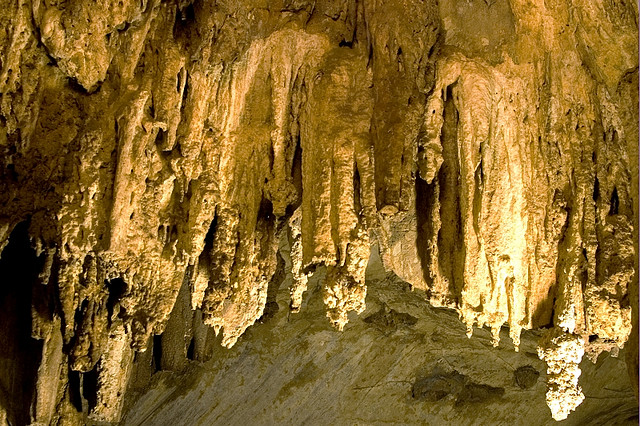 The Gcwihaba caves are one of the wildest destinations in Botswana. It is an underground labyrinth with caves and wells. The caves can measure up to 10 meters high, with very varied sizes. This cave system has two large cavernous entrances and a rich variety of secondary cavernous formations such as stalactites and stalagmites. Some caves are so tiny, that visitors have to bend, crash, crawl on their stomachs to get through. The related passages are in stalagmites and stalactitform formations. The stalactites measure up to 6 meters high. They form columns which support the ceiling of the cave. On the cave walls there are thousands of bats, which are totally harmless. Be careful, do not go too close, otherwise you have to face a horde of bats that fly over your heads.
Since 2 million years ago, the caves of Gwihaba are part of the Kalahari landscape. In 1974, the scientific study of Cooke and Ballieul revealed that the cave contains sediments for regional paleoclimatic reconstruction.
After each visit, the cave is closed to protect the composition of the indoor air. There were major archaeological finds in the Gwihaba cave. For example, bones and fossils have been discovered.
What are the different activities to do at the Gcwihaba caves?

6.  The hills of Tsodilo (North Botswana)

The hills of Tsodilo are spectacular, magnetic and spiritual. Impressive, the hills of Tsodilo seduces many travelers, as they plunge you straight into antiquity. With its rock paintings, its copper-colored wall, Tsodilo is a mystical place where the spirits of the ancestors of the San and Hambukushu tribes reign. These two peoples have occupied the hills of Tsodilo for more than 200 years.
Various archaeological research claims that Tsodilo was inhabited for the last 100,000 years. It is considered to be the oldest historical site in the world. The researchers discovered sculpted bones, stone tools, glass beads and shells, pottery dating back 90,000 years.
The first Tsodilo, called Divuyu, were Bantus. Research indicates that the Bantu (from Central Africa) lived in the Tsodilo Hills for more than 1000 years. They were breeders who lived on the plateaus. They traded Congo copper jewelry, Atlantic shells and glass beads in exchange for furs.
The most famous paintings are “rhinoceros polychrome and Eland panel, located on a cliff overlooking the African desert outbreak”
In 2002, Tsodilo was declared a Unesco World Heritage site, due to its exceptional historical and cultural importance. There are schematic drawings with geometric patterns on the hills of Tsodilo. 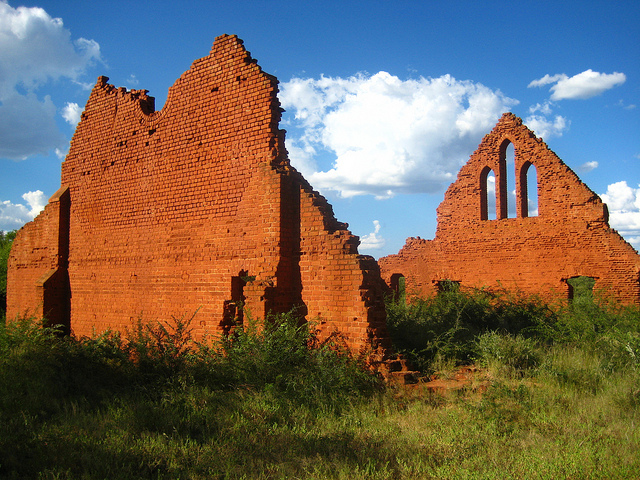 Old Papapye is a historical and cultural site, which contains artifacts from the Stone Age and Iron Age. There are rock paintings, stone walls, remains of a prison and historical tombs. The church missionary society of London (1891 and 1894) remains the most remarkable site. It is observed that the front and back of the burnt bricks still stand.
In the history of the Botswana, the Old Papapye mark their history. It remembers the restriction of the penetration of the Ndebeles into Rhodesia.
In 1938, the Old Papapye is classified national monument, under the jurisdiction of the national museum and monuments. 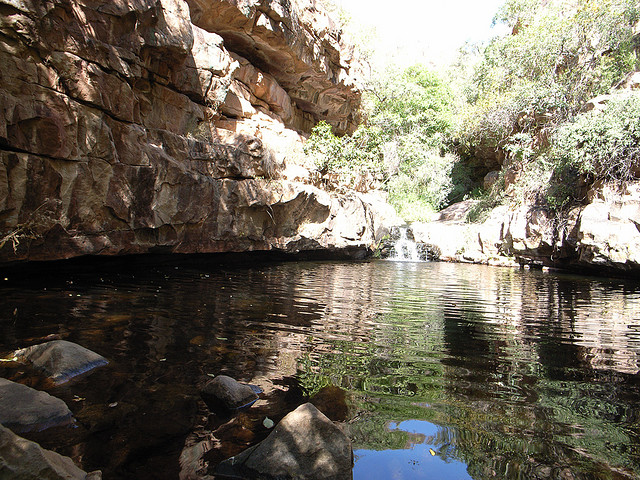 The hills of Tswapong reach over 400 meters above the surrounding plains. Tswapong has historic, archaeological, natural sites and consists of ferruginous sandstone and quartzite.
At the foot of Tswapong Hill, there are over 300,000 people living. Precisely, they are missionaries and European hunters.
Traces of the first Bantu of Central Africa have been discovered in the Tswapong gorge. To this are added small pottery items.
There are also wild animals (baboon, leopard stork, hyena tec.) And over 350 species of birds (black stork, black eagle, meyer parrot, etc.) in Tswapong. There are still a hundred species of butterflies. 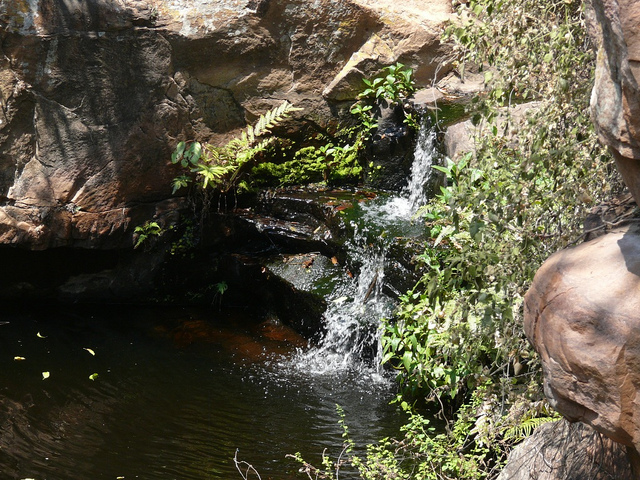 The Moremi gorges are located in the hills to the east of Botswana. It is the source of three permanent waterfalls. The highest waterfall is 10 meters high, while the remaining two are smaller.
The gorges of Moremi are a national monument, managed by the Ministry of National Museum, Monuments and Art Gallery. This monument involves local residents in the development of the non-consumption area of ecotourism. For the residents, the region is very important spiritually (land of their ancestors) and religiously.
What activities to do in Moremi gorges? 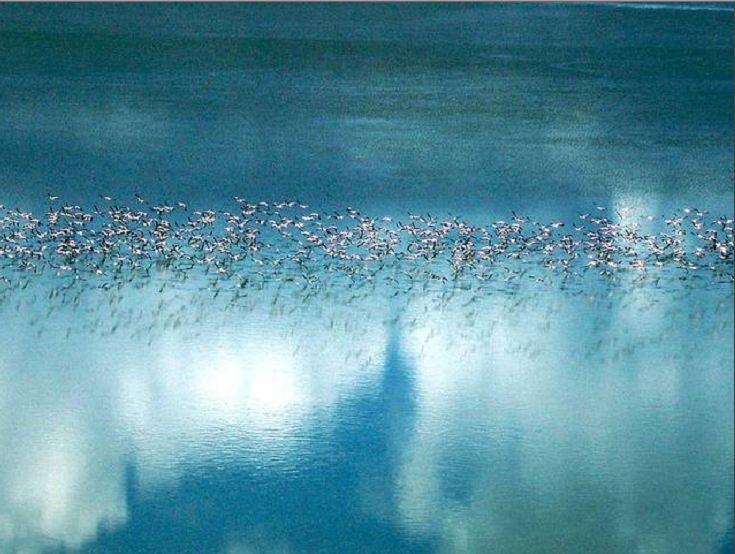 The Makgadikgadi Pan is one of the largest salt marshes in the world and measures 12,000 square kilometers. It is located in northeastern Botswana, surrounded to the southeast by the Kalahari Desert and the Okavango Delta. The landscapes of the Makgadikgadi are unique and do not resemble those of the classical desert. Indeed, flat and austere terrain, extended relief, the Makgadikgadi merges with the beautiful blue sky.

Vast meadows, acacia woodlands, the Makgadikgadi Game Reserve is a place to visit. It has an area of 3,900 square kilometers. You can see magnificent pink flamingos, zebras, wildebeest, etc.

In the form of a crescent, the island of Kubu is one of the most popular destinations. Indeed, Makgadikgadi Island is called Kubu, a rocky outcrop in the vicinity of the southwest coast of Sowa Pan. The island of kubu is characterized by rolled pebbles, ancient water levels of the prehistoric mac, slopes strewn with fossil beaches, rocks covered with guano fossilized with perched water birds.
In the island of Kubu, there are magnificent and immense baobabs with strange shapes. Kubu is an archaeological, historical and cultural site. The researchers found tools and arrowheads dating from the Stone Age. It is found along the shores. 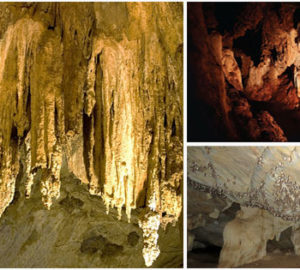 Discover the Gcwihaba Caves in Botswana 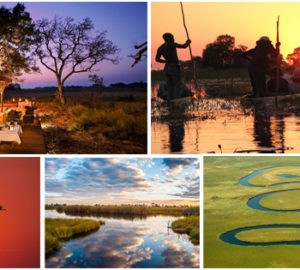 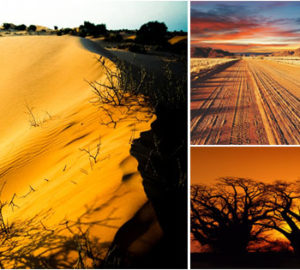