Meghan Markle: Celebrities and Twitter users stand up and support the Duchess of Sussex

Meghan Markle: Celebrities and Twitter users stand up and support the Duchess of Sussex

Misogyny, sexism, racism, harassment, since her marriage to Prince Harry, Meghan Markle has endured and endured all kinds of insults and lies about her. Despite this incredible harassment, she has remained dignified and fights to make the lives of others better through her actions and charitable donations. Together with her husband Prince Harry, she created the Archewell Foundation to change the world and help people in need.

But for the past 5 years, the British tabloids have never left her alone. He never stops lying about her and slandering her. But what has Meghan done to them? They have no mercy for lying, harassing, slandering a PREGNANT YOUNG WOMAN DURING HER PREGNANCY. We are all here watching the suffering of this poor young woman. Who struggles daily to reconcile her family life in the spotlight..

What really bothers them? Is it her mixed race or the fact that she is American that bothers them? Are they jealous of their popularity? Why do her tabloids go out of their way to destroy Meghan by writing over 30 negative articles a day against the Duchess? What is their goal? Why this smear campaign? Who is asking them to do this?

We don’t understand. We watch with sadness as their media jealousy descends on Meghan and swallows her like hungry wolves. But too much is too much. 5 years of harassment, oh God, these tabloids have no humanity, no pity. The Duchess of Sussex is completely dehumanized in their articles. Every day they demonize Meghan. They want to smear her reputation. Despite the pandemic, nothing stops these people.

Their aggressiveness has increased since Harry and Meghan are going to give an exclusive interview on Oprah. Where, we will all have the chance to hear their point of view FINE. After all their lies about Meghan repeated over and over again, the Sussex couple is right to tell the truth and explain to the world all the suffering and harassment they have endured.

In response to allegations of bullying made by palace aides to The Times, a spokesperson for the Duke and Duchess of Sussex says: https://t.co/tycXEGInll pic.twitter.com/cEuPHQrpXl

In this storm, the Duke and Duchess of Sussex show the victim of harassment that they must be brave and fight for justice and truth. They deserve happiness, after all these difficult trials. Prince Harry has already lost his mother to the harassment of the tabloids. And now they are harassing his wife Meghan. All this is not fair. What kind of unjust world do we live in?

Now that her interview with Oprah is approaching. Earlier this week, the Sunday Times published a report stating that Meghan allegedly intimidated Kensington Palace staff by citing anonymous sources and emails from officials.

The victim was turned into a stalker by these tabloids. While the real stalkers continue to defame her on TV, radio, newspapers and the Internet. And this sordid story has been going on for 5 years.

A representative of Meghan said :

“The Duchess is saddened by this latest attack on her character, particularly as a person who has been the target of intimidation herself and who is deeply committed to supporting those who have experienced pain and trauma.

Meghan and Harry’s lawyers even went so far as to claim that the Sunday Times was “being used by Buckingham Palace to peddle a totally false story”.

Around the world, Twitter users and celebrities were outraged and horrified by this smear campaign against the Duchess of Sussex. On social networks, they decided to express their full support for Meghan Markle.

Meghan Markle and I spent the better part of a decade working together on Suits. From day one she was an enthusiastic, kind, cooperative, giving, joyful and supportive member of our television family. She remained that person and colleague as fame, prestige and power accrued.

Find someone else to admonish, berate and torment. My friend Meghan is way out of your league.

I have known Meghan for 17 years.
Here’s what she is: kind, strong, open. Here’s what she’s not: “a bully”.
ANY of us who know her, feel the same thing from her broken silence: Relief.
The truth shall set you free.

Those British papers really cannot tolerate that Prince Harry loves a black woman. He was right to leave. I don’t even think it was a hard decision. They will never ever stop trying to tear Meghan apart. It’s absolutely grotesque.

And for his family to question that decision, and do all these passive aggressive things to try and get ahead of the Oprah interview. To punish him for protecting his wife and babies. Smh. It’s a shame. I know they are fine but I feel for them nonetheless.

My timeline is very pro Meghan Markle which I love. But I just scrolled some of the comments on a news site’s post & it was almost shocking that people hate her so much. I worry about people’s sanity who can attach so much hate to someone they dont know. 🤯

Do y’all find yourselves getting mad as HELL every time they talk sideways about the Duchess Meghan?

IF THIS IS WHAT THE ROYAL FAMILY IS COMFORTABLE DOING TO A HEAVILY PREGNANT WOMAN PUBLICLY…. can we even IMAGINE what they put her through privately? They seem terrified. Her interview hasn’t even aired yet. What are they covering up? The stench of their desperation is rotten.

So lemme just get this straight. The palace were fine with all of Meghan’s “bullying” for years and years until a few days before they fear she may out them publicly. Seems like a legit claim. Maybe Andrew didn’t go to Pedo island with Epstein, maybe it was MEGHAN DRESSED AS HIM!

It’s also possible the Duchess of Sussex is a good person thrust into an unimaginable world. Having spent 3 years working with her in her pre-Duchess days, I saw a warm, kind, caring person. I know nothing of her current situation but she gets the benefit of the doubt in my book. https://t.co/7JD3ig6tws

Keep Meghan Markle’s name out of your damn mouth. You are racist.

MARKLE SAYS ROYALS ARE “PERPETUATING FALSEHOODS”: The co-hosts weigh in after Buckingham Palace announced they are investigating claims that Duchess Meghan Markle was abusive to the palace staff. https://t.co/cVclFZyKV0 pic.twitter.com/sAzuwuQ7lo

You know how bullies often get away with it until people compare notes and look really closely at the situation?

Here’s a look at 24H of attacks on Meghan Markle by the UK’s main right-wing newspaper websites. (Time period: 4 March 2021)

Institutionalised racism, and then some! pic.twitter.com/e9kNjU5eBI

“Their is an active role that the firm is playing in perpetuating falsehoods about us.” – Meghan Markle

The palace today & their minions, actively participating in framing her while she is pregnant as a “bully” with a so-called “investigation”.

Thank you for proving her point. pic.twitter.com/VZQk4sIoNC

5 White Men discussing how Meghan Markle killed Khashoggi with her ear rings, bullied people like the Home Secretary, & has scared the living daylights out of the establishment without having said anything, yet

The character assassination of Meghan Markle by the press is insane and so blatant! Yet Prince Andrew is out here…. let me not even start

They’re going to shit themselves when they hear about Prince Andrew. https://t.co/tfjSgsLRnL

We’re getting to the point where if Meghan Markle were to take a posy offered to her, the press would report it as:

I mean can you see the problem here? pic.twitter.com/DdBI6jMUT5

Meghan Markle’s co-workers: We love her! She so kind!

You racist palace aides and reporters: She’s so mean! She won’t let us bully her in peace!!!

british media: meghan markle failed to notice the asteroid that will kill us all

Continue to support justice and truth. Meghan will speak out about the “lies” perpetuated by the firm in an interview with Oprah, which will air on CBS on March 7 at 8 p.m. 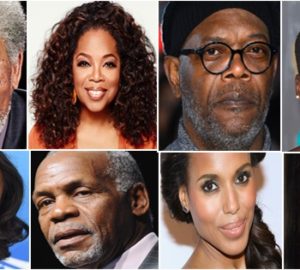 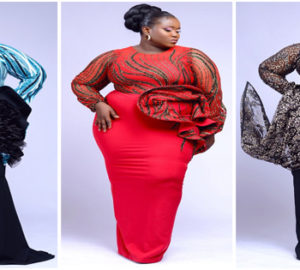 African plus size fashion by Makiaba