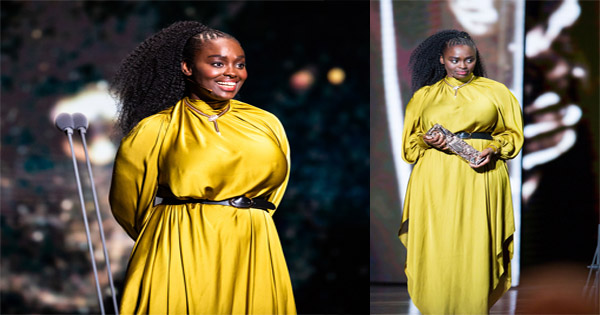 Aïssa Maïga is a French actress and an activist for equal opportunities. During the César ceremony, she made a very poignant speech for a greater representation of minorities in French cinema. By coming to present the Cesar for Best Female Hope.

She begins her argument with strong sentences:

“We are a family, don’t we say everything?”

“We survived whitewashing, blackface, tons of dealer roles, Bwana-accented housekeepers. We have survived the roles of terrorists, all the roles of hypersexualized girls … “, she listed in her speech which gradually turned into a more frontal indictment, opposing, on the one hand, those who” do not are not impacted by questions related to invisibility, stereotypes or the question of skin color “and on the other” good blacks, Asians, Arabic … who leave you alone “.

Courageous, she demonstrated point by point that French cinema still has enormous progress to make so that everyone is presented. She counted the number of blacks in the Pleyel room. And unfortunately, of all the actors of known diversity, only 12 were invited. How unfortunate.

The public was embarrassed because every words are true. Yes, we’re talking about equal opportunities, black, white, butter, more diversity and tolerance. But in 2020, it is very difficult for a minority actor to break into French cinema. There is a real divide between French multicultural society and French cinema. Many actors from diverse backgrounds are forced to go into exile to make a living from their professions or to stop their careers altogether. Racism and fear of others are still an obstacle for many people to be able to make a living from their work. But when tell me, things will change.

Discrimination in employment, difficulty in finding accommodation, lack of representation in French cinema or others, minorities remain invisible to everyone.

Aïssa Maïga had the courage to say loud and clear what everyone already knows. A truth that many don’t want to hear. But to evolve and promote equal opportunities for all, things have to be said. Even if it may shock.